Mali is slipping back into chaos 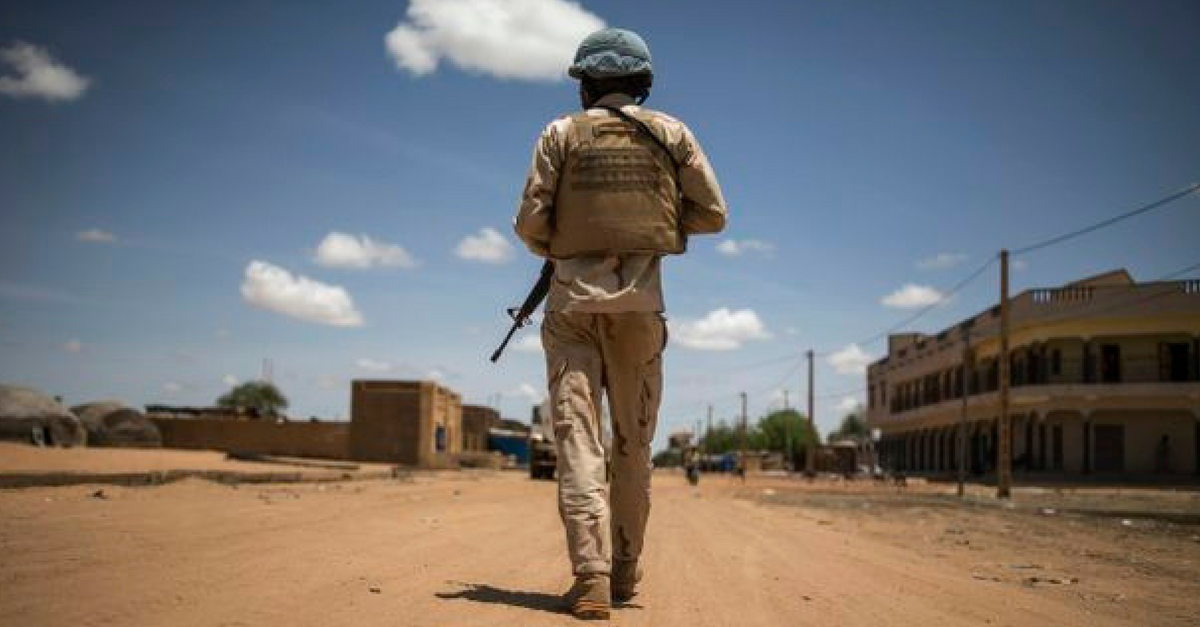 Mali experienced a rare glimmer of stability this month. Although voter turnout was dampened by security fears, the country pulled off the second round of a presidential election on Aug. 12. The incumbent, President Ibrahim Boubacar Keita, handily defeated the challenger, Soumaila Isse, in an election that was declared generally free and fair. While a polling worker was killed, the run-off marked a stark improvement on the first round of voting in July, when one-fifth of all polling places were closed due to violence. But don´t be fooled. While the capital, Bamako, seems calm, Mali is anything but stable.

Long heralded as an oasis of stability in the turbulent Sahel region, Mali is slipping back into chaos. A combustible mix of political, communal, criminal and extremist violence once confined to the desert northern regions is metastasizing, spreading to the country’s interior. The country is not experiencing a civil war so much as a multidimensional security crisis that threatens to engulf it and spill over into neighbouring Burkina Faso, Niger, Algeria and Mauritania. Despite a succession of peace support missions, the situation is starting to resemble another hot spot long occupying global headlines – Afghanistan. Some Mali watchers question whether there is any peace to keep at all.

Mali’s latest downward spiral took the aid community by surprise. For decades the country was patronizingly labelled a “donor darling” – a well-behaved low-income democracy. Provided a modicum of order prevailed, a degree of political corruption, illegal resource extraction and simmering ethnic resentment was tolerated. But decades of neglect contributed to a meltdown in early 2012. Within weeks, half of Mali was overrun by Tuareg rebels and Islamist secessionists, including hardened mercenaries from the Libyan civil war. By March that year, a military coup in the capital, Bamako, deposed the president.

A string of security interventions have tried to stitch Mali back together again ever since. Their mandates are not uncontroversial, including conducting counter-terrorism operations, protecting civilians, dismantling armed groups and restoring government presence in contested areas of the country. As it has done in its other former colonies, France was the first to respond, launching Operation Serval in 2013. They followed up with 3,000 counterinsurgency troops as part of Operation Barkhane in 2014. The French are working alongside the G5 Sahel Joint Force, a hastily assembled coalition to fight jihadis and which includes Burkina Faso, Chad, Mali and Mauritania. Meanwhile, the European Union has also deployed missions to build security sector capacity and to train the military.

The United Nations, for its part, is struggling mightily to implement its mandate, which is focused on enforcing a new peace agreement, protecting civilians, restoring state authority, extending the rule of law and dismantling dozens of armed groups. Launched in 2014, the UN stabilization mission – known as MINUSMA – includes more than 15,400 peacekeepers, police and civilians. But the UN is in lockdown, and not without good reason. The blue helmets, including 250 recently arrived Canadians, are routinely targeted. At least 169 peacekeepers have been killed since the mission got under way, which explains why MINUSMA is described as the world´s deadliest peace-support operation.

Given their overlapping mandates and difficulties in enabling stability, the international presence in Mali has come under fire. What most critics still fail to recognize, however, is that contexts such as Mali are less the exception than the rule. Whether in Mali or other war-affected countries, organized violence increasingly fuses legitimate political grievances with naked economic opportunism. In fact, most of the world’s 70 active armed conflicts are low-intensity and protracted, involving multiple rebels, militia, criminal gangs and extremist groups competing for power and profit. Distinguishing combatants from civilians in these environments is exceedingly difficult, and such wars are often made even more complicated by the involvement of armed factions from neighbouring countries. They are also devilishly hard to contain, much less resolve.

One of the most critical impediments to peace in Mali is the proliferation of armed groups. A 2015 peace agreement – the Algiers Accords – was supposed to help move the process forward. Today, two coalitions – the pro-rebel Mouvements de l’Azawad (CMA) and the pro-government Plateformecoalition – assemble dozens of unruly factions. Meanwhile, jihadi groups excluded from the peace deal – including al-Qaeda in the Islamic Maghreb, al-Murabitun, the Islamic State, Ansar al-Din and Boko Haram – are fanning the flames of communal violence. According to the International Committee of the Red Cross, this is the new normal: Almost half of the world’s continuing civil wars are waged by between two and nine armed groups and a quarter involve 10 or more.

The conventional approach to dismantling armed groups is to integrate a small selection into a reconstituted army and to disarm, demobilize and reintegrate (DDR) the rest. Yet, in war-ravaged countries, armed groups are treating DDR as a business opportunity, franchising their operations to take advantage of the cash benefits on offer. In Mali, the UN has already built eight cantonment sites to receive eligible fighters from both the CMA and Plateforme. So far, they are empty: Few former combatants have shown up because the government and various rebel factions are wrangling over who is eligible or not. The government has set a ceiling of 4,900 would-be beneficiaries, while rebel groups are demanding at least 9,200. These differences have effectively paralyzed the peace process.

One approach that does seem to be generating results are the UN´s highly localized efforts to reduce community violence, especially in areas where DDR is anticipated. These efforts are focused not so much on rebels or extremists, but rather at-risk youth and affected communities in hot spots across the country. More than 90 violence-reduction interventions have been carried out since 2014, including with support from Canada. Most of them focus on building solar-powered water wells, setting-up animal-husbandry projects, building schools and clinics and constructing other public goods in areas long-neglected by Mali’s government authorities. The goal is to demonstrate the tangible dividends of peace, working with locally appointed committees to define priorities, execute projects and manage them.

Mali is in some ways the archetypal 21st-century crisis. It is fiendishly complex, protracted, and hard to solve. To wit, the country is on its fifth peace agreement since the 1990s. Bringing peace to countries such as Mali is not likely to get any easier. The global appetite for costly peacekeeping missions is declining fast. And growing threats around the world are diverting attention from conflict-prone landlocked countries in the middle of Africa. This explains the UN Secretary General´s plea for greater investment in conflict prevention. While still important, top-down peace deals, intensive peacekeeping and DDR programs cannot generate results on their own. An inclusive political compact is essential, but so too are community-driven interventions that reduce violence by empowering communities from below.