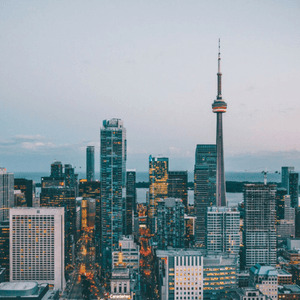 How Toronto can curb gun violence

Robert Muggah is the executive director of the SecDev Group in Ottawa and co-founder of the Igarapé Institute in Rio de Janeiro. Richard Florida is a professor at the University of Toronto’s School of Cities and Rotman School of Management and author of The New Urban Crisis.

A shadow hangs over Toronto after Sunday’s shooting on the Danforth. The recent killing spree follows on the heels of a vehicle attack on Yonge Street this spring and a raft of shootings, including one with small children in the crossfire last month. The city’s international reputation as a multicultural success story seems at risk, as Torontonians fear they are succumbing to the twin threats of gun violence and terrorism vexing other global cities.

Toronto is clearly facing a troubling surge in gun violence. The city has already registered 228 shootings and 29 gun deaths in 2018, up considerably from 84 shootings and 17 gun homicides this time last year.

Curtailing the local supply and demand for firearms is essential. Most Canadians agree: nearly 70 per cent of them think firearms should be banned from urban areas. Politicians are receptive to the idea. Toronto´s mayor has publicly questioned whether guns should be permitted within the city limits and the federal government is floating proposals to ban handguns outright.

There are also calls to restore Toronto’s Anti-Violence Intervention Strategy, a specialized, tactical policing unit that was phased out last year. While programs such as this can help, they can also stoke the flames of racial discrimination. In a cosmopolitan city such as Toronto, the militarization of public security and expansion of police powers can do more harm than good.

To stem gun violence, the city and region should act quickly on at least two fronts.

The first priority is to reknit the city’s fraying social fabric, especially in its most disadvantaged areas. Toronto´s middle class is eviscerated. The city is evolving into small pockets of concentrated economic advantage, surrounded by larger expanses of concentrated disadvantage. People living in the city can feel the mounting anger and anxiety over these growing divides. Fear of mass shootings intensifies their angst.

While lone shooters and terrorist attacks make global headlines, the reality is that most gun-related deaths rarely make the front page. Most of them are clustered in socially and economically marginal neighborhoods. Many lethal shootings are connected to turf wars between highly territorial rival gangs. The key to turning around gun violence requires mobilizing the marginalized communities that are most affected by it.

Sociologist Patrick Sharkey is adamant that strong communities were pivotal to the monumental crime decline across U.S. cities over the past two decades. Community-based organizations were essential to revitalizing hard-pressed neighbourhoods. An approach that focuses on improving police-community relations and strengthening social cohesion in degraded communities would do well in Toronto, a city of neighbourhoods.

The second priority is to carefully apply smart technology to help deter urban violence. Violent crime, as well as terrorism, are frequently non-random events that cluster in time, space and among at-risk groups. Massive advances in computing power and machine learning are making it possible to sift through huge quantities of data to more rapidly identify the places and times where violence occurs and will likely occur.

When city authorities and civic groups have access to real-time data – whether generated by crime-mapping software, CCTVs or smart lights – they are more likely to detect crime before it occurs. These technologies are more cost-effective than those tracking gunshots. Any new technology must be implemented in such a way that it protects civil liberties and does not discriminate against specific groups. Local government and police will need to work with neighborhoods and communities to impose strict standards on data collection and privacy.

Before we all panic, we should remember that Toronto is still the safest big city in the Americas and the fourth safest in the world. Toronto has lower levels of criminal violence than virtually any other city of a similar size in North America. Its homicide rate of just 1.4 for every 100,000 people last year is still far less than that of Edmonton (3.5), Winnipeg (2.9), Vancouver (2) and the country as a whole (1.8).

As bad as things may feel right now, Toronto has experienced far worse. Don’t forget that 2005 was declared the year of the gun, after the city experienced 80 murders, 52 of them gun related. The situation was even worse back in 1991, when the murder rate shot up to 3.9 for every 100,000. If Toronto makes wise decisions now, the city can nip the latest wave of violence in the bud. This way the city can preserve its reputation as a peaceful experiment in multicultural urbanization.