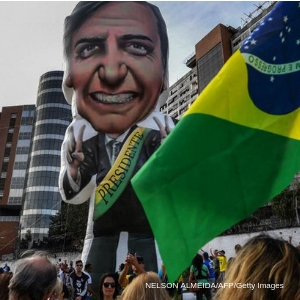 Brazilian Democracy on the Brink

After years of corruption scandals, economic malaise, and deepening political polarization, Brazilians have lost faith in the promise of democracy, and could soon elect a dangerous authoritarian to the presidency. Before going to the polls on October 7, Brazilians should understand exactly what a vote for Jair Bolsonaro would mean for the future of their country. 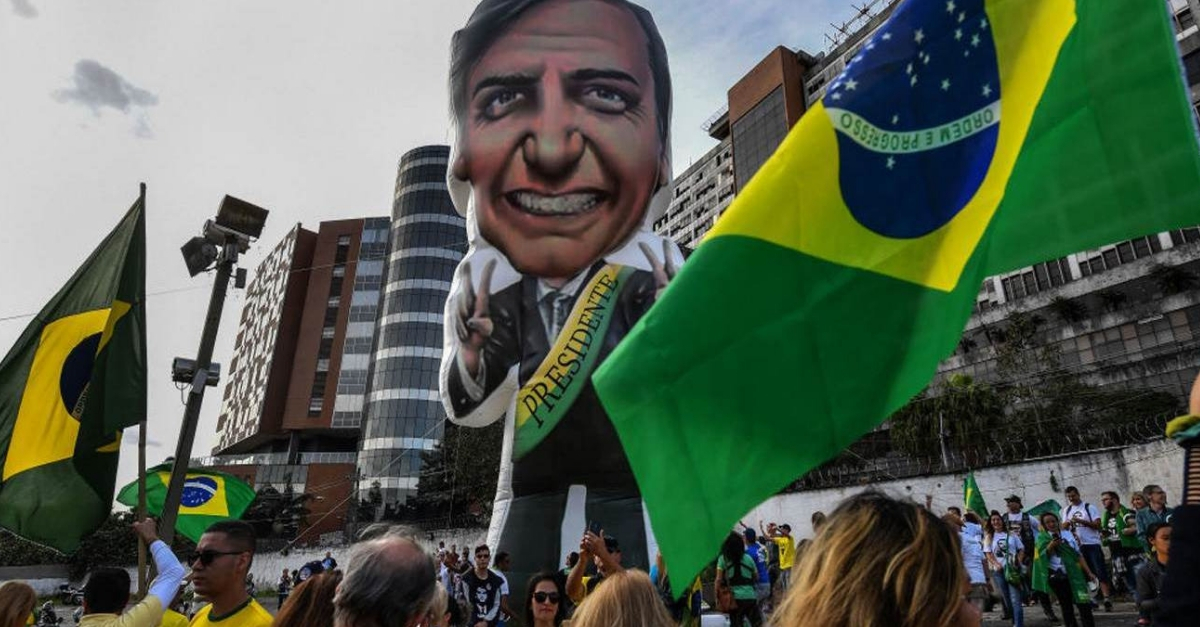 With Brazil’s presidential and state elections just days away, the country’s citizens are frustrated, disillusioned, and angry. Many are taking to the streets, disgusted by years of cynical politics, breathtaking corruption, economic stagnation, and obscene levels of crime. Although roughly 85% of Brazil’s 147 million voters agree that the country is heading in the wrong direction, they are more polarized than ever, both online and offline. These deepening divisions threaten to squeeze the life out of democracy in South America’s largest country.

Not since the restoration of democracy in 1985 has a Brazilian election been so contentious and unpredictable. At stake is the presidency, but also positions for 27 state governors, 54 senators and nearly 1,600 elected officials. Although 69% of Brazilians have faith in democracy, more than half admit they would “go along” with a non-democratic government so long as it “solved problems.” Despite efforts by a new generationof young leaders working to restore faith in democracy, Brazilians are ranked as the least trusting and most pessimistic people in Latin America today. And now, the rise of digital propaganda and fake news is making a bad situation much worse.

Still, the suffocation of Brazilian democracy is not inevitable. While hard to imagine at the moment, its revival will require a combination of foresight, self-awareness, humility, and the courage to confront seemingly insurmountable class and racial divisions, and even rifts within families.

Among the crop of presidential candidates in this cycle, a few thrive on division, while most – including Marina Silva, the only woman in the race – advocate a middle ground. Unfortunately, the populists are ascendant, and the pragmatists have struggled to break through. Opinion polls suggest that the election will most likely come down to a second-round contest between the ultra-right-wing populist Jair Bolsonaro and the left-wing Workers’ Party candidate Fernando Haddad, a former São Paulo mayor.

Despite spending 27 years in government, Bolsonaro is campaigning as a “drain the swamp” outsider. With the blessing of former President Luiz Inácio Lula da Silva, the jailed ex-leader of the Workers’ Party, Haddad is promising to restore economic prosperity. Although at least a third of Brazilians appear to be rallying around Bolsonaro, an even greater share of the electorate, including a growing coalition of women, adamantly opposes him.1

Bolsonaro has gained a surprisingly wide, and in some cases fanatical, following. Some of his base – 60% of whom are men aged 16-34 – share his worldview. Many Brazilians, including women, also like his “tough on crime” message. And many of the country’s business elitesee Bolsonaro – along with his running-mate, the retired army general Hamilton Mourão, and his Chicago School financial adviser, Paulo Guedes – as a bulwark against the return of the Workers’ Party.

It would be naive to dismiss Bolsonaro as a “useful idiot” for the conservative establishment. His turn to economic liberalism flies in the face of a long record of support for state-driven development. And, like US President Donald Trump, Turkish President Recep Tayyip Erdoğan, Philippine President Rodrigo Duterte, and Hungarian Prime Minister Viktor Orbán, Bolsonaro is an expert at sowing division. Following the populist playbook, he portrays Brazilian society as comprising two homogeneous and antagonistic groups: the “real people” and the “elites.” As Steven Levitsky and Daniel Ziblatt of Harvard University have shown, this attack on “mutual toleration” strikes at the foundation of democracy.

For almost three decades, first as a city councilor and then as a congressman, Bolsonaro waited in the wings for precisely this moment. Promising “clean government” and “law and order,” and casting himself as the champion of the military and police, he has the credentials to lead an authoritarian backlash. Bolsonaro has repeatedly supported the military dictatorship that reigned from 1964 to 1985, when the government tortured and murdered its opponents. As far back as 1999, he called for the National Congress to be shuttered, and lamented that the dictatorship had not killed 30,000 more people, starting with former Brazilian President Fernando Henrique Cardoso.

Moreover, in a country with the world’s highest number of police killings, Bolsonaro has openly supported expanding official impunity, saying that police who kill “bandits” should be awarded medals, not penalized. Despite soaring gun violence and 45,000 firearm-related homicides in 2018, he objects to all gun regulation and is the only candidate calling for repeal of the country’s Disarmament Statute, which is credited with saving more than 160,000 lives. And in a country that already has more than 725,000 people in jail, he wants to reduce the age of criminal liability from 18 to 16 – or even 14 – and, not surprisingly, wants to restore the death penalty.

Having secured support from several influential evangelical leaders, Bolsonaro also supports religious interference in public life. Last year, Bolsonaro declared that Brazil is a Christian country; that there is no such thing as a secular state; and that those who disagree should leave or bow to the majority. He also adamantly opposes gay marriage, condones hate speech against LGBTQ people, and has been sanctioned no fewer than 30 times since 1991 by the Brazilian Bar Association for racism, xenophobia, and homophobia. In 2011, he said that he would rather have a dead son than a gay one.

Bolsonaro also routinely taunts women about rape and expresses misogynist views. He once told a female fellow legislator, “I wouldn’t rape you because you don’t deserve it,” and he is on record calling a female journalist a “whore.” Furthermore, Bolsonaro is openly hostile toward Afro-Brazilian communities, indigenous populations, and members of landless movements, whom he has described as terrorists.

Lastly, Bolsonaro fundamentally rejects climate science and favors Brazil’s withdrawal from the 2015 Paris climate agreement, claiming that climate change is a “fable” and nothing more than a “globalist conspiracy.” Brazil’s Congress, unlike the US Senate, actually ratified the Paris agreement, making withdrawal less likely. Even so, Bolsonaro and his three eldest sons – all of them elected officials – regularly describe global warming as a fraud.

Bolsonaro is frequently characterized as a comical character or a “Tropical Trump.” But if one takes his record at face value, it should be clear that his candidacy is no laughing matter. Like Trump, he is more a symptom of division than a cause. Like Trump, he has said he will reject the election’s outcome if he does not win. But he is also potentially more destructive than Trump, and Brazil’s democracy is much younger and more fragile than that of the United States. He was not considered a serious contender until quite recently – just as few saw Trump coming until it was too late.