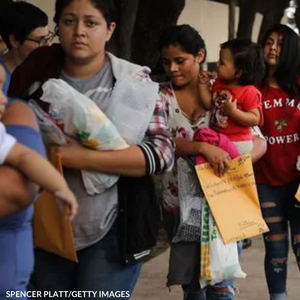 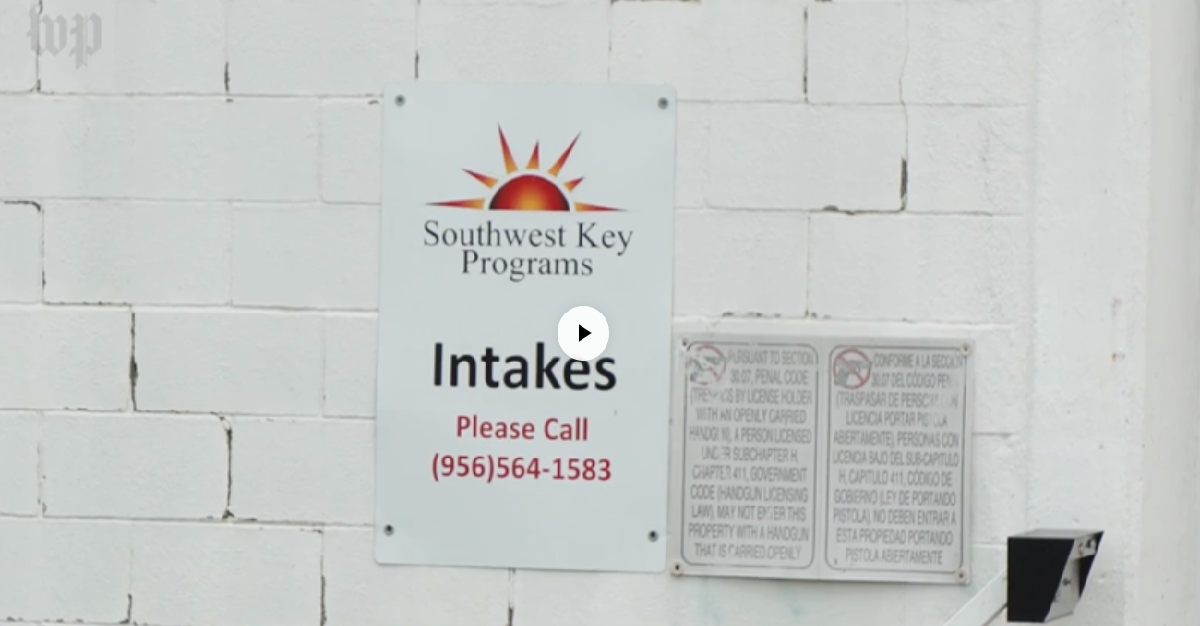 Did President Trump manufacture a border crisis where none existed?

That’s the argument his critics have made over the past week in the wake of an international uproar over the Trump administration’s now-reversed decision to separate immigrant families. The rate of illegal border crossings remains historically low, said immigrant advocates, who accused the president of intentionally sowing chaos to put Democrats on the defensive over immigration and rally his conservative base.

But behind the images of frightened children housed in cage-like detention facilities lies a real and intractable crisis that has received less political attention: The dramatic surge over the past half-decade of families and children fleeing Central America, part of an unprecedented worldwide migration phenomenon that has overwhelmed international support systems and scrambled global politics.

Last week, the United Nations Refugee Agency released an annual report that cited a record-high 68.5 million displaced people, including 25 million refugees, pouring out of places as far-flung as Syria, Myanmar, Congo and Venezuela. Analysts cited war, economic hardship, unstable governments and climate change to suggest the unprecedented displacement is the new normal and bound to get worse — with no clear international road map over how to address the phenomenon.

Growing anti-immigrant sentiment in Europe and the United States has led countries to pursue hard-line policies and offer less support to refu­gee programs operated by the United Nations. Given those political constraints, analysts suggested, the uncontrolled movement of desperate populations has become a much bigger problem than what can be solved by a U.S. president.

“The institutions, internationally and nationally, are wholly unequipped to deal with the challenge,” said Robert Muggah, co-founder of the Igarapé Institute, a Brazil-based think tank. “In a way, the U.S. and Canada have been sheltered a long time from these kinds of challenges. But now I think they are starting to feel the level of crises are reaching such a peak that it’s forcing them to confront the brittleness and fragility of the immigration system. How long before the system breaks or the political will is mustered to respond to the challenge?”

In the United States, the federal government’s inadequate response to the Central American migrants has now resulted in two political imbroglios. The first came in 2014, when the Obama administration disregarded warnings signs and was caught unprepared for a surge of unaccompanied minors and families with children.

Thousands slept on concrete floors at Border Patrol stations in Texas as the government scrambled to find shelters for them.

Veterans of the Obama White House recall their raw apprehension after the initial scramble to deal with the humanitarian emergency gave way to a dawning realization of the sheer scale of what was happening. By the end of 2014, nearly 140,000 children and families had crossed the border from Mexico without authorization — the vast majority coming from the gang-violence-plagued nations of Guatemala, Honduras and El Salvador, known as the “Northern Triangle.”

“There is the immediate political crisis, the images flashing on CNN,” said Amy Pope, who helped coordinate the administration’s response as a deputy homeland security adviser at the White House. “But then you have what’s actually behind it all. There was no sign that was going away.”

It hasn’t gone away. The Obama administration attempted to mount a broad response, including a $4 billion emergency aid package from Congress for additional shelters, $750 million in economic assistance for the Northern Triangle countries, closer border coordination with Mexico and the personal attention of Vice President Joe Biden, who traveled to the region. But by President Barack Obama’s last year, the total arrests of Central Americans at the border had surpassed the 2014 figures.

Those figures, after dipping at the start of Trump’s tenure, are on pace to approach all-time highs again this year. Over the first eight months of fiscal 2018, nearly 91,500 Central American families have been apprehended, part of a broader border surge that has threatened to undermine the president, ahead of the midterm elections, on his key campaign promise to curb illegal immigration.

Experts said that while overall border arrests have remained far lower than during the peak rates of the 1990s and early 2000s, the shift in the makeup of the immigrants — from lone Mexican men seeking work toward Central American families fleeing violence — has complicated Washington’s challenge and left the federal government without adequate tools to respond.

“When you’re looking down the barrel of gun, you take your chances and head north,” said Kevin Appleby, a senior director at the Center for Migration Studies of New York. “The forces pushing them, that are making them willing to risk their lives, are much stronger than anything Trump can come up with” as a deterrent.

Trump aides said his family separation policy was aimed at setting a strong deterrent. But his administration, and lawmakers on Capitol Hill, have largely overlooked the more systemic problems of gang violence, domestic abuse and economic hardship in the poorly governed Central American countries.

Washington has tried and failed to pass significant immigration reform legislation several times over three decades, but it has done little to address the festering migration crisis in the Northern Triangle. The neglect comes even though Washington contributed to the disarray by supporting corrupt regimes in regional conflicts in the 1980s and the United States remains the most lucrative market for Central America’s drug cartels.

“The backyard of U.S. is not seen as a priority,” said Manuel Orozco, a migration expert at the Dialogue, a think tank on Latin American issues. “How do you raise attention to this problem? We’ve been hesitant to look into the humanitarian reality. This is it.”

Over the past week, even as bipartisan pressure mounted on Trump to reverse the family separation policy, a partisan debate broke out over whether the media had devoted comparable coverage to the Central American crisis under Obama as it did with Trump.

Conservatives argued that Obama had gotten a pass on the kind of emotionally freighted media reaction that marked Trump’s handling of the situation. A photograph of immigrant children sleeping on the floor of a detention facility that went viral online among liberals accusing Trump of being callous turned out to be from the 2014 border crisis.

Liberals countered that Trump, unlike Obama, had acted with intentional malice, magnifying the problem by essentially orphaning children who had no certainty of being reunited with their parents. The children sleeping on the floors in 2014 were unaccompanied minors who reported to border stations without adults.

But some veterans of the immigration fight said the fierce backlash over Trump’s tactics was predictable — a hard lesson for a president who is learning, as Obama did before him, how difficult it will be to unilaterally impose his will on immigration laws.

“This is more like trench warfare than it is shock and awe,” said Mark Krikorian, executive director of the Center for Immigration Studies, which supports lower immigration levels. “It is more difficult and a lot slower than people would like.”