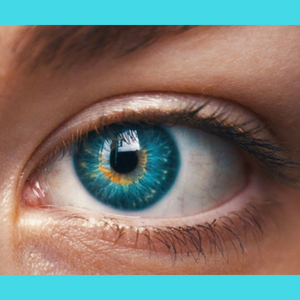 By Robert Muggah and Camino Kavanagh 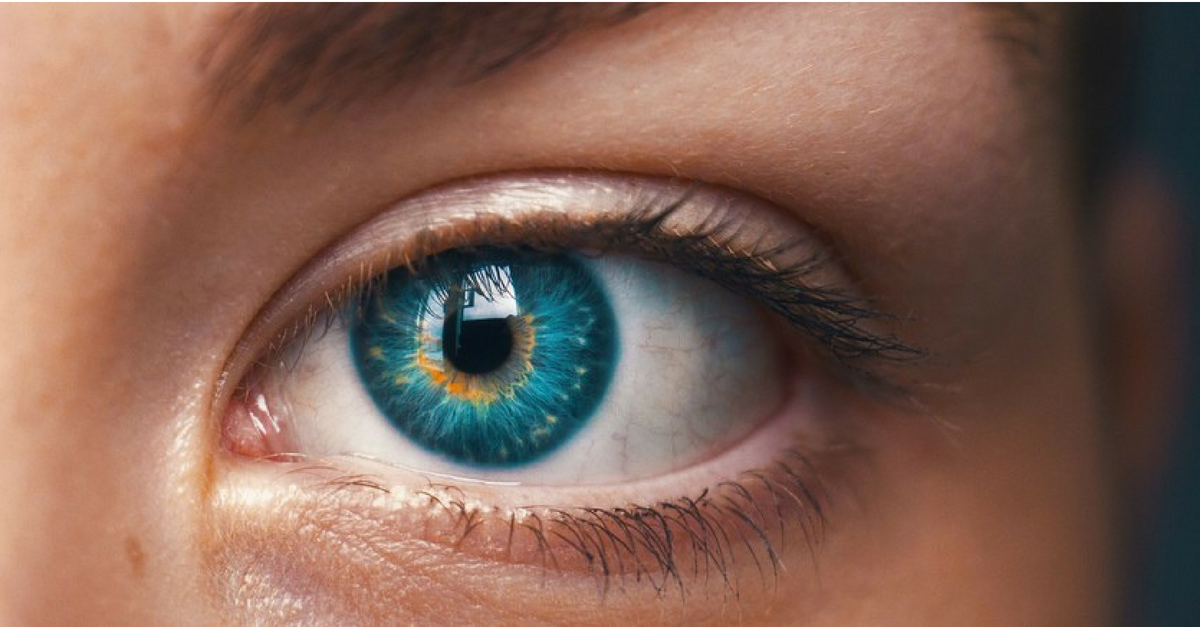 Most technologies are dual use: take the case of digital technologies that are fundamentally transforming governance, markets and development for the better. Yet the malicious use of these same technologies also poses serious challenges to global stability. In the current international climate, the potential for miscalculation and destabilization is real. Online crime is already costing the global economy hundreds of billions of dollars a year and appears to be worsening. Meanwhile, the race is on to dominate and in some cases weaponizefrontier technologies – including artificial intelligence (AI) – with implications that will undoubtedly shape the future direction of humanity. Finding ways to maximize the benefits and minimize the harms of these new tools can be surprisingly difficult.

The United Nations secretary-general, António Guterres, takes this duality seriously. He sees the potential of new technologies to deliver positive change but also to unleash serious harm. At least this is what his soon-to-be-released strategy on new technologies will claim. Conscious of the world’s growing dependence on a vast array of new technologies (often described as the “fourth industrial revolution”), the UN is preparing to do what it does best: issue new reports and set up committees to ruminate on the subject. The secretary-general’s strategy calls for expanding the organization’s knowledge base on new technologies, particularly as they relate to its core areas of work: international peace and security, development and human rights. It also recommends that the UN intensify innovation efforts, appoint tech-savvy champions, convene a panel of leaders from the private, public and non-profit sectors, and accelerate learning among UN member states. The UN chief has already put agencies on notice, requesting that they scale up innovation.

All of this is good news – assuming, of course, the UN and its secretary-general have the capacity and resources to deliver.

Guterres is already bringing some urgently needed focus within the organization. He has acknowledged some of the “known unknowns” – that there is still comparatively limited awareness and understanding of technology, both old and new, across the UN system. His office’s first order of business, then, is to expand digital literacy across the organization. And while expressing humility, the new strategy is also ambitious. Among other things, it intends to harness new technology to accelerate achievement of the 2030 Sustainable Development Goals (SDGs). It is also looking to strengthen member states’ capacity to interpret the opportunities and risks of new technologies, by fostering cooperation on principles, values and norms.

The strategy provides a set of broad principles to frame how the UN (and its member states) might think about new technologies. These principles are firmly anchored in the UN Charter and the Universal Declaration of Human Rights and are intended to help positively shape ongoing and future debate on new technologies. Guterres is adamant that these discussions should be transparent and inclusive. He also believes that the design and deployment of new technologies should be oriented toward advancing peace, sustainable development and human rights. The UN has long subscribed to the precautionary principle: avoid doing unintentional harm.

So what, practically, can the organization do next? The UN’s chief needs no convincing – he has already made engagement with new technology a major pillar of his tenure. What is more, there is already considerable experimentation underway within the UN, especially among humanitarian and human rights agencies, such as the UN High Commissioner for Refugees, the UN Office for the Coordination of Humanitarian Affairs, UN Women and the World Food Programme, among others. Still, much more can be done.

Here are six nudges – some of them already outlined in the forthcoming strategy – to get things moving even faster.

1. Scale up UN exposure to and understanding of new technologies

The UN is not an innovative organization, nor should it seek to emulate savvy private and non-governmental actors working with new technologies. That does not mean it should not help promote awareness. Some UN agencies – including the Office for Disarmament Affairs, the Institute for Disarmament Research(UNIDIR), the Office of the High Commission for Human Rights, the Office for Drugs and Crime and the International Telecommunication Union (ITU) – have accumulated real experience. Yet new ways of working are required, including thinking about more agile processes that can keep pace with technological change. The new strategy advocates the creation of an innovation lab, presumably to complement the Global Pulse initiative, along with a technology envoy, to promote improved understanding, better collaboration and new partnership models with member states and others.

2. Bring the discussion on innovation and new technologies to all UN member states

There are vastly different understandings and capacities across countries to harness new technologies. While some are building vast smart cities, others are still working to deliver the most rudimentary services. UN entities, in partnership with private and non-profit partners, can help accelerate the transfer of knowledge of “what works” through information sharing, awareness raising and disseminating good ideas with a track record. The newly established technology banks for SDG attainment and the UN Development Programme’s partnership with IBM to apply AI to evaluate national development plans are a good start. A number of UN country teams are already incorporating the latest thinking on new tech into development financing and national development action plans.

3. Take stock of existing and emerging normative, regulatory and cooperation processes to harness the opportunities and lessen the risks posed by new technologies

The UN’s normative bodies cannot and most likely should not take the lead in setting norms, rules and standards across all technology agendas. For the most part, significant work is already underway outside the UN: from the leading role of the technology community in elaborating internet standards and protocols to civil society-led campaigns against so-called “killer robots”, as well as voluntary principles and codes of conduct developed by biotech engineers and others. The UN should find ways to support and enable promising processes, while breathing life into those that are moribund but may still be relevant. A soon-to-be-announced panel co-chaired by a globally renowned entrepreneur and a leading philanthropist is expected to help advance these goals, particularly as they relate to new challenges associated with advances in technology.

4. Support member states to address the most immediate threats posed by the malicious use of ICTs and new technologies to international peace and security

Since the 1990s, the UN General Assembly has served as a platform for states to debate these issues. For example, a series of groups of governmental experts agreed on the applicability of international law to cyberspace, recommended norms on state use of information and communication technologies (ICTs), and helped build trust and cooperative measures to reduce the risk of conflict arising from their misuse. Despite facing setbacks, these processes generated important results and can serve as a framework for global stability. Meanwhile, efforts should be redoubled to address the challenges posed by autonomous lethal weapons and emerging risks associated with advances in biotechnology. Of course, geo-strategic calculations will frame states’ decisions on whether to cooperate or compete. After all, these technologies are shaping grand strategy: Russian President Vladimir Putin famously warned that “whoever wins in AI will rule the world”, while China has published a national plan for “AI leadership” by 2025 and “dominance” by 2030, and the US and European Union are following suit. The reality is that the UN and its secretary-general must tread very delicately on many of these issues.

5. Deepen understanding of the effects of new technologies on sustainable development and human rights

Many new technologies offer the potential to speed up and scale opportunity, growth and wellbeing. But they can also negatively disrupt markets and jobs, undermine privacy and digital liberties, and be harnessed for ill intent. Take the case of social media, which can connect people but also amplify hate speech, facilitate child sexual exploitation and undermine democratic processes. Or consider mass automation and robotics, which can create greater economies of scale while also contributing to significant unemployment. The UN can play a role helping states and societies anticipate and mitigate the negative effects of new technologies. A good example of this were the ITU-led AI for Good summits in 2017 and 2018.

6. Develop a more sophisticated engagement with the private sector

New, disruptive technologies are generally not designed or developed by nation states. It is the tech sector and research communities, not governments, that set the pace, including when it comes to establishing the basis for formal or self-regulation. Witness the Asilomar principles, the new Google AI principles or the IEEE standards, among other voluntary guidelines. Key ethical decisions with far-reaching implications for humanity are being made by a small number of private entities. That said, technology companies are eager to engage with the UN. They realize that a level global playing field is critical, lest they be cut out or held to ransom by powerful states. In offering its services to convene players and build consensus, the UN will need to step up its game. This will require a significant organizational and cultural shift – and more of the type of mixing events the UNIDIR, the United Nations University and the International Peace Institute have already held.

Taken together, these six steps amount to a conservative plan of action. This is not surprising: appetite for major new agendas is comparatively limited among UN member states and the organization will struggle to gain traction on many fronts. Some of the organization’s major donors are retreating, though a handful of smaller and more technologically advanced states are showing more enthusiasm. The secretary-general’s new strategy will not fundamentally change the game. That said, Guterres is serious about bringing together people involved in the design, development and deployment of new technologies in order to help promote the UN’s core mandate and avoid locking in inequality and power imbalances. He understands that this will require new and creative ways of working with outsiders. While many private sector actors are keen to engage with the UN, they are wary of getting bogged down in bureaucratic processes. Supporting efforts to sandbox new technologies and experiment with new regulatory responses is essential.

​The UN secretary-general can play a critical role in advocating for the principled development and application of new technologies. He can foster knowledge around and promote adherence to existing and emerging norms and principles. He can advocate for basic ethical standards in the design, development and deployment of new technologies. He can broker partnerships within and beyond the system to strengthen dialogue and greater cooperation around both the opportunities and risks of our growing digital dependence. What’s more the UN can, and already is, building partnerships across the technology sector to advocate for more agile solutions and scale up impact investments. The road ahead will be difficult. There are structural obstacles – not least how the UN system itself is hierarchically organized. To his credit, the secretary-general has made these issues a priority: he has a work plan, and work is underway. He’ll need all the help he can muster.