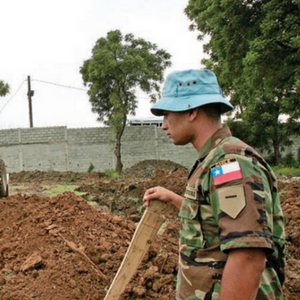 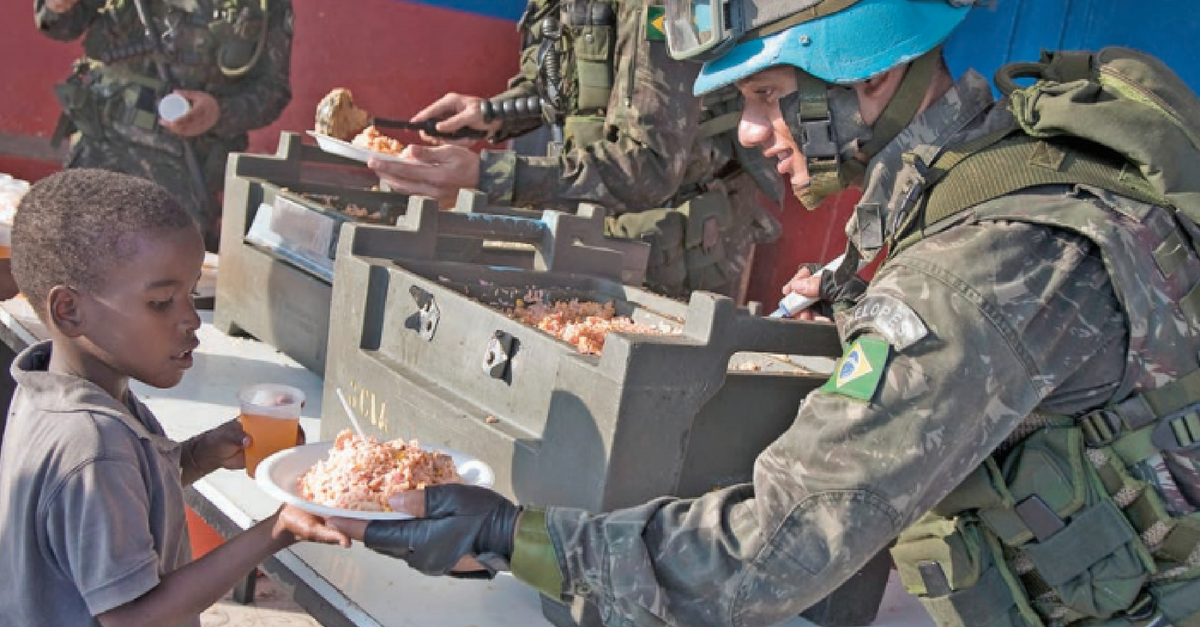 This article explores the participation of uniformed personnel (military and police) from Latin America and the Caribbean in United Nations (UN) peacekeeping operations, through data analysis covering the period of 1990 to 2017. It also highlights the involvement of governments from the region in the recent United Nations Stabilization Mission in Haiti (MINUSTAH in French). Finally, it analyzes Brazil’s participation in these operations over the last 70 years concluding that, despite domestic challenges that make it difficult for the country to exploit its potential, Brazilian engagement in UN missions comes very close to what is expected of a regional power.

In the early 1990s, with the end of the Cold War, there was a sign cant shift in UN peacekeeping operations. – The number of missions practically doubled and mandates have expanded considerably, creating major challenges for the international community. Since then, Latin America has been the region that most increased its participation, in numerical terms. Although the absolute numbers are not that impressive, the relative increase is signi­ficant. Between 2000 and 2010, while military engagement in UN peacekeeping missions tripled (from 30,446 to 86,231), Latin American military participation increased tenfold (from 753 to 7,523). Despite the increase, it should be noted that since the end of the Cold War, Latin American military personnel has never proportionally represented more than 11 percent (1996)—or less than 2.4 percent (2000)—of total UN troops. On average, within the analyzed period, the relative participation of the military in the region was around 7 percent.

In the analyzed period, only four countries participated without interruptions: Argentina, Brazil, Chile, and Uruguay (known as ABC-U). ‑ese same countries also stand out for the number of troops they sent to UN missions, with recurring detachments not only of military personnel on individual missions, but also established military units (platoons, companies, and battalions). A less active and lighter, but equally noteworthy, participation took place within a second group made up of Guatemala, Paraguay, and Peru, among others. ‑ere were also those that almost did not participate, but sent some troops on a small number of missions—among them are Mexico and the Dominican Republic, for example. Belize, Barbados, and the Bahamas are also in this group that had very brief participation in the mid-1990s.

Two moments draw attention to Latin American military engagement in UN missions. Occurred in the mid-1990s, particularly in 1995 and 1996, when the United Nations Mission in Haiti (UNMIH) was in full force, attracting several countries in the region. ‑e second began in 2004 and coincided with the approval of MINUSTAH. Due to the large size of the military engagement and Brazil’s political and diplomatic leadership, unlike other missions in Haiti, this mission attracted more human and fi­nancial resources from various countries in Latin America and, to a lesser extent, the Caribbean.

During the same period, Latin American police engagement in peace missions was much lighter. As a rule, the governments of the region do not consider sending police officers on international operations – whether on an individual mission or as formed police units (FPU) – a priority. Among the reasons are major domestic public safety challenges, lack of political will, and lack of support from public opinion.

The peak of police engagement took place in the mid-1990s, particularly between 1993 and 1995, when the number of Latin American police officers in UN missions averaged from eight to 10 percent of the total. Colombia and Mexico stood out and, to a lesser extent, Argentina, Belize, Brazil, Chile, Guyana, and Uruguay. Since the turn of the century, however, the trend has been a steep decline. Between 2000 and 2003, the percentage of Latin American police fell considerably, remaining at 2 to 3 percent of the total UN police officers. In 2005, a new drop in numbers brought the average to 0.8 percent, which remained until today.

LATIN AMERICA’S PREFERENCE FOR OPERATIONS IN THE REGION

Over the past 27 years, when Latin American governments decided to send their troops and/or police officers on UN missions, for geopolitical reasons they focused on UN missions in Haiti- first in the mid-1990s and then, more substantially, since 2004, as previously stated.

This does not mean that Latin American countries were not engaged in missions in other countries in the region, such as El Salvador, or missions outside the region. There were significant military contributions made to UN operations in Africa (i.e., Uruguay sent troops to the Democratic Republic of Congo), Europe (Argentina sent troops to Croatia), and Asia (Brazilians deployed to Timor-Leste). But the numbers are far less signi­ficant than contributions made to MINUSTAH.

Despite the historical, cultural, and linguistic differences between both regions, data shows the strong commitment of Latin America to Haiti. During MINUSTAH’s more than 13 years (June 2004 to October 2017), the majority of troops working under the UN flag were always Latin American service members. There is a gradual increase beginning in 2004, when military personnel from the region accounted for 54 percent of UN troops, and peaking in 2015, when that percentage reached 89.

The largest military contributions to MINUSTAH came from Brazil, Uruguay, Argentina, and Chile, in that order. These four countries alone accounted for more than 50 percent of MINUSTAH troops during the entire mission. This percentage reached the impressive mark of 70 percent between 2015 and 2017 due to other contingents’ demobilization processes and the Brazilian battalion remaining on the ground.

Despite the low number, beginning in 2008, countries from the region that contributed police officers demonstrated their preference for MINUSTAH: From 2009 to 2015, an average of 60 percent of the Latin American police officers working for the UN were serving in MINUSTAH. It should be noted, that the MINUSTAH police contingent was made up, in its vast majority (approximately 95 percent), of professionals from outside Latin America, with most contributions from countries such as Jordan, Bangladesh, Pakistan, Indonesia, and Nepal.

BRAZIL’S ENGAGEMENT IN UN MISSIONS WITH AN EMPHASIS ON MINUSTAH

Data shows that Brazil was the country that stood out the most in MINUSTAH’s military sphere. First, it was the country that contributed the largest military contingent. At its peak, immediately after the January 2010 earthquake, there were 2,187 Brazilian service members in the country, equivalent to 25.4 percent of the total UN troops. Second, in addition to maintaining the largest number of troops on the ground, Brazil also secured the role of Force Commander, with UN approval and without rotation, for the duration of MINUSTAH. ‑ This is an unprecedented achievement in the history of the organization that values rotation among nations. To achieve this, Brazil had to overcome various doctrinal, regulatory, ­financial, and human challenges.

Historically, Brazil has participated in UN missions since the ­ rst time the organization sent an international team to another country in 1947, on a mission to the Balkans, authorized by the General Assembly. In 1956, the ­ rst peace operation with troops approved by the Security Council and deployed to Suez, also counted on the contribution of a major Brazilian military contingent. In all, Brazil participated in 47 UN missions, including 43 peacekeeping operations, and deployed about 50,000 uniformed men and women on the ground.

During these 70 years, the most significant participation, both in quantitative and qualitative terms, was in MINUSTAH, which lasted just over 13 years. Close to 37,000 Brazilians participated in this mission, which represents 74 percent of all peacekeepers from Brazil, since 1947.

With the end of MINUSTAH, there has been discussion in Brazil and at the UN about its future participation in peace missions. A real opportunity arose in November 2017 when the UN Under-Secretary General for Peacekeeping Operations, on an official visit, formally invited Brazil to send troops to the United Nations Multidimensional Integrated Stabilization Mission in the Central African Republic (MINUSCA). Considering the strength of Brazil’s track record in the last 70 years, it seems clear that the country will continue to engage in this kind of multilateral eort, even with troops and police officers on individual missions, while keeping the diplomatic engagement and professionalism of the uniformed personnel that were the hallmark of Brazilian actions in Haiti intact.

Since 1990, the international community has changed its pattern of engagement in UN peacekeeping missions to an emphasis on greater participation from Latin American countries. Within this framework, Brazil deserves special mention, especially since the beginning of the 21st century, for having demonstrated great capacity to mobilize, prepare, and deploy troops, and for being able to maintain political leadership in an important mission in the region.

Despite the advances, there are some challenges, especially political and legal, which must be overcome. In any case, it is evident that Brazil’s most recent participations—mainly in Haiti (MINUSTAH) and, to a lesser extent, in Lebanon (United Nations Interim Force in Lebanon—UNIFIL)—leave as a legacy the certainty that the country has the political will and operational capacity to play a key role not only as a regional power, but also as an important contributor of troops to UN operations.