Climate and security in Latin America and the Caribbean 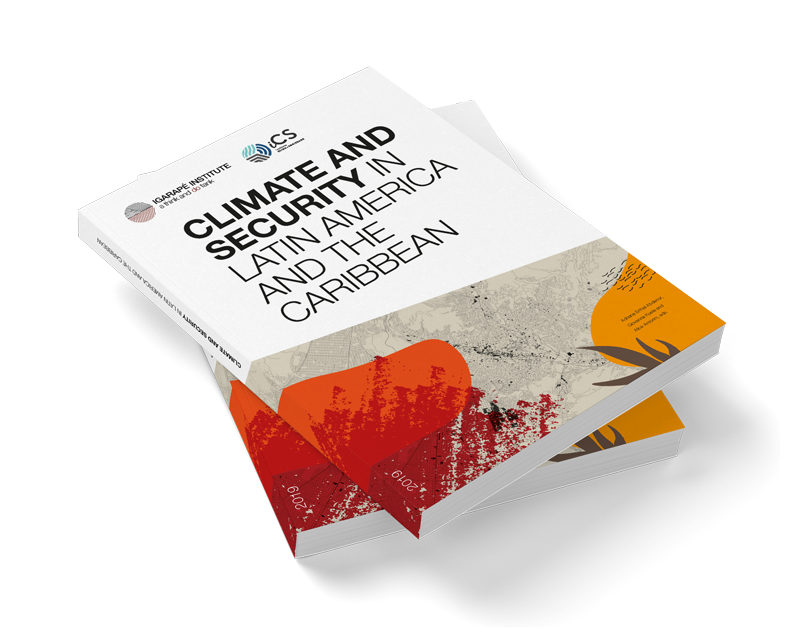 Climate change is now widely acknowledged to be a multiplier of insecurity and vulnerability, especially where efforts to mitigate and adapt are not implemented.  Research has shown the links between climate change and security to be complex; the interaction with other factors and the speed and type of social change varies widely across contexts.  Broadly put, climate change tends to exacerbates existing social tensions and may generate new ones altogether, whether through “outlier” crises, such as natural disasters, or as a result of more incremental changes, such as gradual soil erosion.  These links are increasingly recognized not only by a number of states, but also by the United Nations, whose Security Council has issued a series of resolutions calling on the system and member states to address climate and security more proactively. There is also growing concern that climate’s impact on security is hampering the achievement of the Sustainable Development Goals (SDGs).

In order to design effective responses, stakeholders need to draw on evidence-based research on how climate change affects the lives of communities in concrete ways.  In Latin America and the Caribbean, climate change involves significant shifts in precipitation patterns that affect specific areas in different ways. From the melting glaciers of the Andes to the floods in the Amazon basin, from intensifying droughts in the Brazilian cerrado (tropical savannah) to growing food insecurity in Central America, from extreme weather events in the Caribbean to shifting rain patterns in Patagonia, the entire region faces a series of emerging challenges.

Far from being confined to remote or sparsely populated areas, these challenges also affect residents of densely populated places, including major cities such as Mexico City, Lima, and São Paulo. The most recent Intergovernmental Panel on Climate Change (IPCC) reports, in particular the 2018 “Global Warning of 1.5,” show the potential impact of sea-level rise in highly populated areas in the coast, with the potential need of resettlement of communities and the rearrangement of public services provision.

However, more evidence-based research is needed on how climate contributes to insecurity in the region, as well as on how policymakers and other stakeholders in the security field are incorporating climate change scenarios into public policies, strategic planning, and response design.

The Igarapé Institute and Instituto Clima e Sociedade (iCS), with the support of the German Embassy in Brazil, have joined forces in order to promote policy-oriented research on the relationship between climate and security in Latin America and the Caribbean.

The key objectives are to:

1. Foment evidence-based research on the links between climate and security in Latin America and the Caribbean, from a variety of disciplines and methodologies;

2. Promote debate and discussion among researchers (including those in the sciences, social sciences, and policy) working on different aspects of the climate-security nexus;

3. Promote policy responses to cliamte and security challenges that are based on sound evidence.