Igarapé Institute designed an Android application called CopCast – turning smartphones into police body-worn cameras. The technology was developed from 2013 to 2016, in partnership with Google’s Jigsaw, an incubator within Alphabet that builds technology to tackle some of the world’s toughest global security challenges.

The Smart Policing project was implemented between 2013 and 2016 in Rio de Janeiro, Brazil, and Cape Town and Johannesburg, South Africa. Between 2017 and 2018, the Igarapé Institute, together with researchers from PUC University in Rio de Janeiro and the University of Chicago, implemented randomized experiments to scientifically assess the impact of this new technology with the Santa Catarina Military Police in Santa Catarina, Brazil; and the City of Jersey City Police Department, in the state of New Jersey, United States. 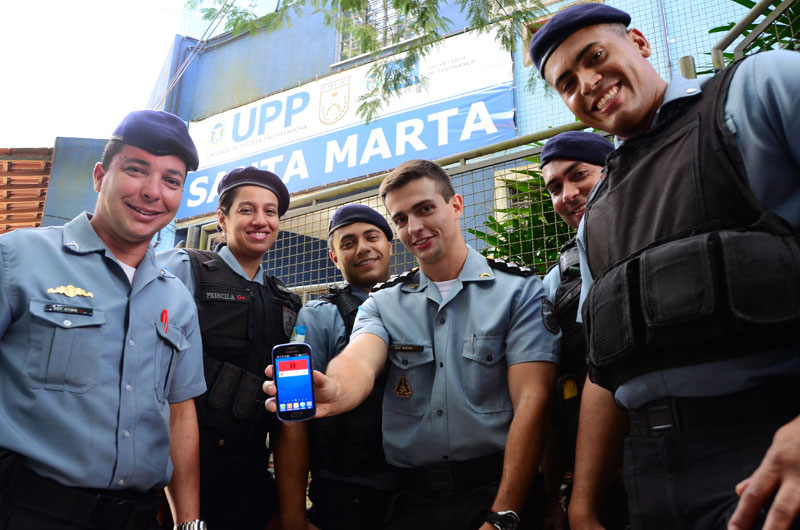 CopCast consists of an Android application for officer-held smartphones and a web-based dashboard application for police supervisors. The application tracks and stores video, audio and GPS coordinates of police officers while they are on patrol. Supervisors may visualize real-time data from their desktops or tablets on a user-friendly dashboard for monitoring and oversight purposes.

What are the project goals?

By developing and piloting the CopCast app, the Smart Policing project has three basic goals. First, it intends to enhance oversight over the police and prevent and reduce corruption and the excessive use of force. Second, it is intended to also improve the protection of officers from false accusations and provide an additional layer of protection for patrolling officers. Third, it is designed to improve police interaction with communities. There is evidence that the use of body cameras can positively improve police-community interaction as well contribute to reductions in police excessive use of force.

What are the results?

Since its inception, the initiative has generated (i) published diagnostics and best practices recommendations; (ii) the development and piloting of the CopCast Android app; (iii) extensive media coverage; and (iv) extensive pilots. The Igarapé Institute was also awarded a New Digital Age grant from the chairman of Google for its technology innovation.

The Smart Policing project was supported, from 2013 to 2016, by the UK Department for International Development, together with additional resources from the Igarapé Institute and the Western Cape Government.