The Urban Security Exchange is a forum for data-driven and evidence-based debates on public safety and violence prevention in El Salvador and the Northern Triangle. It consists of a two-day gathering of leading urban security specialists from government, business and the non-governmental sector.

The exchange is intended to take stock of past experiences and also identify future urban security priorities. The overarching goal is to help drive a more balanced and inter-sector policy debate in the public and private sector, by assembling leading specialists from the policing, criminal justice, and social welfare sectors to learn from one another. A parallel goal is to generate a range of knowledge products and examine innovative technologies and models which can catalyze public security transformation.

The countries and cities of the so-called Northern Triangle of Central America – El Salvador, Guatemala and Honduras – have some of the world’s highest rates of violent deaths. El Salvador leads the pack and its capital, San Salvador, tops the world’s rankings. The city’s homicide rate is roughly 137 per 100,000, almost 20 times the global average. Honduras and Guatemala are not far behind, with murder rates exceeding those of Afghanistan or Syria.

Homicidal violence is of course just the tip of the iceberg. Cities across the sub-region also suffer from high levels of inequality, unemployment and disaster risk.

The violence in Central America is propelled by a volatile combination of transnational gangs, drug-trafficking and weak law enforcement. There are an estimated 70,000 hardcore gang members across Central America, but no one knows for certain. At the root of the gangs are structural and cultural factors, including inequality of opportunities, inadequate access to public services, misogynist dynamics, and a lack of conflict-resolution capabilities.

With some exceptions, Central American governments have prioritized  ‘iron fist’ – or mano dura – approaches to growing insecurity, with prevention and rehabilitation playing secondary roles. Violence in the region, however, has grown steadily. For instance, in El Salvador, homicides have grown by 31% between 2010 and 2016, while incarceration rates compounded with prisons filling up to 300% over capacity.

However, the actors dedicated to preventing and reducing violence and driving factors in Central America converge on the region’s growing cities. Urban centers like Soyapango, San Pedro Sula or Guatemala City are ground zero in the quest to make city spaces safe for citizens and promote concerted efforts to prevent and redress violence. Donors, civil society, churches, businesses and government agencies are exploring innovative models, partnerships and tailored approaches, with important lessons learned for the broader Latin American region. What is more, homicides have decreased by 7,5% between 2010 and 2016 in the Northern Triangle and access to quality data is increasing. Enhanced understanding on violence key patterns and dynamics are informing violence prevention and reduction strategies.

In this context, the Urban Security Exchange (USEx) aims to generate a data-driven and evidence-informed debate about urban security innovations in El Salvador and selected Northern Triangle settings. It consists in a two-day forum of leading urban security specialists from government, business and the non-governmental sector, aimed at creating a space for dialogue between them. The exchange considers several methodologies to booster the debate, including expert panels, workshops to  improve  and scale-up models that work, field trips and scenario workshops to think through future urban  security issues in 2028. 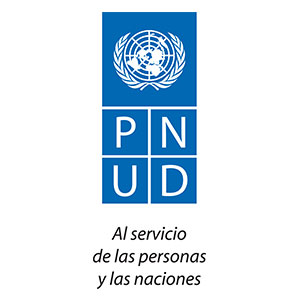