Every minute, one Brazilian is forced to leave their home

From 2000 to 2017, at least 7.7 million people – 4% of Brazilians – had to leave their homes due to natural disasters or development projects 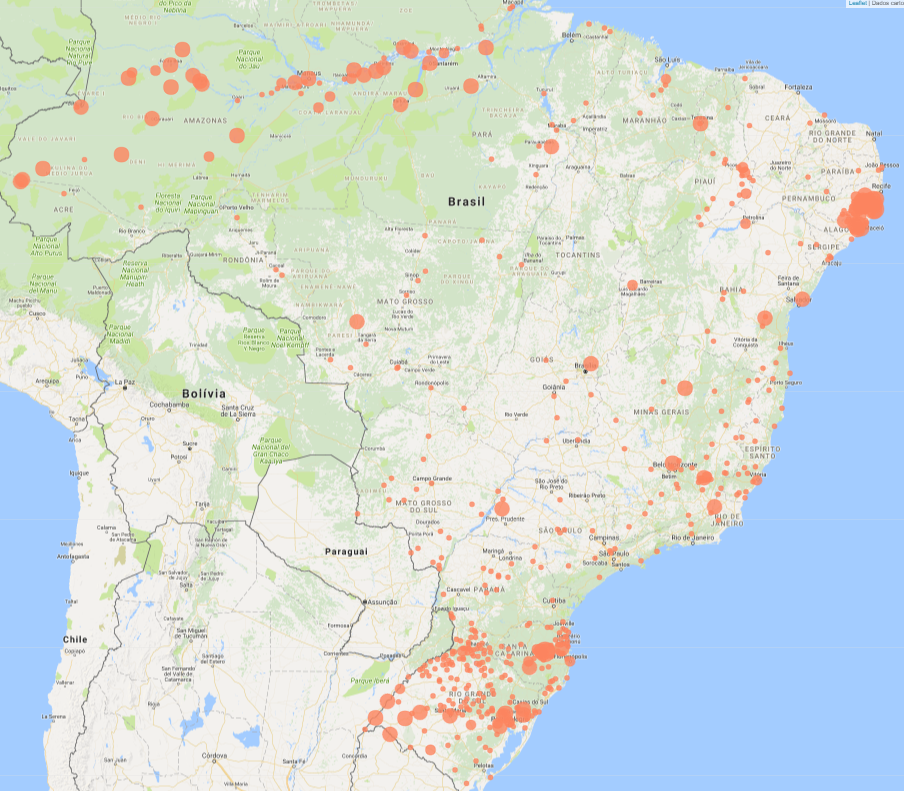 What is the Forced Migration Observatory?

The observatory provides a georeferenced and interactive visualisation of the distribution of internally displaced people in Brazil over time. The tool will be used for research and decision making regarding migrants, strengthening the rights of those affected by forced displacement.

A problem still awaiting a response:

Despite the sheer scale of internal displacement due to natural disasters, development and violence, Brazil has yet to mount an effective response. There is still no public entity dedicated to monitoring forced migration, much less policies in place to provide protection and fair compensation for those displaced. Instead, institutional responsibility and associated resources are scattered across different ministries and departments.

For those who can afford it, often the only means of claiming fair compensation for having been forced to move is by appealing to the courts.

“Despite the high number of Brazilians displaced every year, the country still has no legal framework that guarantees the rights of these people. Brazil urgently needs to develop protection and assistance policies for those who find themselves forced to leave their homes, cities or states,” says Maiara.