Latin America is the world’s most violent region. A new report investigates why Friends of 13-year-old Maria Eduarda Alves da Conceicao — killed by stray bullets while in a gym class at her school — attend her funeral in Mesquita, north of Rio de Janeiro, on April 1, 2017. (Yasuyoshi Chiba/AFP/Getty Images)

Latin America is home to just 8 percent of the world’s population, but 33 percent of its homicides. In fact, just four countries in the region — Brazil, Colombia, Mexico and Venezuela — account for a quarter of all the murders on Earth. Of the 20 countries in the world with the highest murder rates, 17 are Latin American, as are 43 of the top 50 cities. 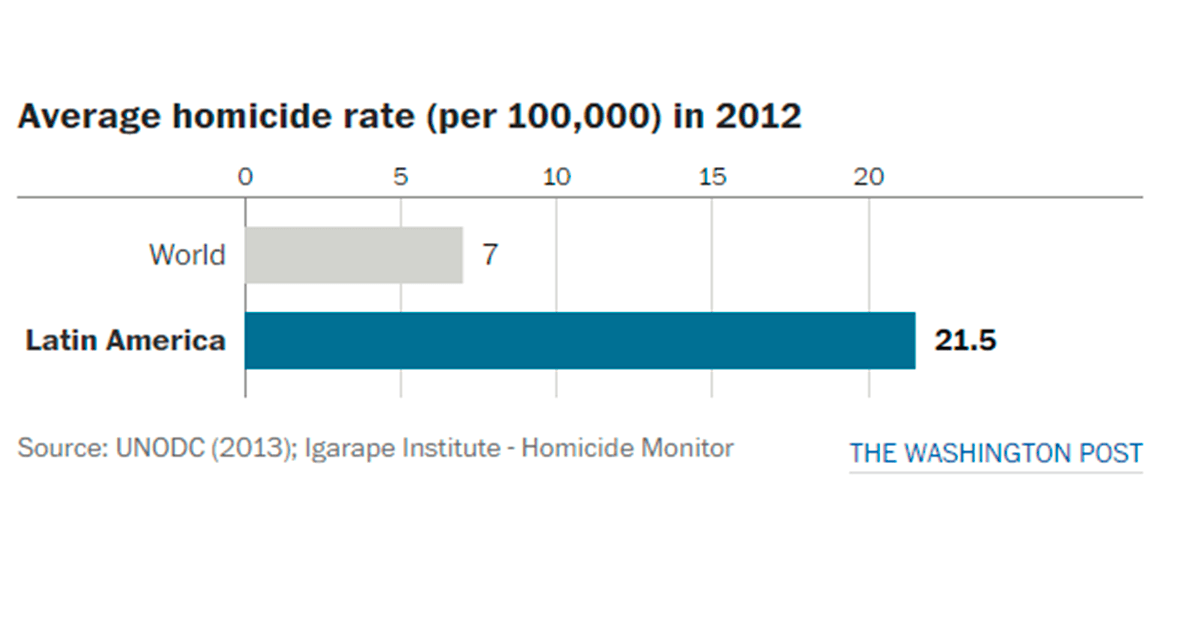 Those startling statistics come courtesy of a new report from the Igarapé Institute, a nonpartisan think tank focused on Latin America.

The authors have spent some time trying to trying to understand all the reasons for the region’s endemic homicide problem. They have teased out some possibilities.

To start: It is not that every part of Latin America is violent. There are pockets of the region, like the four countries above, where a disproportionate amount of homicides occur. Even within those countries, violent crime spikes in a handful of places. The researchers call them the “hot places and hot people.”

Latin America is particularly susceptible to pockets of crime because of its speedy urbanization. Its cities grew faster than in most other parts of the world during the past 50 years, according to the Economist. By 2000, three-quarters of the population lived in towns and cities. That is about double the proportion in Asia and Africa.

A man stabbed at the San Lorenzo cemetery in Medellin, Colombia, is carried onto an ambulance on Oct. 14, 2017. (Joaquin Sarmiento/AFP/Getty Images)

As the Economist explains, “that move from the countryside concentrated risk factors for lethal violence — inequality, unemployed young men, dislocated families, poor government services, easily available firearms — even as it also brought together the factors needed for economic growth.”

Police are not much help. The Igarape report’s authors say that there often are not enough officers, particularly in high-crime areas. Sometimes, officers are themselves involved with organized crime (or, at the very least, willing to look the other way.) Unsurprisingly, a majority of murders go unsolved. In some parts of Latin America, just one in 20 reported murders are ever solved.

“In many parts of Latin America, homicide reduction is still not accorded a high priority. As a result, police departments may not prioritize investigations, including of capital crimes,” wrote Robert Muggah, the co-founder and research director of the Igarapé Institute, in an email to The Washington Post.

As a result, public trust in police is quite low. The rich and connected often circumvent the public-safety system entirely, hiring private security guards instead. In Latin America, there are more private-security employees than there are police officers.

There are other key problems, including gangs and gang-related violence. “Organized crime and related illegal economies are a prime driver of violence in Latin America and the Caribbean,” explained InSight Crime, an organization that researches crime in Latin America, earlier this year. This helps explain why the victims are overwhelmingly male (at least 80 percent) and young (the majority are between the ages of 15 and 29).

As is the United States, Latin America is awash in guns. Two-thirds of all murders in Central America are committed by gun; in South America, it is about half. The global average is 32 percent. 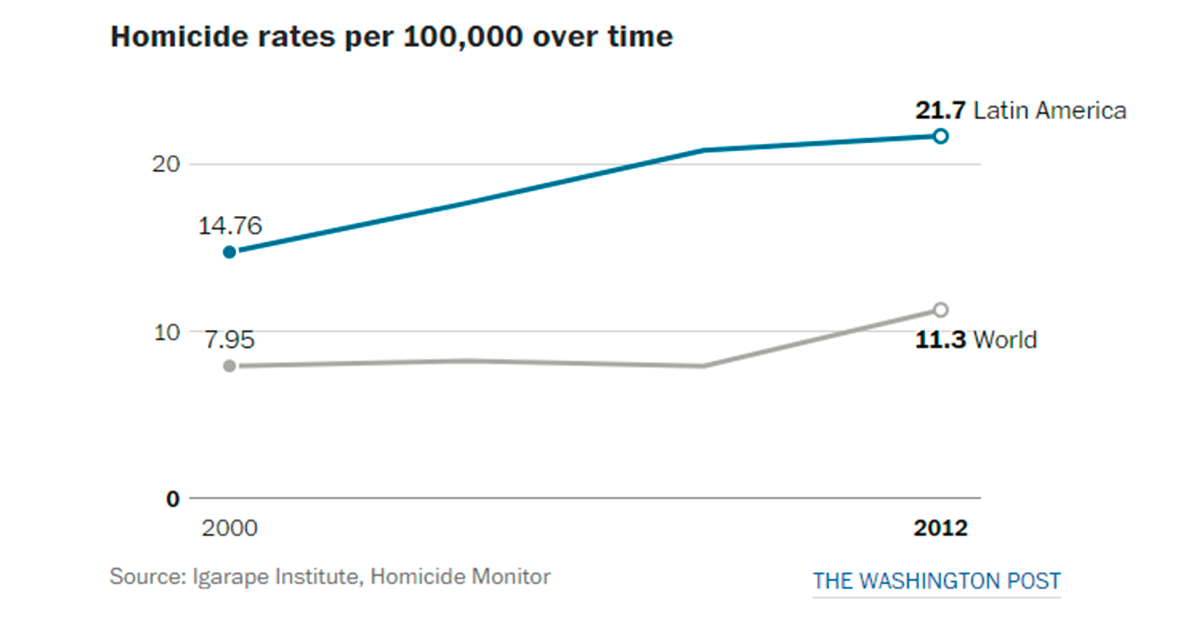 This violence translates to widespread fear among citizens. More than a third of all Latin Americans reported being a victim of violent crime in 2016, according to the report. In some countries, like Venezuela and Mexico, nearly half of the population suffered a violent crime in the last year.

Violent crime is not a new problem in Latin America. But the numbers in the Igarapé  Institute’s latest report suggest a crisis that has gone unaddressed for far too long.

Citizen security in Latin America: Facts and Figures on the media