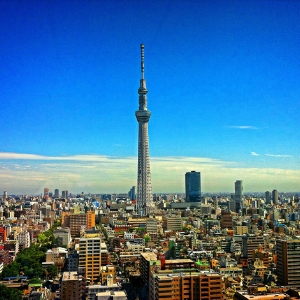 It’s time for cities to flex their soft power 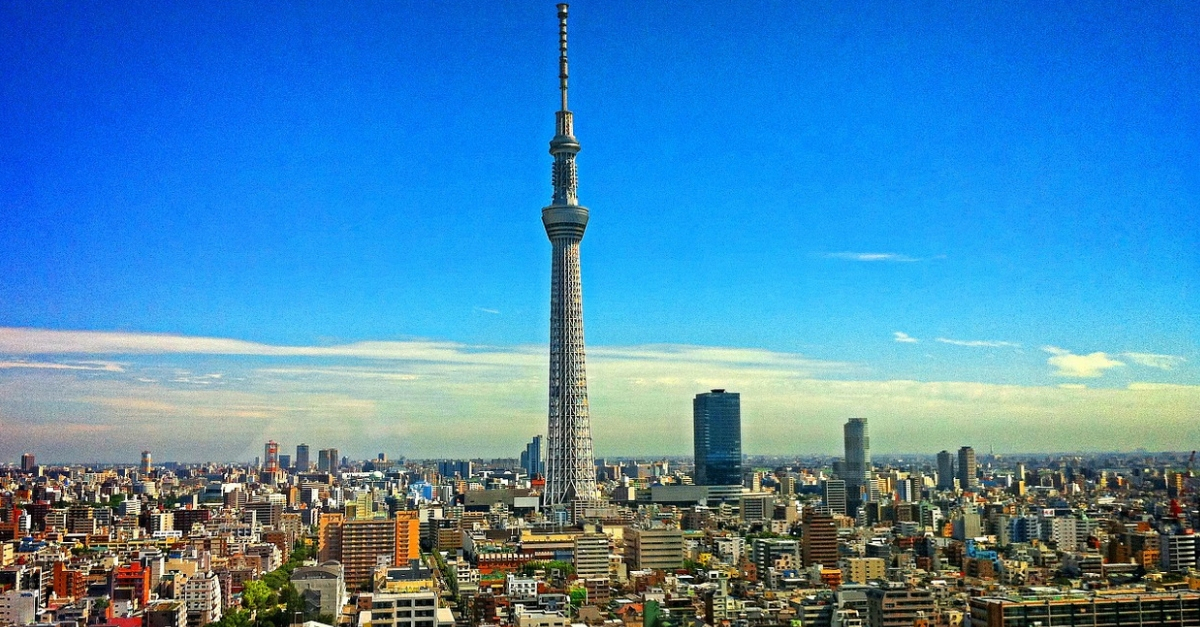 By Robert Muggah and Sheila Foster

Published in The Chicago and Council on Global Affairs

Cities, not nation-states, are the dominant unit of human organization in the twenty-first century. Humanity has shifted from a predominantly rural to urban species in a startlingly short period of time. The world today is stitched together by thousands of small, medium, and large cities—including 31 mega-cities, depending on how you define them—that are dramatically transforming our political, social, and economic relations. Yet, despite the centrality of cities in modern life and to resolving critical global challenges, our international affairs are still dominated by nation-states. This status quo is no longer acceptable.

Economic power, but not political power

Urbanization has shifted social and economic power to cities, and by extension the leaders that run them. Cities are displacing nation-states as the central nodes of the global economy and already responsible for generating more than 80 percent of all GDP. Cities like Tokyo, London, and New York are bigger, in nominal GDP terms, than many G-20 countries. Sprawling metropolises and special economic zones are linking people, products, and capital through transnational supply chains. In the process, cities are collectively forging common regional plans, trading partnerships, and even transportation infrastructure.

Although a growing number of cities are punching above their weight economically, many of them still lack real political power. This is to some extent by design. Cities are subservient to their states and exert few powers that are not otherwise granted by higher levels of government. Despite trends toward devolution and decentralization in some parts of the world, nation states are still reluctant to cede real power to subnational authorities. As a result, many cities lack the constitutional authority and legal discretion to make key decisions on the national stage, much less the international one. Even when they acquire autonomy, it can be easily taken away. In the United States, for example, we are witnessing ways that federal authorities are overruling and punishing cities when they enact urban policies—from sanctuary jurisdictions to gun control regulation—that run counter to federal norms.

Cities are also structurally weak in the international policy arena. This is because international affairs is by definition oriented around the premise that nation states are the only sovereign decision makers that matter. The structural exclusion of cities is literally baked into the core vocabulary of the international world order: international relations, the United Nations, international law. Until recently, cities were systematically excluded from international decision-making. While local authorities are showing real potential to shape international legal processes, they have been less predisposed to doing so.

This deficit in political power is even more glaring among cities in lower and middle-income countries, especially South Asia, Sub-Saharan Africa and Latin America. In many of these regions, political power is intensely concentrated in capital cities and municipal authorities are appointed by the executive. Yet it is precisely these fast growing cities that will require greater authority to act locally. Urban populations in Asia and Africa alone are expected to swell by another 2.5 billion by 2050, as compared to just 170 million in upper-income countries. Yet many city leaders in these regions serve symbolic functions only with limited real latitude to act.

The currency of soft power in cities

The spectacular rise of cities did not happen by accident. Cities channel creativity, connect human capital, agglomerate resources and, when well governed, drive growth. For these reasons, cities represent humanity’s most realistic hope of addressing the world’s mega-threats, not least climate change, pandemics, insecurity, mass migration, and rising populism and authoritarianism. Many municipal leaders—and in particular mayors—are leaning in just as national politicians are pulling back. Cities are already adopting aggressive green standards, shifting to renewable energy, welcoming new migrants, and steadfastly promoting diversity and tolerance. This is in stark contrast to a disturbing number of national elected leaders who are fueling xenophobia, bigotry, and polarization.

But if cities are to meet tomorrow’s mega-threats, they need to draw on their under-utilized “soft power”—the ability to persuade through softer power resources rather than through the use of hard economic or military coercion. The currency of soft power includes political values, alliances, or partnerships, and cities are beginning to tap these virtues to positive effect. For example, a growing number of cities are forging inter-city coalitions based on a common set of principles and objectives. The last few decades witnessed an explosion of city networks—more than 300 at last count—addressing everything from urban governance and trade to climate and safety.

Despite an international system designed to exclude them, cities are starting to wield their economic and cultural influence to help solve some of the key global challenges of our times. These glimmers of soft power are not limited to declarations alone: they involve practical actions ranging from divesting from fossil fuels and investing in renewable energy to reducing economic inequality and offering sanctuary to new arrivals, including migrants and refugees. They are pushing back against the reactionary nationalism and populism that is spreading around the world. From Brazil and the United States to Hungary and Poland, nationalist politicians are seeking to tighten borders, restrict immigration, and deride diversity.

In the realm of climate change, there is the C40 Cities Climate Leadership Group that is working to help cities decarbonize, facilitating opportunities to exchange best practices, and leap-frogging old technologies. As of 2018, the network has joined over 9,100 cities representing 780 million people to agree on a global pact to meet—and ideally exceed—the Paris Climate Agreement targets. There are already 8,000 cities that have set up solar power farms, over 1,000 relying on hydro-electric power, and more than 300 that are almost entirely dependent on renewable energy. Cities like Copenhagen, San Francisco, and Singapore are demonstrating the kind of climate leadership so sorely lacking from their national counterparts.

In the area of public security, there is the European Forum and Urban Security and the Strong Cities network both working to promote evidence-based approaches to crime prevention and the fight against radicalization and extremism. For better housing and environmental protection, there is the International Clearing House on Sustainable Development and Environmental Protection that works with over 1,000 cities and towns to build more livable cities. The United Cities and Local Government is one of the better-known alliances working to strengthen city governance. Established just over a decade ago, it claims to advocate on behalf of 240,000 towns, cities and metropolises from 140 countries.

Cities—especially large global cities—have always been the vanguards of openness, pushing for open borders, markets, societies, and minds. Most modern progressive social movements originated in cities precisely because they instinctively accommodate difference, disagreement, and diversity. Cities are increasingly an antidote against the closed nationalism and populism infecting many societies. They have real potential to help reshape democratic governance from below.

Contemporary cities face a host of existential risks that require cooperation as oppose to competition. Mayors and city dwellers cannot afford to be complacent. They need to assert greater influence and flex their soft power. At a minimum, cities need to quickly take steps to meet tomorrow’s challenges.

First, they can speak with a common urban voice. The recent burst of city networking is promising, but still insufficient to truly scale-up city soft power to address the world’s most pressing challenges. Cities need to speak with a collective voice on humanity´s most pressing concerns in order to break the state-centric hold on these issues.

Second, they can leverage national and international partnerships. By working with existing city networks, international organizations, and business partners, cities can amplify successful strategies and collaborate with key stakeholders to achieve desired outcomes. This may prove a potent force in an era where existing multilateral structures—like the United Nations General Assembly and Security Council—are struggling to address our most dire global threats.

Third, they can engage in city diplomacy. Cities and their networks are already helping rewire the circuitry of global affairs. There are signs of mayors stepping up their city diplomacy between cities, but also with international institutions. In ideal cases, they are working side-by-side their regional and national counterparts. Where necessary, cities are side-stepping them altogether.

In 2016, a Global Parliament of Mayors, a vision of the late Benjamin Barber, was launched to help cities assert their influence and political authority, and to drive urban innovation. The Parliament provides a platform, literal and virtual, for mayors to agitate for change on issues ranging from migration and health to security and climate action. In what some describe as digital democracy, the Parliament’s virtual platform has the potential to facilitate the collective action of hundreds, if not thousands, of mayors from the around the world. Now in its third year, close to 100 mayors assembled in Bristol in October to shape frameworks to develop an inclusive deliberative process for asserting urban influence on global issues.

While the future belongs to cities, the road ahead is uncertain. There are no easy solutions to our planet’s most pressing problems. But the affirmation of greater urban sovereignty and city rights are central to progressive change. That many cities and citi-zens are rolling up their sleeves and getting things done—particularly where nations have failed—are grounds for optimism. In the future, we can hope that it is not just presidents and prime ministers that will define our fates—but our mayors and civic leaders as well.

Robert Muggah is a nonresident senior fellow on global cities at the Chicago Council on Global Affairs, co-founder of the Igarapé Institute in Brazil and SecDev Group in Canada and faculty at Singularity University. Sheila Foster is professor of law and public policy at Georgetown Law and cofounder of LabGov. Muggah and Foster cochair the advisory committee to the Global Parliament of Mayors.