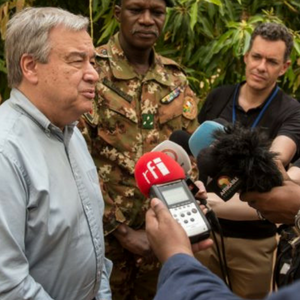 Conflict prevention is back in vogue, and not a moment too soon

As warfare spikes, UN peacekeeping is at a breaking point, unable to keep up with relentless demand. 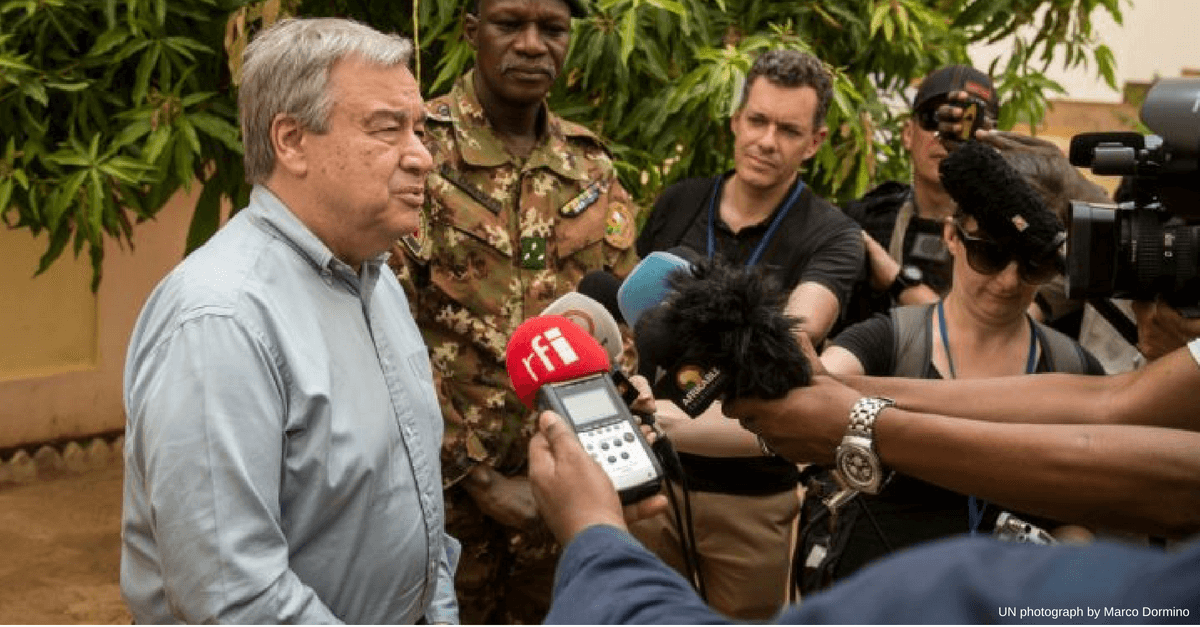 The threat of catastrophic war between great powers is at the highest point since the end of the Cold War. Rising tensions between the United States and its closest rivals—especially Russia, China, Iran, and North Korea—have set the world on edge.

And it’s not just international wars, but also civil wars that are making a stunning comeback. There are around 50 ongoing armed conflicts in 2018, compared to just 38 in 2010. These wars are longer-running and more intractable than in the past. Some of them threaten to spill across borders.

This spike in warfare is unexpected: just a few years ago experts predicted that inter-state armed conflict could be extinct by the middle of the 21st century.

Not surprisingly, conflict prevention is back in vogue, especially at the United Nations.

The UN and the World Bank even released an unprecedented new report, Pathways for Peace, making the case for prevention.

This is not that surprising. These organizations were originally designed with the express purpose of preventing international wars from breaking out. It was with this goal in mind that 50 countries gathered together in 1945 to forge a global architecture to constrain a relapse into war and wipe out the economic nationalism that gave rise to it in the first place. Despite being thrown some of the world’s toughest problems, the UN system has often helped prevent, contain, and wind down dozens of nasty wars.

During the height of the Cold War, however, the worthy goal of preventing armed conflicts lost ground to the distinctly less ambitious objective of containing and managing them. Rather than tackling the underlying political, social, and economic factors giving rise to warfare, the UN Security Council instead instructed peacekeepers to clean up after wars had already broken out. Predictably, these operations expanded dramatically over the next four decades. Today, there are 14 international peacekeeping missions involving more than 100,000 personnel. As a result, the UN is at a breaking point, unable to keep up with relentless demand.

Recognizing these challenges, successive UN secretaries general have tried to promote a preventive culture within the organization. Due in part to the UN’s dramatic failures to prevent genocidal violence in Rwanda (1994) and Darfur (2003), its efforts were often met with skepticism by the ambassadors of the UN’s member states.

Some of them vehemently opposed expanding the UN’s prevention agenda on political grounds, fearing violations of their country’s national sovereignty. Other diplomats openly questioned the effectiveness of conflict prevention, describing it as a waste of money. Even UN agencies sabotaged attempts to rethink approaches, fearing it might divert funding from their programs.

Few secretaries general have agitated more for the restoration of a conflict prevention agenda than António Guterres. Installed as secretary general at the end of 2016, Guterres has made the issue a centrepiece of his mandate.

Central to this new agenda is the idea of “sustaining peace” across all areas of the UN, including concrete investments in early diplomacy, mediation, and targeted development programs. The secretary general envisions conflict prevention not as a niche issue, but as a central priority for the UN as a whole. Given the vast array of competing priorities across the UN, his refocusing on prevention is more radical than it seems.

The secretary general is keenly aware that structural reforms will be needed to transform the way the UN deals with conflict prevention. Instead of focusing on reforming the UN Security Council, a virtually impossible task, Guterres is doubling down on practical ways to improve the UN’s impact in some of the world’s hot spots. He is calling for more investment in local early warning systems and strengthening grassroots capacities for peace.

This is prudent. Mounting budgetary pressures coupled with the reluctance of some member states to support the UN means that the appetite for peacekeeping is rapidly declining. The UN will need to do much more with far less resources.

The secretary general can point to some solid evidence to back his crusade to prevent conflict. Investments that foster inclusive governance, support equitable development and strengthen local capacities to build peace have a decent track record. While peace agreements fail about half the time, inclusive peace processes in Colombia, Northern Ireland, and Nepal contributed to lasting outcomes, including a sharp drop in violence and improvements in the quality of democratic governance. Moreover, peace operations are also likelier to be successful when peacekeeping is combined with prevention, since the latter can reduce the underlying tensions that drive armed conflict to begin with.

So how can Guterres strengthen a culture of conflict prevention in and outside the UN?

A key priority is for the UN and its member states to promote more inclusiveness in politics. When certain groups are routinely excluded from political processes—especially young people, women, and minorities—legitimate grievances can devolve into protest and even open violent conflict. This is especially the case during the negotiation and implementation of peace deals. Creating channels for excluded voices to be heard and to mediate grievances is essential for keeping conflicts from breaking out.

Inclusive mechanisms such as Fiji’s 2012 constitutional drafting process, Guatemala’s National Assembly, and Colombia’s Gender Subcommission are all concrete examples of how to design in inclusivity from the start.

What is more, the UN cannot focus conflict-prevention efforts reservedly on elites in capital cities. Too often, peace deals are limited to bargains and pacts made between top-level politicians and rebels. While this may be necessary, it is insufficient. The UN and its partners need to double down on localized conflict prevention that involves municipal authorities, civic leaders, and potential spoilers. Often, by the time elder statesmen and women have finally agreed to come to the negotiating table, social tensions may have intensified on and offline, with violence breaking out at the provincial, municipal, and neighbourhood level.

And finally, the UN and other international and bilateral agencies cannot focus narrowly on so-called fragile states alone. For too long, the UN has sent out mediating supermen to put out simmering fires in a handful of conflict-prone settings rather than setting up sprinkler systems in a wider range of countries in advance.

As wars in North Africa, the Middle East, and Eastern Europe amply show, conflict is not the preserve of poor countries alone. By refocusing on structural prevention—the underlying triggers that give rise to conflicts in the first place—the organization might finally be able to live up to its 70-year-old promise. This will require deploying not just political and security assets, but development ones as well, including climate change mitigation.

The 21st century security environment is volatile and uncertain. As the recent experiences in Libya, Syria, and Ukraine show, all countries—whether low-, middle-, or high-income—can rapidly tumble into devastating armed conflicts. If the UN’s conflict prevention agenda is to truly take hold in and outside the organization, it will need to be a genuinely shared. Conflict prevention cannot be held as the preserve of a poorly funded UN secretariat and its over-stretched peacekeepers. It will require genuine and strategic commitments in prevention from all of the key players, from member states to the business community and civil society, to avoid wars kicking off in the first place.

Adriana Abdenur and Robert Muggah are leading a review of conflict prevention innovation in Africa with support from Global Affairs Canada. The project is administered by the Igarapé Institute in partnership with the Institute for Security Studies (South Africa).