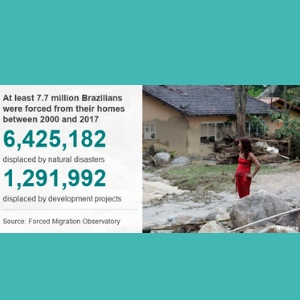 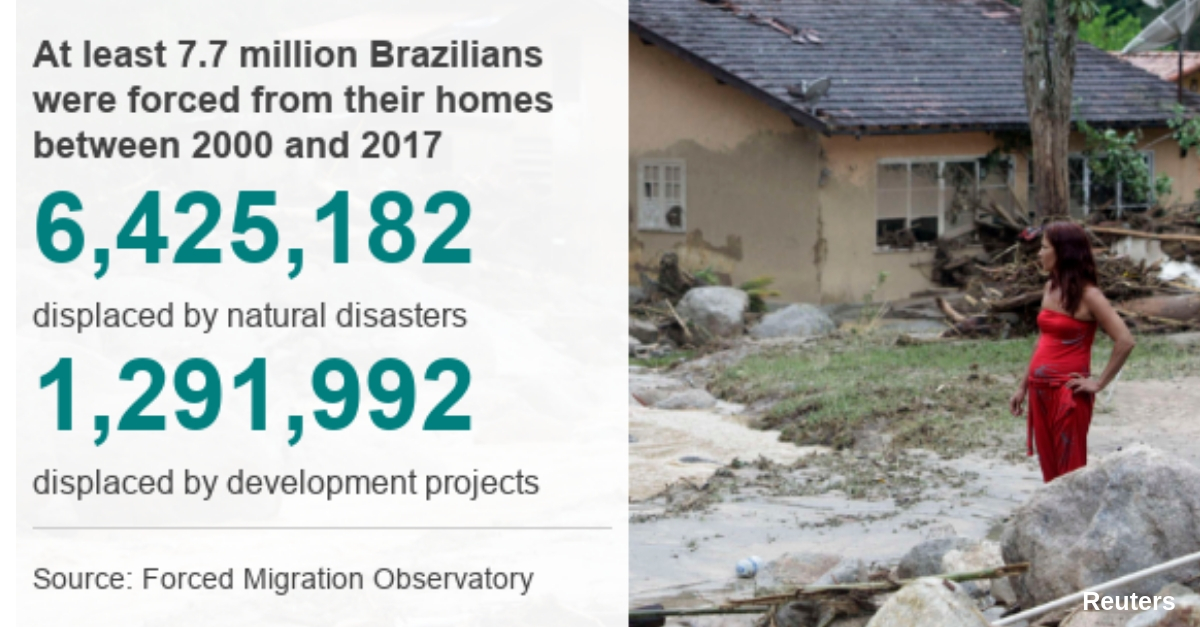 Four percent of Brazilians had to leave their homes because of natural disasters or development projects between 2000 and 2017, according to research organisation Igarapé.

The biggest factor driving people from their homes was flash flooding, which has been blamed on deforestation.

While Brazil reduced the rate of deforestation by 16% in 2017, some worry it could be on the rise this year as a result of environmental agencies having had their budgets slashed as part of austerity measures.

However, these worries do not appear to be swaying voters. In the first round of the presidential election, Marina Silva, a former environment minister who has addressed the issue, only got 1%. Mr Bolsonaro has the backing of agribusiness and has said he will to pull Brazil out of the Paris climate deal and abolish the main government agency tackling deforestation.