Innovation in Conflict Prevention (ICP) is a project aimed at identifying promising approaches, responses, and practices in the prevention in armed conflict, focusing on six country case studies in Africa. 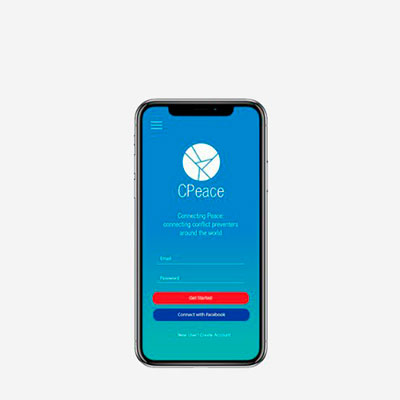 CPeace is an interactive app for policymakers,

practitioners, researchers, and other stakeholders working on 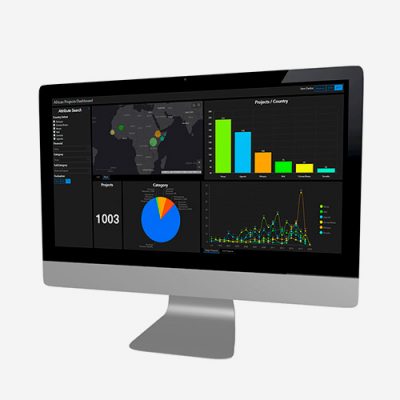 The Observatory of Conflict Prevention (OCP) is a free, 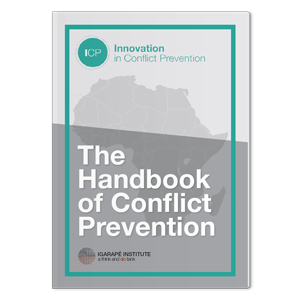 This is a series of podcasts with influential women mediators from around Africa, showcasing their trajectories and experiences with conflict prevention and resolution.

Through the Innovation in Conflict Prevention (ICP) project, the Igarapé Institute is leading a series of efforts to analyze how innovation takes place in conflict prevention practice in Africa. This project supports the United Nations (UN), the African Union (AU), and Regional Economic Communities (RECs)–as well as national and local stakeholders—in avoiding the outbreak, escalation or recurrence of armed conflict.  In addition to developing interactive platforms, the project has yielded case studies from three regions of Africa: the Sahel, the Great Lakes Region, and the Horn of Africa.  Three of the cases studies were carried out through a partnership with the Institute for Security Studies (ISS).

Over the past decade, major organizations such as the United Nations (UN), the African Union (AU), and their member states have renewed their commitment to expanding conflict prevention responses around the world. This new urgency in thinking seriously about conflict prevention is due in part to the far-reaching human and economic costs of armed conflicts, especially in Africa and the Middle East. Yet the availability of information on “what works” to prevent conflict is surprisingly thin. There are comparatively few repositories of good practices, much less effective means of sharing and distributing them among relevant institutions and individuals. In mapping and analyzing innovation in conflict prevention in three regions of Africa, the project helps to fill this gap.

The ICP assesses a wide range of relevant policies, programs, and practices in selected conflict clusters across Africa, focusing on three areas: the Sahel, the Horn of Africa, and the Great Lakes region. The project’s overarching outcome is to reduce the threat of violent conflict to vulnerable populations in selected African states. ICP is focusing on several key thematic priorities, including mediation, gender and inclusive peace processes, youth peace and security, climate change, and combating violent extremism, and South-South cooperation.

Knowledge products such as policy briefs, articles, and strategic notes have been developed for a host of institutions associated with the United Nations (Department of Political Affairs, Department of Peacekeeping and the Peacebuilding Support Office), the African Union (AU) and its various departments, Regional Economic Communities (RECs), and relevant divisions of specific government and civil society stakeholders in New York, Addis Ababa and settings in the Sahel, the Horn, and the Great Lakes regions.

The project emphasizes the critical importance of adopting and mainstreaming a gender lens. Our team is committed to examining the specific role of women in designing, implementing, and evaluating conflict prevention, as well as international peace and security more generally. A special effort has been placed on identifying innovative policies and solutions to prevent and reduce organized violence that involve women and girls across Africa. Likewise, the team has explored the ways in which conflict prevention, peacemaking and peacebuilding activities have actively fostered the meaningful participation of women. 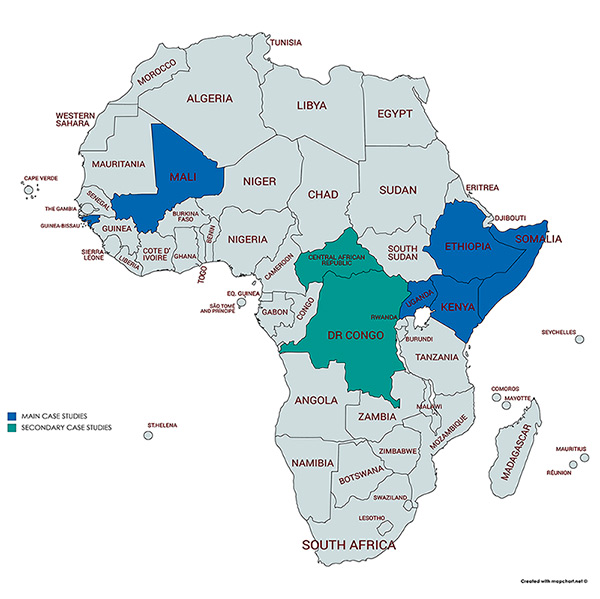 Q: What is the Innovation in Conflict Prevention (ICP) initiative?

A: This project supports decision-making at the United Nations (UN), the African Union (AU), and the Regional Economic Communities (RECs)—as well as national and local stakeholders—in avoiding the outbreak, escalation, or recurrence of armed conflict.  ICP entails the identification, categorization, and analysis of concrete preventive responses, from immediate measures like mediation and good offices, to long-term initiatives involving climate change, migration policy, and infrastructure development.  The project has a transversal concern with inclusivity, primarily through the Women, Peace and Security Agenda (WPS) based on UN Security Council Resolution 1325.

Q: What do you mean by conflict prevention?

A: In our understanding, conflict prevention refers to responses that are designed to avoid and/or mitigate social tensions that could lead to armed conflict.  We consider armed conflict to be only one extreme manifestation of a broad spectrum of disputes ranging from latent to open. This perspective is very much aligned with the Sustaining Peace vision that is being promoted at and by the United Nations.

During the past 18 months, Igarapé has developed a conflict prevention typology based on three broad categories: immediate prevention (avoidance of the imminent outbreak, escalation or recurrence of armed conflict); structural prevention (long-term preventive approaches that combine development, human rights, and security measures), and transnational prevention (initiatives that entail cooperation and coordination across two or more states, often with support from regional or international organizations).  We have identified and categorized conflict prevention initiatives across more than 40 subcategories.

Q: But isn’t it much more expensive to engage in conflict prevention?

A: No, there is plenty of evidence showing that effective conflict prevention is far cheaper than trying to manage open conflict, in humanitarian, economic, and environmental terms.  UN peacekeeping and ad hoc responses are often a much-needed last resort, but in some cases they would not be necessary at all if stakeholders were better at identifying and tackling emerging challenges. The key question is identifying what works, where and why, and designing appropriate responses.

The world is experiencing an uptick in the frequency of complex conflicts, in which non-state actors and transnational networks play a bigger role. While inter-state conflicts have become less common, intra-state and hybrid conflicts are becoming more common and more intractable.

Q: What are the main project outputs?

A: ICP yielded two main outcomes.  Fieldwork in six African states (Ethiopia, Kenya, Guinea-Bissau, Mali, Somalia, and Uganda) produce a series of journal articles and case studies on topics as varied as women and mediation and the regional impact of peace agreements. In addition to this qualitative research, we created from scratch a database of conflict prevention initiatives that currently has around 1200 responses, with 14 variables for each. Users can visualize, map, and analyze these initiatives across time. So far these results have been presented at seminars held in Addis Ababa and New York, and after the Paris Peace Forum, a third seminar is planned for Ottawa in late 2018.

A: Yes, lots. In addition to dozens of op-eds and three policy briefs, the project yielded a series of podcasts with African women mediators.  In addition, our development team created an interactive mobile phone app, CPeace (Connecting Peace), that encourages conflict prevention practitioners, policymakers, and researchers to link up and exchange ideas.  We are making these outputs available in English and French.

In 2018, Igarapé also carried out fieldwork in the Democratic Republic of Congo, Mali, and Central African Republic through other projects, and these experiences have also yielded analyses of conflict prevention approaches.

Q: What are some of the key findings?

A: The main finding from ICP concerns inclusive prevention: the idea that, in order to effectively work, conflict prevention initiatives need to be made more inclusive—not only with respect to women, but other social groups that are typically disenfranchised in political, security, and development decisions.  In those instances in which different populations groups felt adequately represented in the design and implementation of responses, conflict prevention is more effective and viewed as having greater legitimacy.

A second finding concerns conflict-sensitive socioeconomic development. While diagnostic tools for conflict risk are well-developed and the drivers of armed conflict are generally well understood across the settings studied in this project, many development projects are designed without a conflict-sensitive approach, and can on occasion foster rather than prevent conflict. This is particularly true of large-scale infrastructure projects.

Q: What impacts has the initiative had?

A: Although the first phase of ICP ended in October 2018, the project findings and outputs have received attention from a number of international organizations, including the UN and AU, as well as local actors.  In Guinea-Bissau, for instance, our analysis of the role of local women in mediation helped to bring attention and support to the Group of Women Facilitators. Other institutions have begun to explore the potential of the Observatory of Conflict Prevention and the CPeace app in understanding conflict prevention practices and possibilities at a concrete level.  The project’s outputs have also been published in outlets such as ReliefWeb, Passblue, and the Globe and Mail.

Q: Where can I find this material?

A: Most of the materials are available in digital form on our project website: https://igarape.org.br/en/innovation-in-conflict-prevention/ . We also have a brochure that summarizes the outputs.

Q: Who has led this initiative?

The project lead is Igarapé Institute, a “think and do tank” with headquarters in Rio de Janeiro, Brazil.  The institute was established in 2012 and is devoted to issues of development, justice, and security.  Thematically, our work covers two overlapping areas: the Citizen Security area deals with mostly domestic (Brazil-based) issues of drug policy, homicide, police, and cybersecurity.  The International Peace and Security area´s portfolio covers conflict prevention and resolution, UN peacekeeping, peace negotiations and agreements, and migration and refuge.  Geographically, we work primarily in Latin America and Africa, but Igarapé has partnerships with other think tanks and research institutions all over the world.  Most Igarapé staff are female.

Three of the case studies were carried out in partnership with the Institute for Security Studies (ISS).

Q: Who funds the ICP initiative?

A: The first phase of the project (May 2016-October 2018) was funded by Global Affairs Canada.

Q: What are your future plans for ICP?

A: Igarapé Institute is currently seeking opportunities to build upon and expand on the project through a second phase and we are exploring new geographic areas of focus as well as partnerships. The Institute is also in dialogue with international organizations, including divisions of the UN and AU, to explore how to improve on the Observatory of Conflict Prevention and CPeace app.

The Institute for Security Studies (ISS) partners to build knowledge and skills that secure Africa’s future. Its goal is to enhance human security as a means to achieve sustainable peace and prosperity. The ISS is an African non-profit organisation with offices in South Africa, Kenya, Ethiopia and Senegal. This work covers transnational crimes, migration, peacekeeping, crime prevention and criminal justice, peacebuilding, and the analysis of conflict and governance. The ISS uses its networks and influence to provide timely and credible analysis, practical training and technical assistance to governments and civil society. This promotes better policy and practice, because senior officials can make informed decisions about how to deal with Africa’s human security challenges.