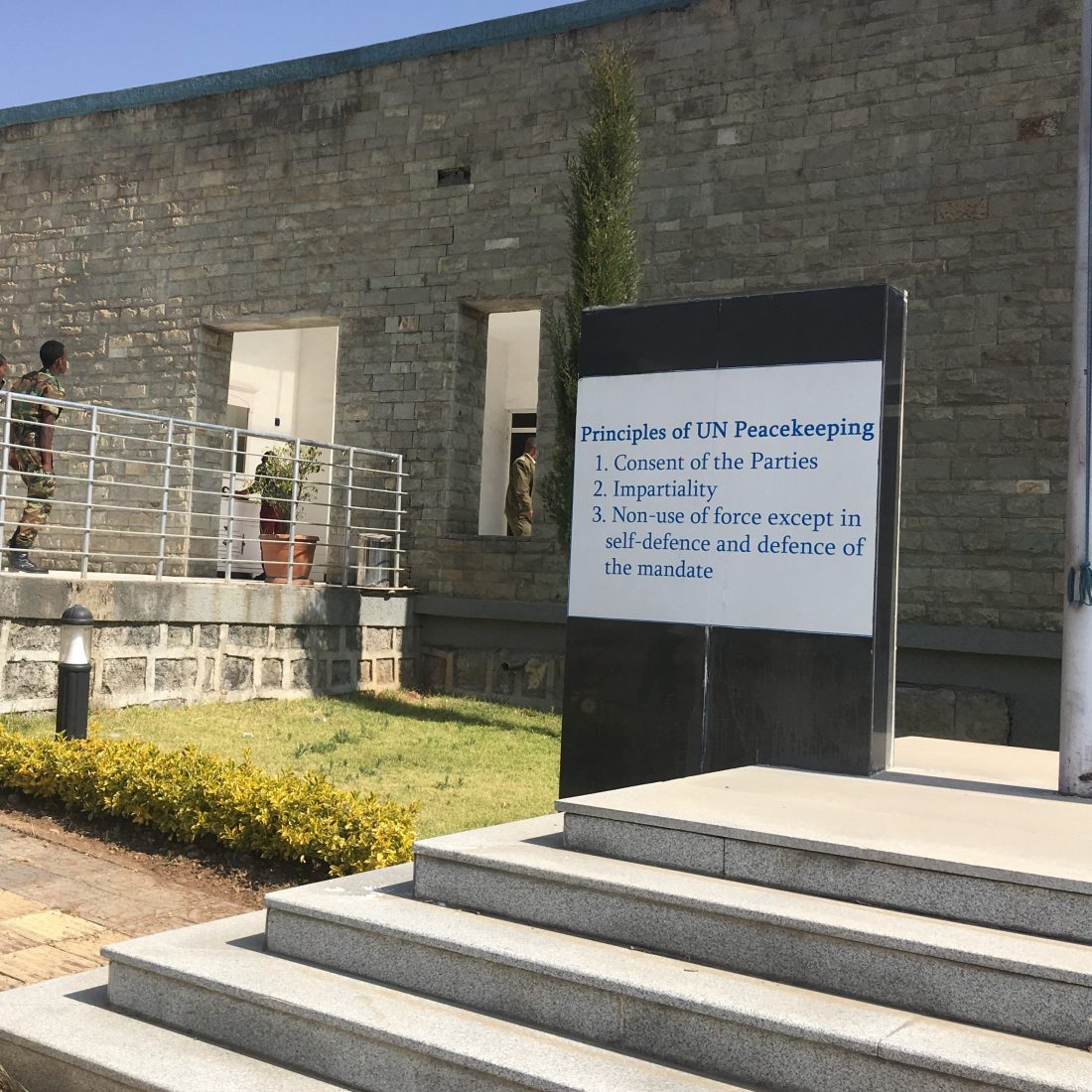 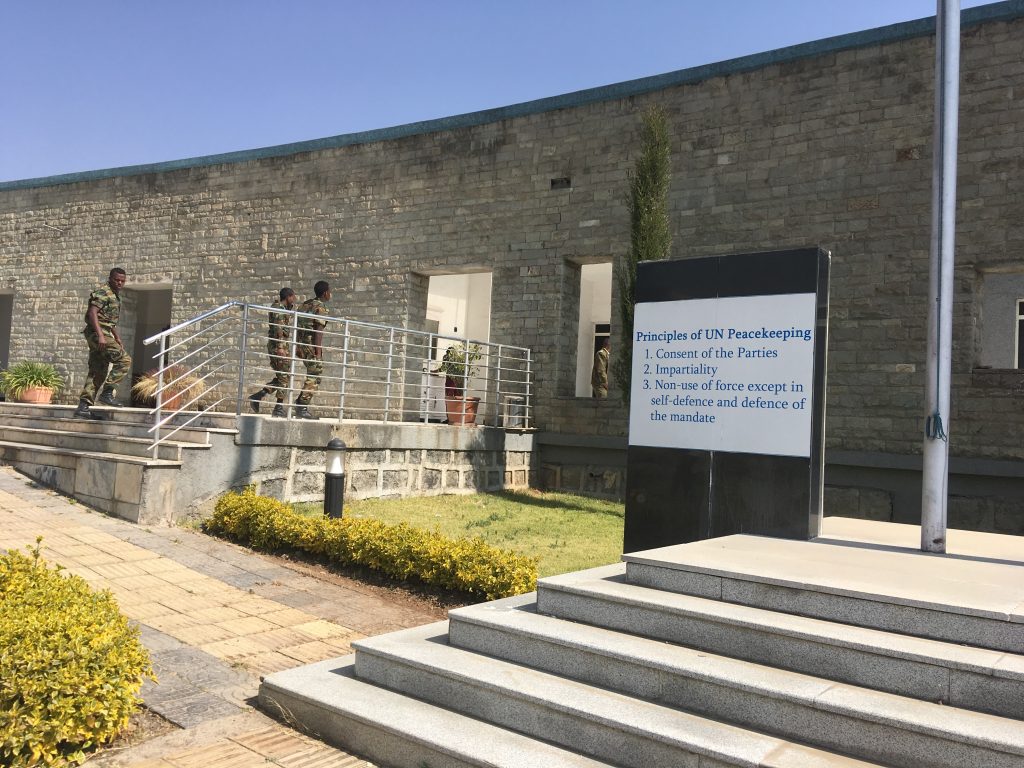 How can states that contribute troops, police, and civilians to peacekeeping operations learn from one another about training for such deployments?  Although TCCs/PCCs have historically operated in a relatively isolated fashion, new networks of exchange are helping to drive innovation, including through trans-regional South-South cooperation.  In one such instance, incipient but growing ties between Brazil and Ethiopia in peacekeeping training show that enhancing cooperation between training centers, even when they are located in entirely different regions of the world, offer valuable opportunities to exchange information and experiences, identify best practices, and generate innovative solutions for peace operations.

Brazil has plenty of reasons to look to Ethiopia for inspiration in the peace and security field. Ethiopia has contributed to United Nations peace operations since the UN Command (UNC) in Korea, from 1950 to 1954, as part of the first UN-authorized intervention in an open armed conflict.  Since then, Ethiopia has become not only an indispensable actor in the turbulent Horn of Africa, but also an important player elsewhere in the continent and beyond.  At the moment, Ethiopia is the single largest troop contributor to UN peace operations, with 8,378 military and policy serving in UN missions and another 4,395 in African Union peacekeeping (it also maintains a large number of troops bilaterally in Somalia and supplies practically all troops to the UN Interim Security Force for Abyei – UNISFA). Ethiopia has considerable experience in operating in complex settings, including some marked by violent extremism, as well as with rapid deployment and integration of women soldiers and officials.

In order to better prepare its troops, police and civilians for such missions, in 2015 Ethiopia established its Peace Support Training Center (FDRE – PSTC). The PSTC, located in Addis Ababa, centralizes the “training of trainers,” at the moment primarily for UNISFA, UNAMID (in Darfur), and UNMISS (South Sudan), as well as the AU mission in Somalia (AMISOM). In addition to offering a range of courses—including in humanitarian concepts and human rights; mission components, operations, and procedures; gender awareness; logistics; and history of peacekeeping—the PSTC provides specific modules based on lessons learned in the three countries to which it deploys significant numbers of troops.

To help overcome resource constraints, Ethiopia has partnered with several countries to build and furnish the PSTC installations and to develop the center’s curriculum. Although most partners are advanced economies, South-South cooperation has begun gaining momentum.  More specifically, Ethiopia’s peacekeeping cooperation with Brazil began in 2017, when the two countries established a bilateral agreement that allows a Brazilian Army officer from the Brazilian Peace Operations Joint Training Center (CCOPAB) to work as an instructor and advisor on a broad gamut of activities at PSTC, initially for three months. For Brazil, Ethiopia represents a promising partner not only due to the latter’s importance as an actor in international peace and security, but also for its vast experience in peacekeeping, especially in African contexts.

The agreement is also timely when one considers that, with the 2017 closing of the UN Stabilization Mission in Haiti (MINUSTAH), which was Brazil’s most significant peacekeeping engagement to date, Brazil is considering deploying troops to the UN Mission in Central African Republic (MINUSCA).  Although Brazilian troops and police have taken part in other Africa missions and there are some Brazilian officers serving in MINUSCA, deploying to the Central African Republic would represent Brazil’s first substantial peacekeeping engagement in a non-Lusophone country in the continent.  Against this backdrop, it will become crucial to build connections and learn from African TCCs and PCCs with widespread experience. Even though Ethiopia has no military and police deployed in CAR today, Brazil might benefit from its exchange with Ethiopia in understanding and dealing with other conflict-affected settings in the region.

Although, as a fellow developing country, Ethiopia faces constraints on its financial resources, it has 12,773 personnel deployed in 2017.  The ability to train this large numbers of troops efficiently was made possible in part by cooperating with international partners to build its peacekeeping training center. For instance, Ethiopia managed to set up its center building in Addis Ababa through UK financing, while the Netherlands and the US helped to furnish the installations. Germany has pledged funds for the construction for student accommodations. The PTSC has also partnered with Ethiopian universities and institutions abroad to offer e-learning to peacekeepers from elsewhere in Africa and Latin America.

Moreover, Ethiopia has been cooperating with international partners in curriculum design, for instance by working with Japan to develop innovative courses on Conflict Prevention, Management, and Resolution.  Given the growing importance attached to preventive approaches at both the UN and AU, this course sequence represents a curricular innovation from which Brazil could also draw inspiration. Other areas at PSTC, including gender mainstreaming, may also offer valuable sources of insight for Brazil’s defense institutions.

At the regional level, although PSTC does not have direct links with the AU, the center works directly on AU issues and initiatives, for instance by training Ethiopians peacekeepers for AMISOM. By expanding its cooperation with PSTC, Brazil could become a more relevant player to the AU—a strategically important relation not only due to historical ties between Brazil and AU member states, but also because of the   possible deployment in CAR.

At the same time, Brazil can also be a source of learning for Ethiopia.  For instance, Brazil is known for its high quality training and application of UN Standards, both of which can be strengthened at PSTC through the cooperation agreement. For instance, a Brazilian Army officer who spent three months at PSTC in 2017 developed curricula for two PTSC courses, one on Civil-Military Coordination (CIMIC) and another for UN Staff Officers (UNSO).  There are other areas in which Brazil may be a useful source of knowledge, including patrolling practices and the use of mobile training units.  Expansion of the cooperation arrangement—even beyond the Brazilian Army to include the other branches of the Armed Forces—could thus entail more officer exchanges, including sending Ethiopians to CCOPAB and other Brazilian military institutions.

For the UN, this type of cooperation among TCCs/PCCs is essential in improving the quality of peacekeeping training.  Not only does such South-South cooperation allow for closer ties among TCCs/PCCs, it also promotes knowledge sharing and the development of innovative solutions.  Boosting these ties can help make UN peacekeeping more effective, including in its preventive aspects, and can strengthen the position of TCCs/PCCs not just as “boots on the ground,” but also as normative players in key peacekeeping debates.