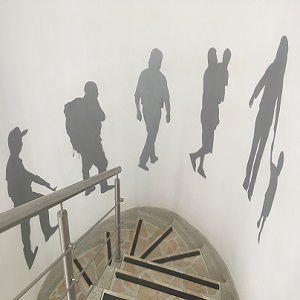 Innovations and Challenges from Colombia 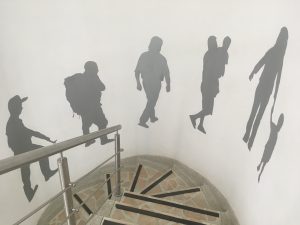 UN Security Council Resolution 1325 and the resulting agenda on Women, Peace and Security has called for more inclusive peace processes, stressing that women’s specific needs and experiences should be taken into account during and after peace negotiations. Yet the role of women ex-combatants in peace processes remains understudied and somewhat neglected in policy circles.  As a result, women ex-combatants often remain marginalized during peace talks and  stigmatized during peacebuilding.  This omission may contribute towards new social tensions and relapse into conflict, especially in contexts with large numbers of women ex-combatants.  Excluding female fighters may also exacerbate pre-existing gender inequalities and generate new ones altogether.

For instance, gender-blind reintegration processes can fail or further stigmatize women ex-combatants, preventing them from participating fully in the country’s social, political, and economic life as it attempts to build a peaceful landscape. Some women end up hiding their status as ex-combatants, which prevents them from taking part in disarmament, demobilization and reintegration (DDR) and related processes.  They also face hurdles in accessing public services such as education and housing, especially in countries where women traditionally have little access to land and property.  When training and education opportunities are offered to women ex-combatants, they typically follow gender stereotypes that fail to take into account the preferences and abilities of these women.

The overlooking of women ex-combatants results in part from broader gender stereotypes that present women narrowly as victims of conflict.  Despite this persistent belief, empirical studies, such as a 2015 Study of Maoist women in Nepal, shows that the “continuum of inequalities” faced by women ex-combatants may result in new types of violence and victimhood even after a peace process is signed.  This finding suggests that acknowledging the role of women ex-combatants requires tackling two contradictory dimensions of this type of experience: both victimhood and agency, including in the direct commission of violence.

In the case of Colombia, women are estimated to make up anywhere between 29 and 40 % of Marxist-inspired guerrilla groups, including the FARC-EP, which signed a peace agreement with the Colombian government in late 2016.  However, attempts to incorporate the voices of women ex-combatants in the country’s long list of attempted peace talks date back decades, and these experiences underscore the importance of two strategies in ensuring that peace negotiations and transitional processes like accord implementation, SSR and DDR-related efforts, and truth commissions are not gender-blind.  These strategies are: network formation and information exchange, both within countries and across borders.

During the 1989 peace process with the M-19 guerrilla, which resulted in its transformation into a political party, a group of women ex-combatants came together at the group’s peace camp in Santo Domingo, Cauca, to press to have their concerns heard during the negotiations. Although the group proved short-lived, some ten years later the Collective of Women Ex-Combatants (Colectivo de Mujeres ex-Combatientes) was founded, in 2001.  The Collective brought together women from different illegal armed groups (not just Marxism-inspired guerrillas, but also right-wing paramilitary organizations), drawing on their common identity as women ex-combatants to press for more inclusive peace processes. The Collective organized national, regional, and even international meetings through which women ex-combatants from Colombia and Central American countries shared ideas and experiences and brainstormed solutions.  They were motivated in part by the heavily gender-blind DDR processes put in place  in these countries, inckudig by the Colombian Reintegration Agency (Agencia Colombiana para la Reintegración, ACR).

In 2013, during the last peace talks with the FARC, the Collective presented a Letter for Peace (Carta por la paz) to the negotiators in Havana and met female delegates from the Colombian government in order to provide inputs into gender-sensitive policies.  Thanks to persistent efforts by women’s organizations, Colombian women managed to play a visible role in the FARC negotiations, both at the high table in Havana (most notably through the work of the Gender Subcommission) and through parallel efforts, such as the organization of national women’s summits and community-level initiatives.  Although the incorporation a gender perspective in Havana faced challenges, the negotiations offered a window of opportunity to make the voices of women ex-combatants heard more broadly.  Civil society has stepped up to shed more light on these experinces.  For instance, in 2016 the Observatorio de Paz y Conflicto at Uniersidad Nacional issued a publication titled “Women Ex-Combatants: Significant Experiences and Contributions to Peace (Mujeres excombatientes: experiencias signifiaativas y aportes a la paz) that offers recommendations from 122 women ex-combatants from the FARC ELN, among other illegal armed groups, on gender-responsive policies.

In Havana, guarantor states and the UNWomen also supported information exchanges among women ex-combatants. In May 2016, as part of the dialogues promoted by the Gender Subcommission, thirteen women were invited to Havana to shared their experiences, views, and recommendations on how to make negotiations and peacebuilding more inclusive, with a focus on the roles played by women ex-combatants.  Women came from Colombian armed groups (Partido de los Trabajadores, PRT, M-19, Ejército Popular de Liberación, EPL and Quintín Lame) but also from other countries (the Frente Farabundo Martí para la Liberación Nacional, FMLN, from El Salvador; the Unidad Revolucionaria Nacional from Guatemala, Movimiento de Liberación Nacional-Tupamaroes from Uruguay, African National Congress (ANC) from South Africa, Irish Republican Army, IRA, from Northern Ireland, the Free Aceh Movement in Indonesia, and a Maoist group in Nepal) to meet with government and FARC negotiators.  Participants discussed topics such as the laying down of arms and reintegration of ex-combatants into political, social, and economic life.   The meeting was also attended by the foreign minister of Colombia, María Ángela Holguín, and leaders from the FARC, as well as government negotiator María Paulina Riveros, all of whom recognized the event as an innovative opportunity to share lessons learned (both successes and failures).

However, the extent to which women ex-combatants will have their voices heard in the implementation of the FARC agreement remains unclear.  On the one hand, there have been efforts to boost their role in the political party that was created, amid concerns that it has not properly reflected the role that women had played in its ranks during the armed conflict.  In February 2017, around 70 FARC women from around the country met in Bogota for a two-day workshop led by former guerrilla leader Victoria Sandino to define their the role in the new political party and in Colombian society more broadly..  Within the zonas veredales where the ex-combatants gathered last year to lay down arms, communities are emerging in which women are taking an active role in local organization and economic initiatives. When I visited Agua Bonita, in the Amazon department of Caquetá, in mid and late 2017, women who had commanded guerrillas during combat were taking on leadership roles in organizing the community’s collective projects.

Despite these initiatives, concerns remain that needs assessment for the reintegration of women ex-combatants often fail to incorporate a gender lens, and that in Colombia changes to the national reintegration agency may not adequately promote inclusive and gender specific responses adequately.   And evidence from a variety of contexts indicates that, without effective gender-based reintegration approaches for women ex-combatants, these processes run the risk of generating new forms of exclusion, social tension, and even conflict.