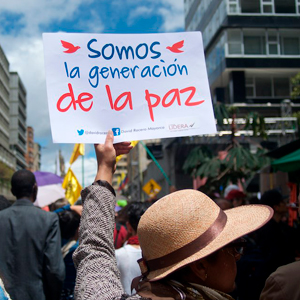 The 2030 Agenda as Strategic Entry Point 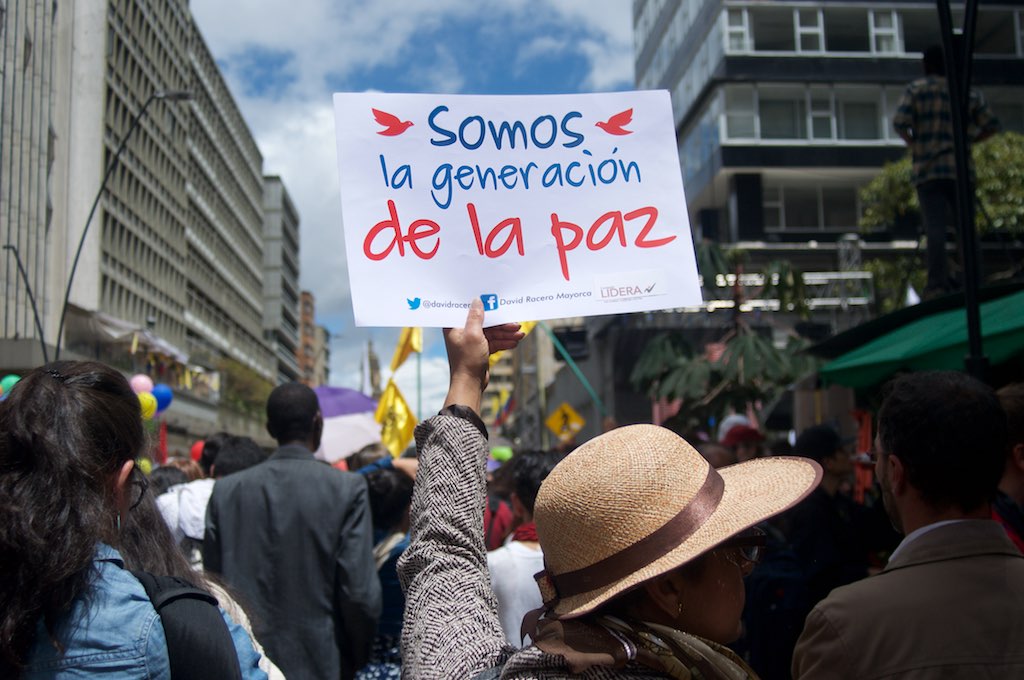 In 2017, UN Secretary General António Guterres stepped up efforts to promote sustaining peace, a vision for a more preventive and effective approach to international peace and security.   The concept calls for greater linkages between the three pillars of the UN—security, development and human rights—so as to address not only imminent and ongoing conflict, but also the root causes of instability and war.  From a historical perspective, sustaining peace represents an effort to bring back the UN to the original purpose behind it creation: the prevention of conflict.

Since 2016, when the UN General Assembly and the Security Council issued twin resolutions on sustaining peace, discussions around this vision have advanced not only at the UN, but also through a series of regional consultations led by civil society entities.  These meetings are designed not only to foment discussion around sustaining peace, but also to gather inputs from national and subnational actors, as well as international organizations, on how this vision may apply to particular settings. Lastly, these consultations represent opportunities to identify sensitivities and challenges ahead.

The Latin American peace and conflict landscape looks dramatically different from other regions.  Although the risk of open conflict in Latin America is far from non-existent, the region has proven highly successful in the prevention and peaceful resolution of wars.  The last open conflict, according to the definition provided by the Uppsala Conflict Data Program (UCDP), ended when the Colombian government signed peace agreements with the FARC guerrilla, in December 2016. Moreover, the region has successfully become a zone free of nuclear non-proliferation as well as chemical and biological weapons.   Latin America’s multi-layered architecture for resolution of disputes and promotion of democracy includes a wide gamut of bilateral arrangements, as well as a variety of regional organizations that range from the Organization of American States (OAE) to Mercosur and the Union of South American States (UNASUR), alongside more ad hoc arrangements for conflict resolution, such as the use of guarantor states in peace processes.

Despite these successes, it can hardly be said that Latin Americans live peacefully. Violent crime, including homicide and gender-based violence, has skyrocketed.  Some of the region’s cities are listed among the most violent in the worlds, and rural areas see land-based disputes spiral into violence.  Organized crime has taken root in parts of the region, in turn fomenting the illegal flow of arms and other illegal activities.  Local gangs and transnational criminal networks present particular challenges for sustaining peace that merit local, national, and regional solutions. Inequality and poverty persist, and recent gains in these areas are imperiled by the precariousness of social mobility that is consumption-driven and unaccompanied by adequate education, health, and other social services.  Alongside urban and rural violence, natural disasters and large-scale infrastructure projects that displace large populations trigger major migratory flows, both internally and across boundaries.   And political unrest, especially around electoral periods, has led to recurring turbulence in many parts of the region.   Institutions set up to address these issues are undermined by systemic and large-scale corruption that undermines trust in democratic processes.

Moreover, new factors of uncertainty are emerging. Structural changes in the world economy and in the global distribution of power, with the emergence of an asymmetrical multipolar world order, generate new risks (and poorly distributed opportunities) within the region.  Emerging technologies and artificial intelligence will certainly have a disruptive impact on Latin American labor markets. As a result, even with the absence of traditional war, the region faces numerous challenges for sustaining peace.

On the positive side, most Latin American states possess high capacity and relatively robust institutions compared to other developing areas of the world.  Coupled with a historical dislike for heavy-handed interventionism, this means that the concept of conflict prevention is often met with suspicion by local and national stakeholders.  The idea of external actors stepping in to prevent conflict can be interpreted as offensive, and it can trigger longstanding concerns about threats to national sovereignty.

Given these sensitivities, how can the sustaining peace vision be promoted in Latin America?  The basic toolkit is already available: the 2030 Agenda offers a strategic entry point for promoting this vision in Latin America, particularly among middle income countries (MICs).  The set of 17 Sustainable Development Goals (SDGs), covering 169 targets, comprise an ambitious global agenda, but they were based on a combination of consensus and respect for national sovereignty. In contrast to their predecessor, the Millennium Development Goals (MDGs), the SDGs are universal and therefore provide a strong rallying ground and a common purpose. Moreover, because the 2030 Agenda leaves it up to each country to decide how to achieve the goals, it leaves space for sovereignty in policymaking.   In other words, even where external support plays a role, the SDGs allow for local leadership.

During the 2030 Agenda negotiations, SDG 16—“Promote peaceful and inclusive societies for sustainable development, provide access to justice for all and build effective, accountable and inclusive institutions at all levels—“ became especially salient for Latin America. This goal creates a space in which elements such as strength of institutions, rule of law, and access to justice can be addressed.  Yet other SDGs are also relevant to sustaining peace, especially by underscoring the need for inclusive social policies in areas such as education, health, and gender equality.   In addition, the SDGs address many of the most common structural causes of instability and unrest, including inequality, poverty, social and political exclusion.   Focusing on the SDGs thus offers a focused, measurable, and politically palatable way for pushing for sustaining peace in Latin America.

At the same time, a cookie-cutter approach will not suffice. Implementation of the SDGs and, more broadly, of sustaining peace should be tailored to national and local context. The causes and dynamics of violence in Central America are somewhat different from patterns seen in South America or from challenges observed in the Caribbean. The Economic Commission for Latin America and the Caribbean, CEPAL, has carried out diagnostics that point to fundamental drivers of social conflict, such as inequality, and these can also provide a starting point for identifying the most strategic responses for promoting sustaining peace in the region.

At the same time, the idea of sustaining peace should be coterminous with Agenda 2030, both because there are elements that may not be adequately captured by the SDGs (such as the role of youth in conflict prevention) and because certain goals may have to be prioritized.   Making the 2030 agenda “fit for purpose” for promoting sustainable development is thus paramount. Moreover, stakeholders should ensure that pursuit of the sustaining peace vision does not lead to duplication or contradiction of the implementation of the SDGs.  Moreover, the dovetailing of these two agendas represents an opportunity to innovate in the ways the UN supports Latin American states.  By increasing coherence (for instance, through joint analysis and planning) and pushing for more localized and inclusive initiatives, the UN system may come to play the role it should in Latin America: that of a credible and welcomed high-level dialogue partner and supporter of effective solutions, whether nationally or through promotion of South-South cooperation.