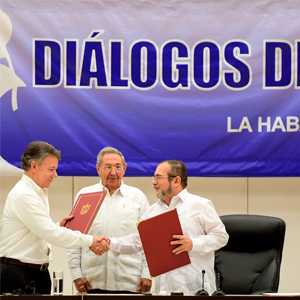 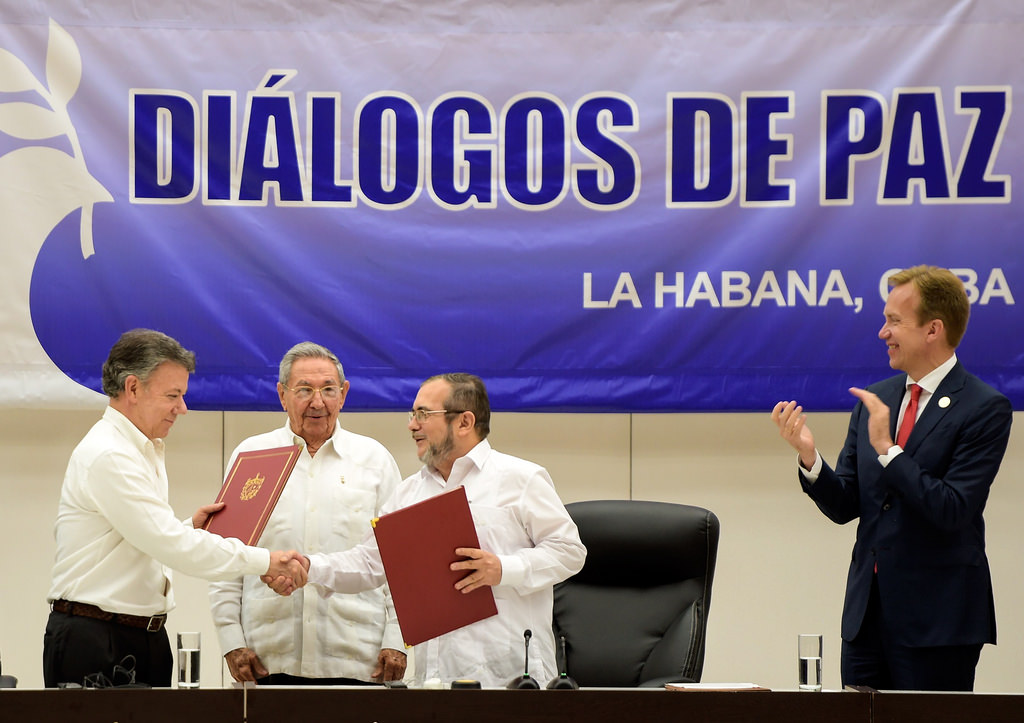 A signed agreement between warring parties does not guarantee peace. Indeed, empirical evidence shows that peace processes often fail during the implementation stage if clauses in the agreement remain unfulfilled.  Institutional inertia, political resistance, lack of inclusivity, or even built-in ambiguities within the agreement are among the factors that can hinder the process of turning the accord into a concrete reality, making that society prone to relapse into conflict, new patterns of violence, and persistent underdevelopment and human rights violations.  Without adequate monitoring mechanisms designed to accompany the progress (or lack thereof) in the implementation phase, stakeholders encounter difficulties in keeping track of successes and failures in a way that allows for timely adjustments and targeted efforts.  In addition, the lack of accountability may preclude the creation of dialogue spaces and local initiatives that are just as important to achieving peace as the accord itself.  Effectively monitoring of peace agreement implementation is therefore crucial to conflict prevention in societies transitioning towards peace.

During the Cold War, verification of peace agreements typically focused on cease-fires and cessation of hostilities, with military observers and technical personnel overseeing the process.  The UN often engaged in the implementation stage by deploying a peacekeeping or observer mission.  Since the 1990s, however, the implementation of peace processes has become a more comprehensive process, with a broader focus that includes the establishment of national and local institutions (such as truth commissions and special courts) tasked with executing the steps specified in the agreements.  In states characterized by relatively high institutional capacity, as in the case of Colombia, this process can be nationally led, with the UN and other organizations taking on a support role and offering a wider variety of responses, including political missions with monitoring mechanisms for cease-fires, laying down of arms, and reintegration of ex-combatants.

Because agreements have become more multi-dimensional, the monitoring of the implementation stage has also become more complex, requiring the use of new technologies and innovative institutional arrangements. The 300-page accord signed between the Colombian government and the FARC guerrilla, in December 2016, is a case in point.  The agreement covers six key points: Comprehensive Rural Reform; Political Participation; End of the Conflict; Solution to the Problem of Illicit Drugs; Victims of the Conflict; and Implementation and Verification Mechanisms. Item 6 specifies that a commission called the Implementation, Monitoring, Verification and Dispute Resolution Commission of the Final Peace Agreement, known in Spanish by the acronym CSVR, be set up and comprised of representatives from the government and the FARC.  The CSVR was tasked, among other responsibilities, with developing a framework for the implementation of the agreements, resolution of disputes, and monitoring the components of the agreement.  Involved actors realized, however, that–given the complexity of the agreement and the long history of the conflict (the two sides batted each other for 52 years, with more than 200,000 deaths and 5 million civilians displaced) —detailed monitoring would require external technical capacity and the involvement of third parties.

In order to tackle the challenge of monitoring the accord implementation, an invitation was extended to the Kroc Institute for International Peace Studies at Notre Dame University, in Indiana (USA). The collaboration aimed to devise a new methodology to track the implementation of the agreement. This process—named the Barometer Initiative—is carried out under the umbrella of the Peace Accords Matrix (PAM), a center devoted to the measurement of peace agreements on a systematic and comparative basis. In addition to tracking the Colombian agreement, the system includes data on 33 other peace processes. Across these accords, PAM tracks the implementation of 51 different types of provisions, including ceasefires, decentralization and federalism, constitutional reform, withdrawal of troops, and verification mechanisms, drawing on a methodology designed to provide continuous whole-of-agreement implementation capacity.  In the case of the FARC peace process, the role of Kroc was written into the agreement, allowing for a firm commitment to the partnership.

A detailed matrix was created based on the FARC agreement. Over 550 stipulations were then categorized around major themes as well as more specific areas called policy clusters. A mobile team of peace implementation experts with local reach was assembled, with staff hired around the country and tasked with collecting data from a variety of sources, from government offices to media and NGOs.  The data is coded in ways that make objectives measurable and comparable to other agreements and is then entered into a database housed at Kroc.  The data is triangulated so as to ensure the reliability of the information.

Although Kroc issues its own nonpartisan analyses and periodic assessments of the pace, strengths, and gaps in implementation of the agreements, the database has also been made available to around 200 other organizations, which can offer their own interpretation of the data.

There are several advantages to this model compared with previous approaches to peace process monitoring.  First, the methodology breaks down a complex accord—in practice, a set of six agreements—into measurable components, making it easier to track progress and identify lags.  Second, the inclusion of other organizations helps to engage a larger number of stakeholders in the monitoring process, increasing its overall accountability. Third, making the data more widely available renders the process more open and encourages more evidence-based analysis of the implementation.  Finally, the availability of comparative data makes it easier to identify common empirical patterns, outlier cases, and in some instances, possible solutions to gaps in implementation, including early preventive measures to emerging gaps.  This increases the relevance of the analysis to other contexts besides Colombia.

More broadly, although the matrix seems on the surface like a technical methodology effort, in practice it also contributes towards an impartial yet focused space in which the implementation can be assessed and discussed.  In essence, the Barometer initiative helps to indirectly drive the implementation process by raising awareness of the pace and quality of implementation and engaging by a variety of actors, from government agencies to civil society partners such as the Social Pastorate of the Catholic Archdiocese in Colombia.

The Colombian case shows that it is important to launch this type of partnership and methodology early on, ideally even before agreement is signed, and even better, as in the case of the FARC agreement to write it into the text of the accord.  While the process should be adapted according to context, the Barometer initiative has raised the bar on how to monitor the implementation of a peace agreement, increasing its potential for sustained conflict prevention.