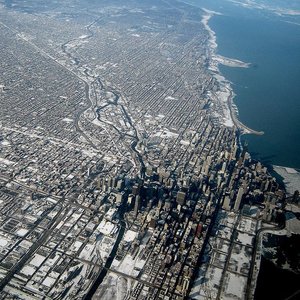 The world has entered its urban age. More than half of the globe’s population currently resides in cities as compared to just three per cent in the nineteenth century. By 2030, the ratio will increase to two in every three people on earth. Virtually every prediction indicates that urbanization will continue its runaway pace, though not all areas will be affected equally. Rather, future population growth will concentrate primarily in lower- and middle-income countries of the so-called “South”. This expansion is giving rise to sprawling cities – and slums – and altering the geopolitical architecture.

Seismic transformations in demographic and urban geographies are precipitating shifts in global governance. It is not just the fact of power and influence diffusing from nation states to cities and corporations – but the ways in which the process is occurring. Specifically, urban conurbations and megacities – densely populated settlements with ten million residents or more – are emerging as new power-brokers. At the moment, one in five people live in 27 megacities around the world. What is more, about 600 large and intermediate cities now make up roughly two thirds of the global economy.

Urbanization is generating advantages, especially in East and Southeast Asia, but also tremors of instability, including in Africa, the Americas and South Asia. The pace and scale of city growth isconcentrating minds. Pakistan’s primary city, Karachi, grew more than 80 per cent between 2000 and 2010 – and is now home to at least 21 million people. These and other fragile cities will be the future sites of complex forms of violence. Indeed, they are already being subjected to stabilization and pacification activities by foreigners and local governments alike. Hawkish military specialists predict that urban centers will take center-stage in tomorrow’s wars. Not surprisingly, the humanitarian sector is taking note.

Cities have long played a leading role in shaping the form and content of international affairs. Even before the 1648 Peace of Westphalia, city-states from Venice to Chengdu were where power typically resided. After a three century reprieve, a period dominated by nation states, cities are making a comeback. For example, city diplomacy – with mayors, town planners, and police chiefs serving as emissaries – is accelerating. Although some national authorities resent the pivot back to cities, they are increasingly involved in what could be described as competitive cooperation. Cities are demanding greater devolution of power while at the same time asserting themselves on the global stage.

Cities are also playing an increasingly prominent role in shaping international security priorities. For more than six decades cites have entered into “twinning” arrangements to promote solidarity and reconstruction in urban centers devastated by armed conflict. Initiatives such as Mayors for Peace, Cities for Peace and the Municipal Alliance for Peace in the Middle East have demanded an end to the nuclear arms race. Alliances such as the Global Safer City Network and the European Forum for Urban Safety are also exporting innovative models of public security. Cities are also stimulating economic development through, for example, the Millennium Towns and Cities Campaign, the New Cities Foundation, and the United Cities and Local Governments network. A 2013 High Level Panel recently noted how “cities are where the battle for sustainable development will be won or lost.”

A new kind of city diplomat is emerging. “Glocalists” are leading front-line activities – negotiating agreements, collecting information, preventing conflicts and committing funds. Urban leaders are busily translating and codifying global norms agreed in the United Nations into their municipal legal systems. To take just one example, since 2005, the C40 initiative has gathered 60 mayors to commit to clean-energy, waste management and sustainable transport and is presently one of the most visible (and effective) exponents of the climate change debate. Taken together, cities are influencing norms, processes andrevolutionizing governance in profoundly dramatic ways.

Notwithstanding their many virtues, there are also a great many risks facing the world’s fastest growing cities. To wit, there are many large metropolises and large urban centers that are falling behind. These cities are, in the vernacular, “failing”. They are failing to deliver services, ensure adequate governance or integrate into global systems of finance, services, migration or otherwise. Not surprisingly, many (but not all) of these cities are also located in some 40-50 so-called fragile states. And it is these states and cities which will almost certainly be the focus of intensive engagement in the coming decades. A new sociological category has emerged in the international policy lexicon – “fragile cities”.

While still not adequately defined, fragile cities bear many of the hallmarks of so-called “fragile” and “failed” states. At the most general level, they exhibit fatal ruptures in the social contract binding urban elites with city residents. In such settings urban authorities are either unable or unwilling to deliver essential services or consolidate a monopoly over the legitimate use of force. Entire swathes of fragile cities may appear ungovernable, subjugated to alternate forms of governance by insurgents, drug traffickers, gangs, militias and/or vigilante groups. In extreme cases, the ability of city institutions to adapt, cope and rebound from stress may show signs of strain or become overwhelmed entirely.

While novel, fragile cities are already setting off alarm bells in security and development circuits. Many fear the national and regional contagion that could arise from their collapse. Some commentators breathless describe how mega-slums are the future sites of national insecurity and civil conflict. Others contend that so-called feral cities already constitute “natural havens for a variety of hostile non-state actors” and may pose “security threats on a scale hitherto not encountered.” Fragile cities thus are being problematized by what critical scholars term the new military urbanism. Militaries and humanitarian actors alike now predict cities to be the primary site of warfare and are adjusting their strategies and tactics accordingly.

Urban fragility can be seen as both a cause and effect of transformations in national and municipal governance and spatial organization. In many rapidly expanding cities in Latin America, the Caribbean and sub-Saharan Africa, shantytowns and slums are now no-go areas – or zones of exception – far beyond the reach of public security forces or even basic public utilities. Entire neighborhoods and sections of cities display a myriad of risk factors that limit the upward and outward mobility of their residents and expose them to threats to their health and wellbeing. Residents become quite literally trapped, physically and psychologically, and segregated across generations.

It is also the case that in many cities, slums are much less dangerous than believed. There is often a disproportionate fear of crime relative to its real occurrence. Yet even when evidence to the contrary exists, most elites still opt to build higher walls and more sophisticated security systems to guard themselves. Cities such as Caracas, Maceio, Nairobi, Port Harcourt and San Pedro Sula are criss-crossed Manichean landscapes of “safe” and privately maintained gated communities and their “violent” and public peripheries. The predominance of real and perceived insecurity is quite literally reshaping the built environment in fragile cities. It is giving rise to what Dennis Rodgers and Bruce O’Neill characterize as “infrastructural violence”.

While fragility is reversible, its consequences are far-reaching. The result is the inexorable segmentation of public and private urban space, the erosion of social capital and cohesion between neighborhoods and neighbors, and the reproduction of new and more intractable forms of violence. Of course, fragile cities are intimately connected to the structural dynamics of urban agglomeration, as well as to the competing interests of — and power relations between — groups. Yet, urban decay and disorder need not imply that cities cannot rebound and ultimately transform for the better. To the contrary, it is the very resilience of cities that is the pathway out of fragility, and a wellspring of resistance and agency from which powerful insights must be drawn.

The promise and peril facing the urban century is increasingly acknowledged in international policy circles. There is little doubt that some cities will prosper, re-shaping and re-making international norms in inspirational ways. It is also likely that other cities will stumble, becoming a focus for diplomats, soldiers and aid workers. As Benjamin Barber has observed, cities are deploying “soft governance” to shape the international agenda. Owing to the transnational nature of today and tomorrow’s challenges – from climate change, financial instability, and the transformation of violence – their leadership is more necessary than ever before.

Whether characterized as fragile or not, cities are already influencing the direction of security, peacebuilding and development efforts. The expansion of city networks indicates that they see strength in numbers. And while aspiring for global voice, the genuine power of cities is in the way they operate at the local scale. It is in their vast neighborhoods and their communities, and not necessarily the corridors of national parliaments or military establishments, that the metropolitan revolution has already begun. The question is whether cities can and will fulfil their tremendous potential.