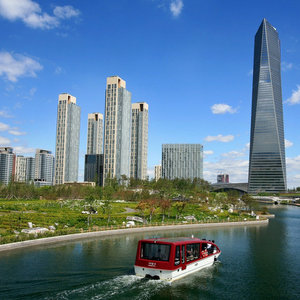 1. Work out what problems need fixing

Too many smart city visions concentrate on big data and the internet of things when there are more fundamental problems, says Tom Saunders, a senior researcher at Nesta. Take Jakarta and Beijing: “They are both currently exploring data dashboards and citywide sensing projects to address issues around traffic congestion, when what these cities really need are vastly improved public transport systems.”

For Robert Muggah, research director at the Igarape Institute, leaders should come from the public sector. “Some of the standout smart cities – Barcelona, Amsterdam, Malmo – exhibited dynamic leadership from their mayors as well as chief executives,” he says. “Crucially, they did not leave the evolution of the city to the market … In parts of Africa and Asia smart cities are almost purely private sector-driven. As a result, we are seeing elaborate hi-tech satellite cities gathering dust.”

3. Develop a vision everyone can get behind

The Olympics is a good example of a shared goal, which succeeded in bringing together communities, the public and private sectors, academia, volunteers and business. “Many smart city projects fail in communicating the vision, capturing the imagination of people so they can be bothered to participate,” says Priya Prakash, the founder of Design for Social Change. “There is a cultural dimension missing in the conversation.”

Networks of sensors need expensive infrastructure, and there’s currently little precedent around whether it’s the taxpayer or industry that foots the bill. A vision that adds economic, social and environmental value could be key to attracting investment from tech companies, universities and elsewhere. “The tech is probably the easiest bit to fix,” says Stuart Higgins, of Cisco UK & Ireland. “Who pays, who drives the changes, who should be involved – they are all bigger challenges.”

Open data is critical to fostering an ecosystem for innovation, says Tomas Holderness, a chartered geographer and Smart research fellow. But the public sector, with its entrenched ideas around data protection, can be reluctant to share. Mara Balestrini, partner at Ideas for Change, says city councils should see it as “investment rather than expenditure: I’m sure it would cost them a lot more to solve public transport issues by themselves”.

6. Design from the bottom up

“We have learned from past technology failures that large projects are doomed but breaking down projects into bite-size pieces often works better,” says Yodit Stanton, founder and CEO of OpenSensor.io. Fujisawa, Japan, is an example of a city designed from the ground up. “It’s a disaster proof, self-sufficient town with self-cleaning homes that generates its own electricity,” says Cisco’s Higgins. “Even the streets are designed to reduce energy consumption – they follow the shape of a leaf to help natural airflow and reduce the need for AC.”

“We are still in the early days of exploring the costs and benefits of these technologies for society and business and perhaps a more cautious approach is needed,” says George Roussos, a professor of pervasive computing at Birkbeck College, University of London. He warns of the complicated issues around privacy that need addressing.

8. Get politicians on board

Political leaders are important for communicating the need for new tech, and assuaging citizens’ concerns about safety and privacy. “It would be great to see politicians explain why they are spending our taxes on a smarter city,” says Stefan Schurig, director of climate and energy at the World Future Council. “Dare I say they might even be able to justify why spending more on tech, even during times of ever-decreasing budgets, would deliver greater benefits.”

A smart city will be irrelevant to most of its inhabitants unless they can learn how to use new technology, says Adam Dennett, lecturer in smart cities at UCL. Very few people can pull live data from an API or set up a new sensor network to monitor air pollution – but until more can, smart cities risk being “little more than a marketing tool for big business”, he says.

Nesta’s Saunders, author of Rethinking smart cities from the ground up, calls for all cities to share evidence so that no one has to start from scratch: “This could be something as simple as blogging about the experience … but cities could also form networks, to share the lessons from their IoT pilots.” There’s enormous opportunity for new projects to rethink “old paradigms of urban planning” and “leapfrog old tech”, says Muggah, of the Igarape Institute – but he’s alarmed by the separation between the collaboration going on in richer cities and that in the vast majority of cities and slums in Africa and Asia.