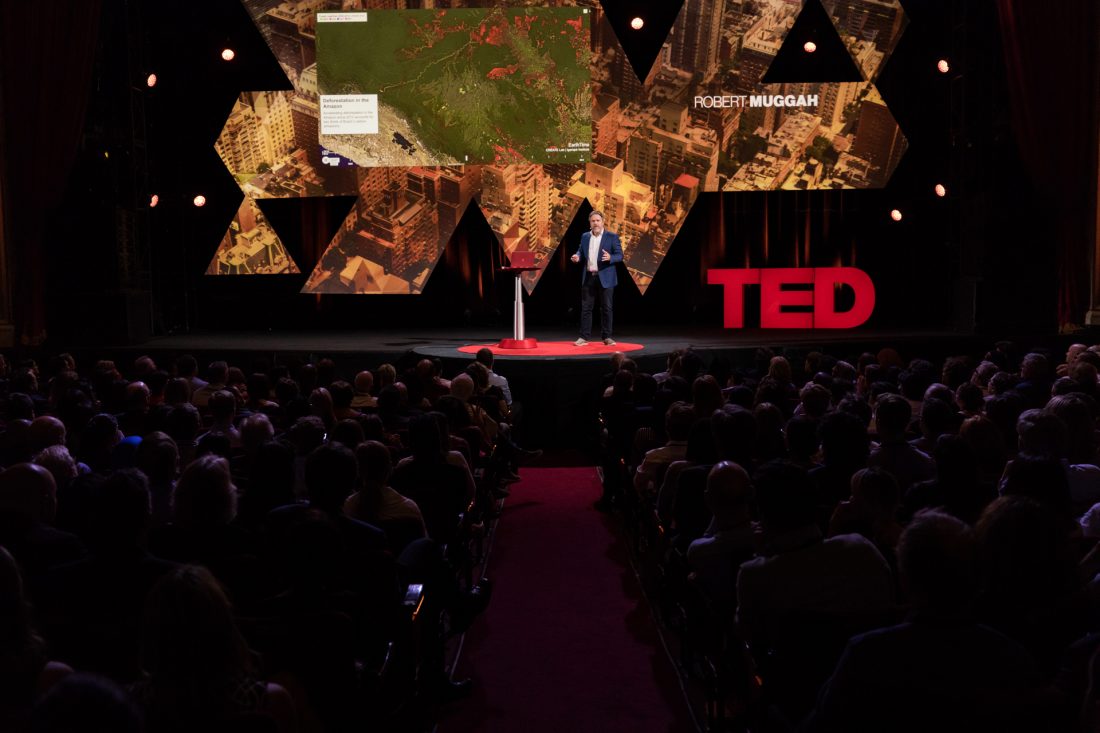 City specialist and co-founder of the Igarapé Institute, Robert Muggah, sets out six ways for urban centers to address the global migration crisis, terrorism, and climate change. His TED talk “How Cities Can Become More Resilient” was released yesterday, 9 November, and is available here.

“Stop thinking in terms of nation states. Think of the world as made up of cities,” says Robert. He draws attention to the fact that cities are punching above their weight politically, but below their weight economically. In his TED talk he focuses on the case of New York whose GDP is greater than that of most nation states, including Argentina, Australia, and Nigeria.

“We live in a ‘glocal’ world. Yet our current system is not fit for this purpose … At this delicate moment when our international and national systems are paralyzed, cities and their leaders are the 21st century’s new visionaries and deserve a seat at the table,” Robert says.

The TED talk highlights six key lessons for cities to advance a devolution revolution. Throughout, Robert draws on the Earth TimeLapse data visualization which captures a range of global threats on an interactive map.

The Earth Timelapse was developed by Create Lab of Carnegie Mellon University in partnership with Igarapé Institute. Among other things, it visualizes international refugee flows, terrorist attacks, rising sea levels and much more.

“Cities,” Robert says, “occupy just 3% of the world’s surface, but consume 75% of its resources and are responsible for more than 80% of greenhouse gas emissions.”

Notwithstanding the major challenges facing cities, Robert highlights a number of ways that they can take action:

1 – Set a plan and implement it: “The most successful cities set long-term plans, enforce them, and work with multiple levels of government.”

3 – Invest in integrated and multi-use solutions: “Take the case of integrated public transport. Bus Rapid Transit, when implemented well, not only reduces congestion and cuts emissions, but can also improve health and well-being, reduce dispersal, and make cities safer.”

4 – Build densely and sustainably: “What cities need to do is start building more densely. Cities that are zoned right can save energy and reduce emissions.”

5 – Steal: “If cities like Medellin, Seoul, Singapore, and New York didn’t steal from one another, we would not be seeing this new urban renaissance in urban governance, public transport, and green tech.”

This is the fourth time Robert has been invited to participate at TED. In 2014, at the TED Global held in Rio de Janeiro, Robert focused on the correlates of fragility in cities, including rapid population growth, youth unemployment, social and economic inequality, and exposure to natural disasters. Robert was also an invited speaker at the TED Summit in 2016 and TED in 2017.

Robert Muggah is a specialist in cities, security, and development. He has a PhD from the University of Oxford and is affiliated with Singularity University, the Catholic University of Rio de Janeiro, San Diego University and the Graduate Institute of International and Development Studies in Switzerland.

Robert was selected as one of the most influential thinkers on violence in 2013 and is globally recognized for developing technologies to prevent and reduce violence. He is the author and editor of seven books, hundreds of articles and is a regular contributor to major international news outlets such as the Atlantic, Foreign Affairs, New York Times and others.

Robert is a member of several international networks including the Global Agenda Council on the Future of Cities – World Economic Forum, the Global Initiative Against Transnational Organized Crime, and the Know Violence in Childhood Initiative. He is the co-chair of the Advisory Committee of the Global Parliament of Mayors and in was nominated by the UN Secretary General to advise a global review of youth, peace, and security.

Some recent articles about cities by Robert Muggah include:

·      With our nation states on the ropes, it’s time for cities to take the lead

·      Safe havens: why cities are crucial to the global refugee crisis

·      Terrorists want to destroy our cities. We can’t let them

About the Igarapé Institute

The Igarapé Institute is an independent think and do tank dedicated to the security, justice, and development agendas. It is one of the main Brazilian organizations concerned with drug policy, citizen security, and international cooperation. Its objective is to propose innovative solutions to complex social challenges through research, new technologies, and influence on public policy and communications.

Other visualizations from the Igarapé Institute