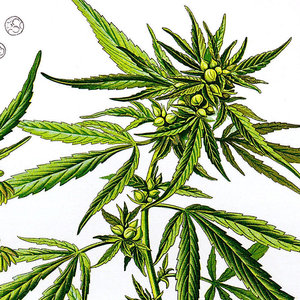 Why easing marijuana laws is a good first step

Prime Minister Justin Trudeau’s commitment toward major drug law reform is a welcome if belated recognition that when it comes to marijuana, Canada has been an emperor with no clothes for several years.

For two decades, Canada has been a major producer, consumer and exporter of marijuana. As in the rest of the Western world, research indicates that less than 20 per cent of the product is interdicted by law enforcement. This is nowhere what is needed to dissuade marijuana producers and distributors, large and small, from engaging in their activities. Prohibition increases the value of the commodity, and profits hit stratospheric levels unknown in legitimate business.

Experiments in various parts of the world, such as Portugal, the Netherlands and the United States have shown that decriminalization or legalization reduces the harm inflicted by the consumption of drugs. In Colorado and Washington state, health and education programs are beginning to reap the benefits of new revenue streams derived from the legalization of marijuana.

Mr. Trudeau’s pledge also sends a signal of hope to countries that suffer incomparably more than does Canada as a consequence of the pernicious war on drugs. These are the top producers and distributors of drugs. In Afghanistan, for example, the Taliban fight against NATO was sustained in large part by revenues derived from the heroin trade.

In South America, the war on drugs, driven by Washington and other Western capitals, results in tens of thousands of people dying, most of them young, poor and disenfranchised men – Mexicans, Colombians, Hondurans and more. Most are innocent victims of armed conflicts fuelled by drug profits, whose death rates would lead to them being characterized elsewhere as civil wars, if drugs were not involved.

For many years, Brazil has consistently been in the top 10 leading countries in the world for homicides. According to Ilona Szabo, director of the Rio-based Igarape Institute, engaged in groundbreaking work on urban violence in South America, 56,000 people die violently each year in Brazil, and about 50 per cent of the homicides on the country’s streets are related to the war on drugs.

For the past three years, I researched the biography of the man who ran Brazil’s largest slum, or favela, until his arrest in 2013. Until his mid-20s, Antonio Bonfim Lopes was a respected member of the Rocinha favela, working in more fashionable areas of the city, distributing Rio’s equivalent of TV Guide. Then his baby daughter fell ill with a potentially fatal disease. The only way he could afford her treatment was to borrow money from the only man who lent to slum residents – the local drug baron.

To repay the debt, Mr. Lopes had no choice but to go to work for the drug trade and became known across Brazil as Nem of Rocinha. To his credit, he worked to reduce the homicide rate in his favela to one of the lowest in Brazil. But he was still an unelected, unaccountable leader, albeit an enlightened one, whose power rested on a significant arsenal of weapons purchased on the back of the drug trade.

The war on drugs combines with poverty and high rates of inequality in the developing world to lock young men into a vicious circle of death and dependency, wreaking havoc on their prospects and their families. Most often women are left to pick up the pieces.

Without drug law reforms, Western societies will perpetuate one of the most sustained acts of immorality in history. Mr. Trudeau is correct to identify marijuana as the place to start, as it is understandably feared much less than are drugs such as cocaine and heroin.

If five years after the legalization or decriminalization of marijuana, Western civilization has not gone into terminal decline as a consequence, we should consider an appropriately innovative policy for other drugs, too. The hundreds of thousands of dead in Latin America and elsewhere are calling out for it.