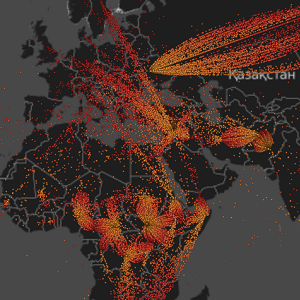 Global security expert and research director at the think tank Igarapé Institute Robert Muggah knows. Earth TimeLapse, an interactive platform created by Muggah and Carnegie Mellon University, details over a 16-year span from 2000 to 2015 where migrants are leaving and arriving.