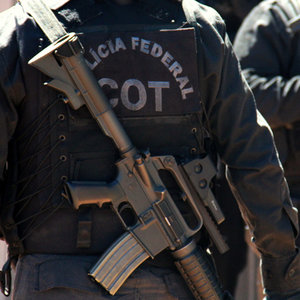 Latin America Could Cut Its Murder Rate By 50 Percent. Here’s How.

Many deaths are unavoidable. Natural disasters and incurable illnesses can claim lives suddenly, without warning. But there is one untimely death that can be avoided – homicide. It is time for Latin America and the Caribbean to set a bold goal to bring down the murder rate.

The region is one of the world’s deadliest. It is home to just 8 percent of the global population and 33 percent of all homicides. And the problem is getting worse. If nothing is done about it, the regional murder rate will continue rising from 21 per 100,000 to 35 per 100,000 by 2030, at least seven times higher than the global average.

We at the Igarapé Institute and Inter-American Development Bank think it is possible to bring down Latin America’s current murder rate by 50 percent in 10 years. This would save as many as 413,000 lives.

It will not be easy. Governments typically resist hard and fast targets associated with crime reduction. Politicians fear the political repercussions of failure. Human rights activists also fear that setting specific milestones could justify repressive tactics on the part of the police.

The costs of inaction are high. In spite of improvements in democratic governance and poverty reduction in Latin America and the Caribbean, violent crime has continued to spiral out of control in many countries and cities. In order to successfully reduce lethal violence, governments need to take on some intractable challenges.

One of the most significant drivers of homicidal violence anywhere is social and economic inequality. It generally follows that the more unequal a setting, the higher the rates of violence. Although poverty and inequality have dropped in most of Latin America, the decline in inequality has not been comparable. In fact, 10 of the top 15 most unequal countries on the planet are located there.

Another factor influencing high homicide rates is youth unemployment. Roughly 13 percent of Latin America’s 108 million youth between the ages of 15 and 24 are unemployed. This is three times the rate of adults. Over half of those who do work are tied to the informal economy. Taken together, more than 20 million young people are not being educated, trained or employed. In Brazil, a 1 percent rise in unemployment rates for men leads to a 2.1 percent spike in murders.

High violence rates in Latin America and the Caribbean are also tightly connected to illegitimate and weak security and justice institutions. It is widely recognized that abusive, corrupt and mistrusted institutions can fuel crime (and vice versa). And in spite of massive spending on the region’s security sectors, policing, judicial and penal institutions are underperforming. In Latin America,just two in every 10 murders results in a conviction – the global rate is double that.

A major factor shaping widespread and systemic impunity is organized crime. All Latin American and Caribbean countries are affected to varying degrees by criminal organizations, especially drug cartels that manage an estimated $330 billion in revenue a year. These organizations can have a corrosive effect on policing, justice, penal, and customs institutions.

An abundance of unlicensed firearms, including those trafficked from the U.S. or leaked domestically, are also associated with the region’s disproportionately high burden of gun violence. Moreover, social norms sanctioning machismo and unequal gender relations are credited with shaping high domestic violence rates.

It is worth noting that violence is hyperconcentrated in specific places. About 170 of Latin America’s cities with populations of 250,000 or more have homicide rates above 25 per 100,000. Latin American governments and civil society would do well to start homicide reduction efforts there.

What is more, in large and medium-sized cities across the region, roughly 80 percent of the murders are concentrated in less than 2 percent of the street addresses. Public authorities should focus their limited resources on developing comprehensive solutions specifically for these hot spots. And they cannot do it alone – they need to work in partnership with the private sector and local communities.

The good news is that innovative solutions are spreading across the region. Public authorities, entrepreneurs and scholars are experimenting with data-driven, evidence-based and problem-oriented solutions. Lessons are gradually being learned.

The most successful approaches are comprehensive – focusing both on data-driven policing and access to justice coupled with targeted social and economic programs for at-risk youth and violence prevention. Some also include urban renewal schemes and improving the reliability of public transport in the hardest hit neighborhoods.

A consortium of organizations from across Latin America is launching a new campaign in 2017 to get homicide reduction on the regional agenda. To reduce the homicide rate by 50 percent in 10 years we will focus on the seven countries with the highest murder rates – Brazil, Colombia, El Salvador, Guatemala, Honduras, Mexico, and Venezuela.

The first priority is to promote a conversation about homicide and its complex causes. Next, governments and civil societies need to set clearly defined targets with explicit metrics of success. Working with the private sector, they must restrict investments to evidence-based violence prevention policies and programs. These measures will be key to ending the region’s homicide epidemic once and for all.