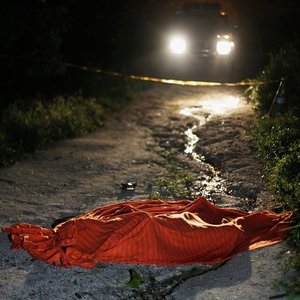 How to make Latin America’s most violent cities safer

Few cities are more dangerous for civilians than San Pedro Sula in Honduras. Victims of its legendary violence include bus drivers, journalists, farmers, students and shop owners. According to a local crime observatory, the city of roughly 740,000 people had a homicide rate of 111 per 100,000. The figures are routinely disputed by law enforcement officials – police there are prohibited from giving interviews – but the bodies nevertheless keep piling up.

It’s not like local authorities haven’t tried to prevent the killing spree. Since 2003, the Inter-American Development Bank (IADB) has supported a peace and citizen co-existence project in the Sula Valley covering some 17 municipalities. Working with the mayor’s office, police and researchers, the project focused on high-risk neighbourhoods and at-risk people, especially young men. While well intentioned, the intervention stumbled early on.

Some of the challenges were not linked to the programme. The country was buffeted by massive tropical storms in 2008 and a constitutional crisis and coup in 2009. This resulted in IADB funds being diverted and eventually frozen. A recent evaluation (pdf) found that the most significant challenges were internal, with the project facing major obstacles to full implementation. Contracts were sloppily prepared and accountability mechanisms were side-stepped.

The most widespread complaint about the peace and citizen co-existence project was that local residents themselves were left out of the process. This eroded their trust in the initiative, thus exacerbating the already poor coordination. To complicate matters, there were no monitoring systems in place to correct course once the problems were recognised. These kinds of challenges are likely to sound familiar to people working in public policy, but in San Pedro Sula, they mean the difference between life and death.

Latin America is the world’s most violent region. The statistics are shocking. The continent is home to eight of the 10 most murderous countries in the world and47 of the world’s 50 most murderous cities are located there. It hardly comes as surprise, then, that one in every three adults consider crime and violence to be Latin America’s most pressing issue.

Not all Latin Americans experience violent crime in the same way. People living in Central American countries are facing almost war-like conditions. The world’s most violent non-war country is El Salvador, with 116 murders per 100,000people, and the rate soars to 188 per 100,000 in its capital city. Meanwhile, Chile has a homicide rate of less than three per 100,000 and one of its cities – La Serena-Coquimbo – is considered South America’s safest.

It was not always like this. Between the 1960s and 1980s, in some Latin American countries murder rates hovered around the global average of six or seven per 100,000, in spite of civil wars and dictatorships. Since then, homicidal violence has declined in most parts of the world, especially North America and western Europe. Yet, with few exceptions, murder, assault and victimisation worsened across Central and South America, and the Caribbean.

There are many factors in what makes a city dangerous, but some stand out. At the top of the list is income inequality – Latin America is home to 10 of the 15 most unequal countries on the planet. There is a strong correlation between social and economic inequality and the incidence of lethal violence. Other factors include high rates of youth unemployment, chronically weak security and justice institutions, and high levels of unregulated urbanisation.

However, the news is not all bad. There are promising examples from some governments – especially when led by municipal authorities – of efforts to turn things around. The most exciting activities are bubbling up in cities. This is to be expected: mayors often have more intimate contact with constituents, greater discretion to undertake prevention and visible priorities (and repercussions if they don’t meet them).

A study published by the IADB, Igarapé Institute and World Economic Forum highlights the ways in which some Latin American cities are tackling violent crime. A review of 10 municipalities shows they are investing in a combination of proven approaches. Their successes are neither incidental nor accidental, but the result of targeted investment.

There are a few lessons from Bogota, Medellin and Cuidad Juarez about how to design out crime and make cities more resilient.

First, public safety policies must be data-driven, evidence-based and problem-oriented. Remarkably, less than 6% of public security and justice measures across Latin America and the Caribbean have any concrete evidence of success. But there is growing awareness that strategies that are based on reliable and real-time information, and draw on scientifically robust practice – focused deterrence, cognitive behavioural therapy, childhood interventions – are essential to successfully improving safety.

Second, police and social services should focus their energy on high-risk places, people and behaviour. In many cities across Latin America, more than half of all homicides occur in less than 2% of street addresses. Just a small number of people are responsible for a disproportionate share of perpetration and victimisation. If crime prevention in the city is the goal, broad development activities are the wrong way to go. Rather, targeted hotspot policing together with social prevention is the order of the day.

Third, city authorities must begin exploring ways to regulate drugs. Regulation is not the same as legalisation – it is not a free-for-all. There are a wide array of options between prohibition and legalisation. City mayors across Latin America and the Caribbean are experimenting with decriminalising the use of marijuana for recreational use, harm-reduction strategies, strict market regulation and even commercial promotion. The goal is to put governments, not organised criminals in control.

Fourth, it is essential to advance both control measures as well as efforts to strengthen social cohesion and improve conditions in marginalised areas. The forging of a sense of shared responsibility in the city is the most important way to restore safety and security. This must be coupled with tangible investment in public goods, urban renewal and linkages between wealthier and poor parts of the city. This often includes predictable public transport options, the restoration of neighbourhood parks and the provision of quality services.

At the centre of city revival is leadership, especially by the mayor, business community and not-for profit sector. Where there is a clear plan, agreed metrics of success and resources, it is truly astonishing how much cities can accomplish.