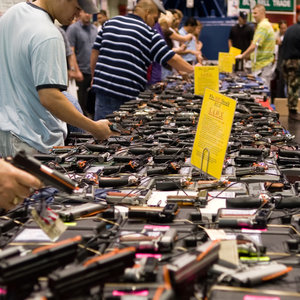 The Way of the Gun: Estimating Firearms Traffic Across the US-Mexico Border

This new study estimates the volume and value of arms trafficking from the United States to Mexico. We apply a unique GIS-generated county-level panel dataset (1993-1999 and 2010-2012) of Federal Firearms Licenses to sell small arms (FFLs) and we create a demand curve for firearms based on the distance by road from the nearest point on the U.S.-Mexico border and official border crossing. We use a time-series negative binomial model paired with a post-estimation population attributable fraction (PaF) estimator. In this way, we are able to estimate a total demand for trafficking, both in terms of firearms and dollar sales for the firearms industry.