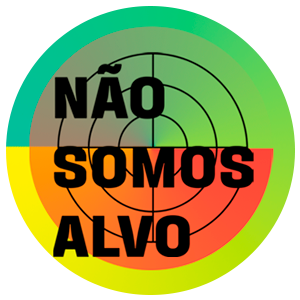 Throughout 2020, the Igarape Institute played a pivotal role in supporting the legislature and the judiciary to reverse brazen attempts to dilute firearms legislation in Brazil. The Institute generated technical briefs, opinion editorials and a range of reports to elected representatives as well as Brazilian influencers such as Gabriela Prioli (news commentator and lawyer), Raull Santiago (activist) and Frejat (singer). The Institute’s “Não Somos Alvo” (“We’re not Targets”) campaign reached tens of thousands of Brazilians.

One of his first decrees was designed to weaken arms regulation in the country. To counter this, the Institute intensified efforts to strengthen responsible firearms control. The Institute highlighted the range of risks associated with loosening restrictions through careful technical studies that were used by representatives of the legislature and judiciary. The Institute also helped shape public debate through public engagement on television, radio and via print media reaching hundreds of millions of people. One direct outcome of these efforts is that the Brazilian Supreme Court ultimately suspended an effort by the federal government to do away with import taxes on firearms.

The Institute started 2020 by issuing a report — Preliminary Balance of Arms Regulation and Munitions in Brazil — that documented efforts by the federal government to loosen weapons availability. Throughout the year the Institute provided interviews and material for 120 separate media stories. The risks were discussed with the BBC and Fonte Segura, a newsletter issued by the Brazilian Public Security Forum. In Globo, the article Weapons in Brazil was shared with over 5.5 million followers on their page on Facebook. Institute research was also featured by Folha, G1, Jornal Nacional, Agência Lupa and UOL. The Observatório do Terceiro Setor also discussed these issues with the Institute reaching more than 500,00 followers on Facebook. TV Cultura’s #Provoca’s interview with the Institute reached another 3 million people on Marcelo Tas‘s Facebook page and one million via their social networks.

The Não Somos Alvo (We’re not Targers) was also intended to help public generate awareness about the challenges associated with loosening firearms laws. An example of this is The Weapons We Need Do Not Kill. According to Ibope, a polling firm, 73 percent of Brazilians do not believe that weakening arms control is good for either democracy or public security. The vast majority of Brazilians are opposed to efforts to expand firearms ownership. To this end, the campaign engaged a diverse audience that, in turn, can pressure both congress and the wider legislature to take action against the fatal weakening of gun laws in the country.