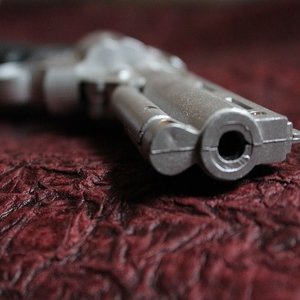 Conservative estimates indicate that at least 740 000 men, women, youth and children die each year as a result of armed violence, most of them in low- and medium-income settings (Krause, Muggah, Wenmann 2008). The majority of these deaths occur in situations other than war, though armed conflicts continue to generate a high incidence of casualties. Approaches to preventing and reducing these deaths and related suffering are becoming increasingly important on the international agenda. The United Nations (UN) Secretary General (2009) and UN General Assembly (2008) highlighted the relationships between armed violence and under-development and various high-level diplomatic processes are drawing more attention to promising solutions. In spite of the global preoccupation with the costs and consequences of armed violence, comparatively little evidence exists about how to stem its risks and effects. Virtually no information is available on armed violence reduction and prevention (AVRP) interventions, much less their effectiveness.

This report aims to fill this gap. It seeks to generate more understanding of what works and what does not when it comes to armed violence reduction and prevention (AVRP), to stimulate further evaluation and to contribute to more effective and efficient policies and programmes. The report is based on a large-scale mapping of AVRP activities around the world, focusing primarily on programming trends in six countries – Brazil, Burundi, Colombia, Liberia, South Africa and Timor-Leste. These countries represent the very different programming contexts – from high rates of urban criminal violence to protracted post-conflict insecurity – in which development practitioners are currently engaged. While offering new data and analysis, this assessment builds directly on the report Armed Violence Reduction – Enabling Development produced by the Organisation for Economic Co-operation and Development’s International Network on Conflict and Fragility (OECD, 2009a)