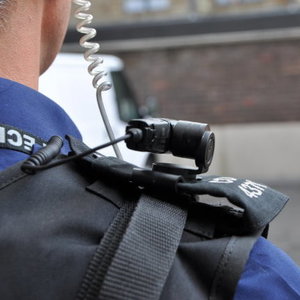 Why Police Body Cameras Are Taking Off, Even After Eric Garner’s Death

Around the world, police officers are regularly implicated in using excessive force. In the United States, around 400 so-called “justifiable homicides” take place each year, though no one—whether a public institution or a private monitoring group—actually knows for certain. Recent high-profile killings of young black men in American cities are once again forcing a debate about racial profiling and police violence. And the outcomes of this discussion have global implications with even the UN weighing in.

The trigger for the latest round of protests in the US is the killing of 18-year old Michael Brown by police officer Darren Wilson in Ferguson, Missouri. The mishandling of the incident last August precipitated statewide riots and stinging criticism about the creeping militarization of law enforcement. Public outrage escalated further this month after the decision of a grand jury not to indict New York Police Department (NYPD) officer Daniel Pantaleo in the murder of Eric Garner. Protests are breaking out across the country.

What is especially disturbing about the Garner case is that the chokehold leading to his death was not only banned by the NYPD, it was caught on video. He was an unarmed victim and offered no resistance. Despite his taped death being ruled a homicide by the medical examiner, Pantaleo was not indicted. Some commentators wonder whether video evidence will ever result in more indictments given the way grand juries are stacked in favor of police. The case is of course still on-going with the Justice Department expected to weigh in with a federal civil rights investigation.

These killings are taking place at a time when law enforcement should be improving. Owing in part to the technology revolution, policing around the world is changing. Law enforcement agencies are rapidly harnessing big data detection systems, crowd-sourcing tools, and mobile scanners that should, in theory, improve their ability to anticipate, track, and prevent crime. Some police forces are deploying body-worn cameras. And while some of these new tools promise improvements in policing, there are also legitimate human rights and privacy implications that need to be carefully monitored.

The digital evolution of policing is taking place at breakneck speed in the United States. There, many of these new technologies are now commonplace. Some draw inspiration from a computerized platform originally built by Microsoft for the NYPD to counter terrorism after 9/11. For example, Domain Awareness Systems (DAS) mobilize public and private closed-circuit cameras across urban centers to predict crime patterns and sound alerts. Today there are more than 90 data fusion centers scattered around the country.

And this technology revolution is not confined to the North—it is also spreading to low- and middle-income settings around the world. In a series of remarkable pilots using body camera technology from New York to Kingston and Cape Town to Calgary, police are starting to experiment with new methods of policing. In some cases they are being deployed precisely to limit arbitrary arrest or indiscriminate violence. They are also being used to protect police officers and citizens who are increasingly being accused of harassment, abuse, or worse.

The most celebrated instance of police-worn body cameras is from the Californian city of Rialto. There, randomized field experiments using just 54 mobile cameras in 2012 reported an 88 percent reduction in complaints filed against officers and a 60 percent decrease in incidents of police use of force. Police wore specially designed high definition (HD) audiovisual recording devices that captured all police encounters with the public. Rather than introducing a chilling effect, the use of body cameras—or cop cams—actually increased positive officer-citizen contact.

In the wake of recent cases of police violence in the United States, a national conversation has started about the use of body cameras. Late last month, several human rights activists called for a “Mike Brown Law” requiring all law enforcement officials to wear them. Sensing the shift in national mood, the US President recently issued an executive order for more than 50,000 police to start using cop cams with a price tag of 267 million USD. While this represents a dramatic scaling-up of their use, it is worth recalling that dozens of other American police departments are already experimenting with body cameras.

In Tucson, Arizona, the police recently completed a 50-camera trial. Most of the officers originally skeptical of cop cams were quickly converted. The cameras are credited not just with catching officers doing something wrong, but also changing behavior before abuses occur. Likewise, in Greensboro, North Carolina, police scaled-up a pilot of body cameras to all serving officers. The scheme was launched with 130,000 USD worth of community donations, indicating impressive local buy-in from the get-go. Also, in Oakland, California, the police started using cameras in 2009 and now all of its officers are wearing them. Washington, DC has also started a pilot program testing cameras with 165 officers in 2014 at a cost of one million USD.

All this innovation is not reserved to the United States alone. For the past decade, British police departments have also tested body cameras. Following large-scale trials overseen by the country’s premier policing college, Met Commissioner Bernard Hogan-Howe noted how “people are more likely to plead guilty” when they know the incident in question was captured on video. In his view, these technologies speed up the justice process, put genuine offenders behind bars, and protect officers and would-be victims. There is also evidence of the so-called placebo effect, whereby the mere presence of a camera defuses potentially violent situations.

While body cameras are comparatively inexpensive, there are still barriers to entry. Taser International, one of the companies marketing body cameras for law enforcement in the US and UK, charges roughly 900 USD for each device and its accessories. Vievu Cameras, another supplier, charges a similar amount to capture data from daylong shifts. Server costs can be reduced by piggybacking off existing systems, but still run in the tens of thousands a year. Police forces do not appear deterred. Working with Taser, the London Metropolitan Police Service is running one of the largest field trials ever, and law enforcement agencies everywhere are taking note.

Meanwhile, start-ups in Latin America and Africa are also getting into the act. The Igarapé Institute, where I work, together with a number of partners is also developing an Android app running on open-source software. The app is currently being trialed with community police in Rio de Janeiro as well as metro police and neighborhood watch groups in Cape Town. Early findings from North America, Latin America, and Africa suggest that the biggest cost driver may not be the cameras or mobile phones, but rather data storage, training of officers, and the time required to manually review videos in response to public-records requests.

The rise of cop cams has not been universally welcomed. While the debate is now changing, there has been heavy criticism of the use of such devices by police forces. Critics regularly describe their deployment as presaging a dystopian future where “everyone is under suspicion,” and Big Brother is watching. They fear that if left unchecked, there is a risk that crime prevention turns into pervasive surveillance.

Body cameras running 24/7 are invasive since police officers often enter people’s homes and interact with bystanders, suspects, and victims. There is basically a tension between their potential to violate privacy and their police accountability benefits. Many privacy activists take a dim view of the proliferation of cop cams. Even so, there has recently been a major shift of opinion on the use of cop cams, especially in the United States.

There are also civil liberties campaigners who see a possible win-win outcome of equipping police with mobile cameras. The American Civil Liberties Union of Southern California—a regular critic of police abuse—came out in favor of the technology in 2013. Along with the American Civil Liberties Union, or ACLU, they have argued that with the proper controls—including regularly deleting videos and keeping them private except for prosecutions—the gains in accountability outweigh privacy concerns. According to the ACLU, “police on-body cameras are different (from surveillance) because of their potential to serve as a check against the abuse of power by police officers”.

The controversy can be boiled down to a basic question—how to balance the right to individual privacy against the responsibility of police to ensure public safety? In the case of cop cams, a series of checks and balances are emerging to maximize safety while minimizing violations of citizen privacy. For example, the ACLU has advocated for the inclusion of citizen notification schemes and limiting filming in people’s homes.

They advise against retaining data for longer than necessary, and call for guidelines around the use of recordings and some degree of public disclosure. What is more, police departments are developing their own rules and procedures for deploying cop cams. While every context is different, a number of best practices are emerging. Many of these are common sense observations based on several years of testing these new technologies in the United States.

So far, the introduction of body cameras is being pursued cautiously. They are already shining a light on events long kept in the shadows: the thousands of extra-judicial killings committed by police around the world each year. While there are still questions concerning the integrity of video evidence in various legal systems, cop cams can reveal the dark truth of such encounters. The long-term success of these tools depends in large part on public confidence in the integrity of the technology and the way it is applied. If crime victims do not call for help owing to a fear that their interactions will become public, then the experiment will fail. But if implemented effectively and with carefully considered checks and balances, then future Michael Browns and Eric Garners could be prevented. Whatever the future holds, this revolution is being televised.

The Igarapé Institute launched smart policing in 2013. Working with Google Ideas and others, it is testing its smartphone app in Rio de Janeiro, Cape Town, and now Johannesburg. You can find more information on the app here and here.