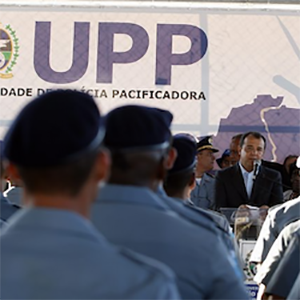 Community policing has become the go-to security strategy in the Americas. But as the case of the Rio de Janeiro’s “pacification” policing experiment shows, its impact has been limited and short-lived.

Not only did the images of two police officers successively shooting two individuals lying on the ground point to a blatent case of extrajudicial killings, a 13-year old girl also died in the melee.

The incident was far from being the first time UPP elements were accused of violations. In the city’s largest favela, Rocinha, a case of possible extrajudicial killing surfaced in 2013, starting the slow slide of public confidence in the UPP. By the release of the March 2017 recording, the UPP’s bond with the community was in tatters.

During the same time period, the number of victims of police shootings spiked and killings of police officers rose. These days, bystanders seem indifferent, and local inhabitants and law enforcement often view each other as enemies.

The UPP program was once welcomed by many in the marginalized favelas as a radical change from the traditionally heavy-handed and militarized policing approach reserved for the city’s impoverished areas.

Launched in 2008, the strategy was a two-step program aimed at taking control of favelas under criminal dominance. The first phase saw a massive deployment and show of force by law enforcement, often announced in advance to warn criminals to leave the area, thereby reducing bloodshed.

The second step consisted of increasing the presence of police officers whose purpose was to interact with the community. This community or proximity policing strategy also had a non-policing component in the form of social development programs.

The strategy initially engendered positive results in targeted areas. Homicides throughout the city dropped by 65 percent between 2009 and 2014. However, not all types of crimes decreased; disappearances nearly doubled in targeted areas between 2006 and 2011.

Security gains proved short-lived. By 2015, homicides were again on the rise. The following year, crime reached pre-UPP levels. A May 2017 report shows that security trends are continuing to deteriorate, while the government seems at a loss for new ideas about how to combat increasing criminality.

According to an analysis of the UPP program by Elizabeth Leeds, a senior fellow at the Washington Office on Latin America (WOLA), the government did not dedicate the necessary resources to training UPP officers for their specific, community-focused tasks. Specifically, Leeds says that “new UPP recruits were trained together with the general ‘cadet’ population for six months, and then given just two weeks of special training in community policing and human rights.”

The Institute for Public Security (Instituto de Segurança Pública – ISP), a Brazilian think tank, also reported that the violence to which cadets are subjected during their training shapes their policing conduct. And the shift toward more “humane” policing was impeded by how heavily the institution had been shaped by military influence.

The consequences, symbolized by the videos, were extremely damaging to the UPP’s success.

“Neighborhoods that experience the highest homicide rates are typically communities where there is a poor level of trust in the police, as is patently the case in Rio de Janeiro,” noted Robert Muggah, the co-founder and research director of the Igarapé Institute think tank.

Disregard for the community’s trust appears to be part of a broader pattern of neglect toward the UPP’s social component. Social programs meant to supplement policing actions were never fully implemented, either for lack of funding or political will. To further set the odds against the program, Rio has faced a financial crisis since 2013 that has dried up city budgets, leaving police officers unpaid and government funds for public security severely constrained.

“Police can secure territory and develop better relations with communities, but that’s only the first essential step. What must also happen is sustained investment in social and economic services,” Muggah argued. “In Rio, this latter component never kicked in. Many of the factions simply waited out the police until public confidence collapsed.”

These comments were echoed by Desmond Arias, an associate professor at George Mason University who has studied security issues in Brazil.

“The question with the program was always, ‘Was it going to receive the support that it needed to really succeed in the long run, to receive the social programs that are needed by these communities, the real investments from the state into highly deprived neighborhoods?'” Arias said.

Community policing as practiced by the UPP fits under the broad category of “hot spot” policing, whose crime reduction success has brought a majority of US police departments to adopt one of its numerous forms.

Latin America, and Brazil in particular, has also seen some success with this approach, which is based on the idea of sending increased police resources to particularly crime-ridden areas. The UPP, for instance, was partly inspired by Brazil‘s successful “Fico Vivo” (Stay Alive) strategy implemented in the country’s sixth largest city, Belo Horizonte in 2002.

In that program, national and local authorities launched a comprehensive strategy for crime hot spots that included increased policing with a strong emphasis on the community’s involvement in identifying public security issues and their solutions, as well as social programs that targeted youth at risk of getting caught up in crime. According to a June 2016 report by the Igarapé Institute, homicides decreased as much as 69 percent in targeted areas in the city.

In Colombia, following a 1991 constitutional reform that empowered local authorities over public security issues, mayors in major cities including Bogotá, Medellín and Cali experimented with community policing measures. In the case of Medellín, these were accompanied by socioeconomic development programs to integrate the city’s poorest areas.

By 2010, the programs’ crime reduction successes led to a national hot spot-type strategy implemented in eight major Colombian cities. Dubbed “Plan Cuadrante” (roughly translated as the “Block-by-Block Plan”), the program divided cities into street segments to which police officers were assigned for two years to build a bond with the community. In addition to increased patrol time, it emphasized training in order to ameliorate the quality of policing. According to the Colombian non-profit Fundación Ideas para la Paz (FIP), all eight cities witnessed decreasing crime rates under the programs, albeit to different degrees.

What is clear from policymakers’ accounts of the success stories is that community’s trust in law enforcement is critical. During a March 2017 conference at the Woodrow Wilson Center, several current and former officials insisted on this, including Bogotá’s Secretary of Security, Community Relations, and Justice Daniel Mejía Londoño and former Baltimore Mayor Martin O’Malley.

The former US mayor — who oversaw the greatest reduction in “Part I” crimes like murder, rape, theft and assault of any major US city — also insisted on the necessity of “policing the police,” describing policing quality as the keystone of the community-police bond, which in turn was essential to Baltimore’s successful hot spot strategy.

But as shown by Rio’s UPP, profoundly modifying an institution in order to change its policing conduct in a lasting way is no small challenge. And many Latin American security institutions share the structural shortcomings of Rio’s police that undermined the UPP’s long-term success.

Faced with high or increasing insecurity, some countries have cut the corners on thorough vetting and training so as to rapidly increase police presence on the street. In Mexico, for example, one out of every ten police officers has failed legal vetting processes. By April 2017, nearly 32,000 officers deemed unreliable were still on the streets. And in the embattled state of Sinaloa, the proportion of officers who had failed the tests exceeded 50 percent.

In addition, impunity toward police abuses and extrajudicial killings — which was singled out in Rio — constitutes a challenge to normative changes within institutions. Unfortunately, this impunity has not only marked the history of security forces across the region, it remains widespread today. In Venezuela, for example, reports suggest that government policy continues to institutionalize police involvement in death squads.

Meanwhile, many communities’ trust in police is sapped by corruption, an issue that is largely fueled by organized crime. Surveys have provided ample evidencethat vast proportions of Latin America’s population consider law enforcement actively participate in crime. Combined with repeated human rights abuses, the deeply entrenched mistrust eventually leads to situations in which citizens are more fearful of police than they are of organized crime.

Contacted by InSight Crime, David Weisburd, a distinguished professor at George Mason University who received the Stockholm Prize in Criminology for his work on the subject, said in an email he did not believe that organized crime “should affect the specific crime prevention value of hot spots policing.”

Weisburd admitted, however, that the greater proportion of organized crime-related violence in Latin America’s cities compared to the United States “does raise issues about targeting the underlying networks involved in crime. Accordingly, it is something that should be taken into account in developing hot spots policing programs.”

Latin American cities should thus look to combine community policing with aproblem-oriented policing perspective, an approach that aims at systematically identifying the specific risks and needs of a community to adapt and customize law enforcement efforts. In addition, this form of hot spot policing has a stronger crime deterrence impact, according to Weisburd.

Weisburd’s colleague at George Mason, Desmond Arias, echoed his sentiments when referring to the UPP’s devolution.

“The UPP was a good program for addressing some of the most critical issues that the favelas were facing at the time the UPP was implemented. But problems evolve, the very presence of the UPP — or any other successful policing policy in a favela or any neighborhood that faces significant crime challenges — will change the challenges,” Arias told InSight Crime.

Still, he added, there is a need to “engage with people in those communities to help these programs evolve, to not just address the most acute problems when that program is implemented, but the rolling public safety challenges any neighborhood faces.”