More than 50 days after Franco’s murder, police have yet to make an arrest. Experts point to broad problems in the Brazilian justice system 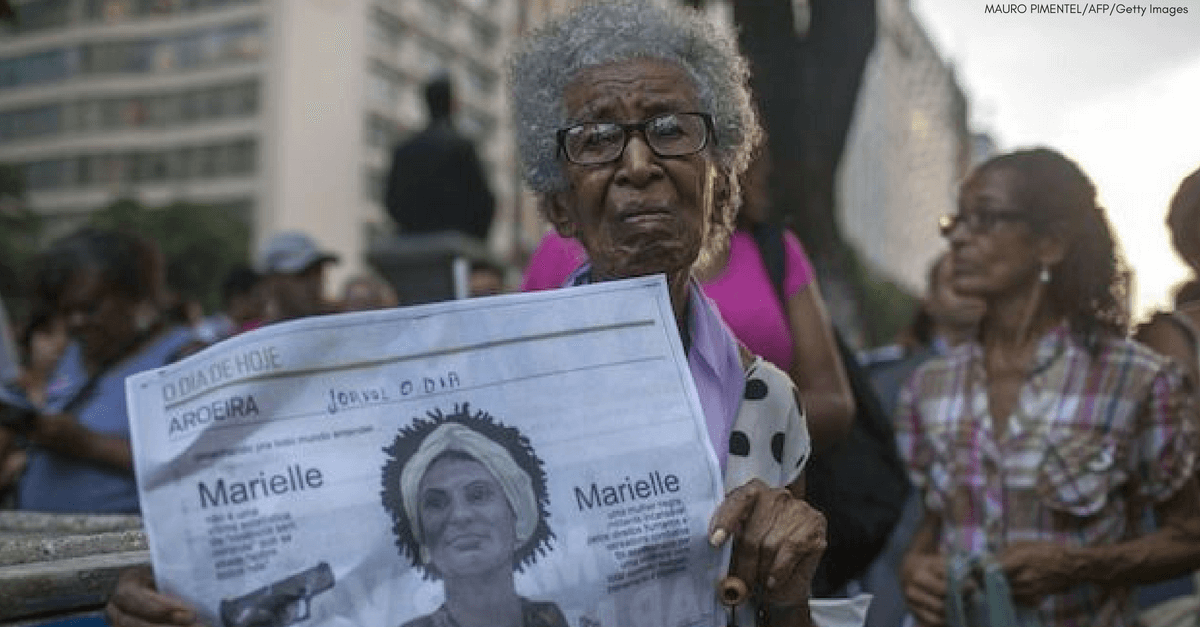 More than 50 days after Rio de Janeiro city councilwoman Marielle Franco and her driver Anderson Gomes were shot to death – an act that ignited protests, dominated Brazil’s front pages and earned international condemnation – the questions of who murdered them, and why, remain unanswered.

While news outlets in Rio have reported troubling details about the March 14 shooting – including the fact that the bullets used in the downtown Rio attack were part of a shipment sold to the police – investigators have issued few public statements, fueling pessimism the case will ever be solved.

There is good reason for this disbelief: no arrests have been made so far, and in the state of Rio de Janeiro, only 10 percent of homicides end in conviction. Despite the attention given to this case, there are structural hurdles in the way, said Robert Muggah, the research director at the Igarapé Institute in Rio de Janeiro.

“There are systemic problems in the criminal justice process, from the evidence collection at the scene of the crime to judicial blockages in courts,” Muggah told AQ. “The case of Marielle Franco is being treated with the utmost priority, but these are challenges that are widespread in Rio and across the country.”

Mistrust of the police among the population that Franco represented – poor, black, marginalized cariocas, as Rio residents are known – also runs high. Although the state of Rio is statistically not the most violent in the country, in 2017 homicide rates there surged 11 percent from the year before. Her killing came in a month when killings in the state shot up to 503, and the number of people killed by police officers reached 109. This helped make the first three months of this year 19 percent more lethal than in the same period last year.

Although the Brazilian federal government offered to take over the investigation into Franco’s killing, the case remains in control of the Rio de Janeiro Homicide Division. What appears increasingly likely, according to observers, is that her murder was not a random act of violence but a meticulously planned political assassination.

“All signs suggest that this was a calculated and professional hit,” said Muggah.

A recent report in the Brazilian newspaper O Globo said that five security cameras along the path that Anderson and Franco traveled on the night they were killed had been deactivated in the 24- to 48-hour period before the murders on March 14. One of those cameras, above a metro station, would have almost certainly captured the murder.

Rio de Janeiro’s State Security Secretariat has denied that report. In an emailed statement to AQ, the agency stated it is collaborating with the Homicide Division on Franco’s case.

“No camera from SESEG (the State Secretariat of Security) was disconnected in the period 48 hours before the crime. The relevant images were delivered to the investigators and the record shows that,” the statement said.

This type of contradictory information has added confusion to the already tense public security atmosphere in the city. Meanwhile, the clock is ticking on a case that is being interpreted as a litmus test of the strength of Brazil’s democracy.

Over the past two years, the commodities-driven collapse of Brazil’s economy, coupled with a financial crisis in Rio state, have led to deep cuts in basic services, including public safety. Shootouts have been commonplace in recent months, effectively shutting down hospitals, schools and even entire neighborhoods for hours or days at a time.

Trying to grapple with rising murder rates and a series of high-profile crimes during Carnival, on Feb. 16 the Brazilian federal government took the unprecedented step of assuming control of security operations for the state through a military intervention.

The presence of federal troops in the city’s poor, mostly Black neighborhoods troubled many activists, who worried about government overreach and the implications for human rights. Franco was among the most prominent and outspoken critics of the intervention, which she feared would worsen lethal violence by law enforcement.

Four days before her assassination, Franco used her social media networks to condemn the actions of the 41st Battalion of the Military Police in Rio. That squad is responsible for 12 percent of deaths at the hands of police – the highest among the state’s 41 police battalions, according to the state’s Public Security Institute. Since 2011, they’ve killed 567 people.

Franco’s political party, PSOL, had pursued investigations into the operations of Rio’s militias – gangs of rogue former or current law enforcement involved in illicit activities – for nearly a decade. Because of this, the party’s most prominent member, Marcelo Freixo, is still protected by intense security. Franco, who also worked on the investigation that led to the indictment of 226 people, was not.

“It’s not surprising to me that they (the militias) would target somebody,” said Enrique Desmond Arias, a professor of Western Hemisphere Affairs at Baruch College at the City University of New York who has studied militias in Rio extensively. “What is remarkable is that they succeeded in carrying this out.”

A series of reports by The Intercept Brasil on the case revealed that two men – both militia members who were indicted following the investigation Franco took part in – entered the city council building in the days and hours preceding her assassination. Both visited a sitting city council member who had also been indicted for participating in a militia after the same investigation.

In a recent interview for AQ’s podcast about the unsolved murder, Glenn Greenwald, a founding editor of The Intercept and a friend of Franco’s, said he is concerned the case has “fallen out of the headlines” in Brazil as the investigation lags.

“When a country’s political process and political culture and political system are so corrupt and so systemically defective, a kind of learned helplessness seeps into the public mind where people just are resigned to the fact that their lives are going to be governed by injustice,” he said. “At first it was unthinkable that they wouldn’t solve this case. And now it is starting to seem more thinkable.”

Sims is a journalist based in Rio de Janeiro