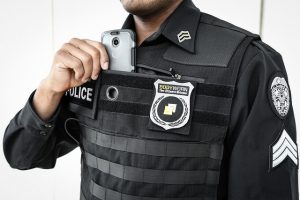 Police violence is a global challenge. Across the Americas and Africa it is reaching epidemic proportions. One way to disrupt the excessive use of force by security officials is by equipping them with cameras. A Brazil-based think tank – the Igarapé Institute – has just launched an open source Android application that turns smartphones into police body-worn cameras. CopCast was developed in partnership with Google’s Jigsaw and the UK Department for International Development (DFID).

The use of body cameras is spreading across police departments in North America and Western Europe. But most solutions depend on hardware and software that is proprietary. By contrast, CopCast runs free of mobile phones. Police officers affix their phones to their uniform and CopCast tracks audio, video and GPS locations. It also includes a back-end dashboard that tracks the activities of law enforcement in real time.

The overall goal of CopCast is to improve police accountability and public safety. “Police-related violence can seriously erode law and order and result in a dramatic loss of confidence in public institutions”, says Dr. Robert Muggah, Research Director of the Igarapé Institute. “Statistical studies from the UK to the U.S. have demonstrated that police body-worn cameras improve public safety by reducing the resort to force, limiting false complaints and strengthening police protection. Around the world, police departments are investing in predictive analytics tools, digital forensics, and new monitoring systems to improve the effectiveness of their work and restore police-community relations”, he adds. 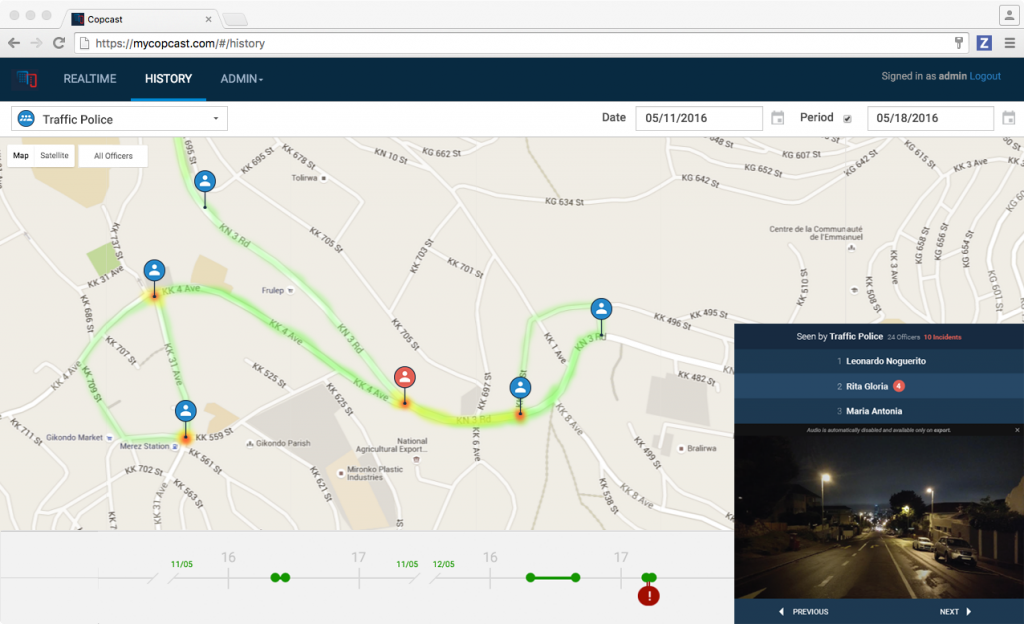 Screenshots of the CopCast web admin and Android application

With support from DFID, CopCast was tested in Brazil and South Africa. In Brazil, the software was tested in four low-income settings with over 60 police officers in Rio de Janeiro and strongly endorsed by Human Rights Watch. In the southern state of Santa Catarina, the software is being used by nearly 400 firemen and in 2017, the application will be scaled up to 5,000 police users. Meanwhile, in South Africa, pilots are ongoing with more than 180 users from the Cape Town Traffic Police and the Johannesburg Metro Police. Future tests are also scheduled to run in Colombia, Ecuador, Rwanda and Bulgaria, as well as in selected sites in the U.S.

The Igarapé Institute is also launching a new publication that highlights best practices with respect to using body cameras on police. It explores minimum standards for implementing cameras so that they maximize public safety while minimizing infringements on civil liberties. The publication will be formally presented on 1 December at a conference hosted by the UK government in London.