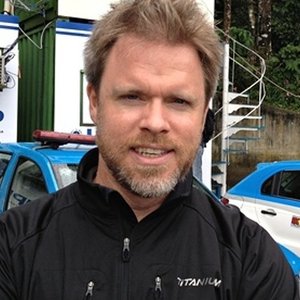 The digital economy has been a key driver of change in Rio de Janeiro, extending power to those living in the favelas

Anyone doubting Rio de Janeiro’s techward shift need only look at the famous pavement mosaics that mark the promenade along Copacabana beach. The black and white patterns have traditionally resembled the waves across which early settlers and modern tourists travelled. Last year, however, that antique, analogue design has been partly reconfigured to reflect a digital future with the addition of tiled QR codes for smartphones.

The pavement symbols link to online maps and tourist websites. That should be useful to the throngs of visitors expected in this resort during this year’s World Cup and the 2016 Olympics, but the significance goes far beyond the mega sporting events.

The tiled codes are a small part of an attempted makeover of party-town Rio into a Latin-American technology hub. Driven by multinational tech companies, local startups and city universities, the mayor, Eduardo Paes, is trying to shape a future for this resort that is as much about being smart as having fun. This is partly an attempt to ride a nationwide trend. Brazil – which is vying with France and Britain to be the world’s fifth biggest economy – is belatedly embracing wireless technology and social networks. Thanks to a surge in recent years, there are now more mobile phones (268.4m) in this country than people. Tablet sales have jumped from 220,000 at the beginning of 2012 to more than 5m today. And Facebook use has increased to the point where Brazil is now second only to the US in terms of the number of users.

More infrastructure and incentives are being developed. Telecom providers are now launching 4G networks in Rio and other World Cup host cities before the start of the tournament in June. The government has also launched a programme, Start-Up Brazil, that offers up to $100,000 in support to local entrepreneurs. Multinational investors are keen to invest in a growing market that will be in the global spotlight like never before. The city of Rio – which benefits from a stunning location, a cluster of universities and being host of the World Cup final and Olympics – aims to be the biggest beneficiary.

Several big tech companies are now moving in. Microsoft has announced a new $100m technology centre in the city that will house a development platform for the Bing search engine and a business incubator for local startups. Cisco Systems plans a $500m innovation centre in Rio that will include a venture-capital fund and co-development of new technologies.

Inequality, poor transport systems and excessive bureaucracy remain major obstacles but at the grass roots technology is arguably being used in the most innovative ways to address social problems. The expansion of wifi and 3G networks into the favela shantytowns has widened the access of residents to information, as well as providing a means for shantytown dwellers to inform the outside world of some of the problems they face.

A digital mapping programme uses cameras on kites to record areas of poor sanitation or pools of murky water where dengue-carrying mosquitoes breed. And a citizens group, Meu Rio, set up a CCTV camera outside a school threatened with demolition so activists could quickly be alerted if bulldozers arrived.

Its social network campaign, which attracted tens of thousands of followers, forced authorities to change their plans and showed how technology is being used by a wide range of government and non-government actors to influence policy.

Started in 2011, Meu Rio uses technology to mobilise Cariocas (residents of Rio) to influence public policy. Leonardo Eloi, who was among the founder members, says the group is building a decentralised network of lawyers, developers and other specialists who can help activists and NGOs to improve society.

“I want to create a community that is hacking for good,” he says. “A community of thinkers that provide technology at a low cost.”

Far more than just a click-and-forget campaign website, Meu Rio’s team analyses public policy proposals and helps connect members with city officials and focus email petitions. Designers and developers help to explain and amplify the message with videos, animation and infographics. The group also has a blog, which acts as a municipal watchdog by sending representatives to every city council meeting — something that most mainstream media organisations can no longer afford to do.

The organisation has successfully campaigned for greater government transparency and blocked a bill that would have allowed the government to secretly choose which business and infrastructure projects required environmental impact assessments. Famously, they also mobilised opposition to the planned closure of a public school, which was due to be demolished so that a new car park could be built for the Maracanã football stadium.

The city government has complained that Meu Rio is a tool for couch criticism rather than constructive governance. To prove them wrong, Eloi recently participated in a municipal “hackathon” competition to find technological applications that improve governance. Entering under his own name rather than Meu Rio, he was selected as the winner of the Grand Jury prize with a mobile phone app that helps drivers find parking spaces and alerts citizens when their cars are at risk of being towed away.

The software also allows them to notify police when their cars are broken into or scratched by flanelinha parking extortionists. Officials, drivers and pedestrians all stand to benefit from the savings in costs, time and pollution.

“It is all about collaboration. The crowd has its own intelligence,” says Eloi, who believes diversity is the city’s greatest asset.

“This is an important moment in Rio with lots of decision to be made. It’s time for citizens to be included in the decision-making process. This is a city with so much beauty, so many resources and awesome people. It would be perfect if it had a public policy that was really made by people for people. It’s much smarter to have 7 million minds and brains working on solutions instead of just the government.”

Using technology to address social problems is the goal of Robert Muggah, a Canadian who has found fertile ground in Rio de Janeiro’s increasingly wired and pacified favelas.

He is the founder of the Igarapé Institute, which is working with city authorities on a “smart policing” project using mobile-phone technology to make public security more transparent and accountable.

Following agreement with the Rio State police, Igarapé is helping to design an android app that will record every movement and conversation of police officers when they step out of their cars. On a routine patrol the data will be downloaded at the end of the day and saved on the cloud. In crisis situations, the information will be streamed live to headquarters. Police chiefs are enthusiastic about having such extra surveillance and personnel management tool.

Favela communities will be more interested in the potential to reduce police abuses in a city that suffers an alarmingly high rate of killings by officers in the course of their duties.

Pilot programmes are now underway in Rocinha, the city’s biggest favela. If authorities approve, these will be scaled up in the coming weeks and the system could be introduced citywide later this year. Talks are also underway with authorities in Nairobi and Cape Town to adopt the system.

The project exemplifies the core goal of Igarapé, a non-profit organisation that works with partners from around the world, including Google Ideas, to use mobile technology to achieve socially useful ends.

Muggah is perhaps best known for his data-visualisations of the global trade in small arms and its link to murder rates and other crimes. He is also working with epidemiologists on a child security index that will analyse government data on young people’s experiences of violence in low-income communities. Other projects in development include a “big data” analysis of Twitter and Facebook postings before a recent wave of street protests to establish who are the prime movers, and a visualisation of data on money laundering and, eventually, timber extraction from the Amazon.

“Rio is an exciting place to test new technologies. Many people in government, the private sector and civil society are committed to evidence-based policy and action, and technology can help make this the norm.

“With so much going on – not least the World Cup and Olympics in the next few years – the city is a real-life laboratory,” Muggah says. “Young Cariocas [Rio residents] are increasingly digitally literate and enthusiastically pushing for social change. We have an unprecedented opportunity to help improve public security in the city. Technology will have a major role in making the city safer for us all.”

Clubinho de Ofertas (Offers Club) is the idea of Grasiela Camargo, who has built a network for businesses, primarily run by mothers who want to promote their services and search for reasonably priced activities they can do with their children.

Her online model has similarities with Groupon, but it is more intimate, more local and focuses on entertainment for families.

“This is super cheap,” says Camargo, 34, who lives in Rio. “I find small businesses that don’t have money to spend on advertising, and through our model we bring them big results. They pay with their service or their product.”

Since she and her husband launched the site in 2011, it has attracted more than 20,000 users in Rio. Although Groupon has five times that number of local users, Clubinho sometimes outsells its multinational rival because it says it is closer to its customers.

Until now, most of the business has come from theatres, shops and playgroups – many of which do not have the technical knowledge and marketing skills to promote themselves online. Camargo, who has learned website design and database management as she goes along – is now planning to expand into party services and an online children’s guide to Rio.

“Rio is a great city! There are lots of activities and culture, theatre and shows that are important for the educational development of the kids,” she says. “And there are lots of spots for startups, meeting groups where people exchange ideas, angel investors. There’s a big start-up movement in Rio.” As well as running a startup, Camargo takes pride in helping others – especially entrepreneurial mothers – to build their businesses. In addition to providing an online advertising platform and building a network, she advises clients on customer relations.

“We transformed the lives of the businesses – they learn from us how to sell,” she says. “One theatre was empty when we first went there. Now we can sell it out.”