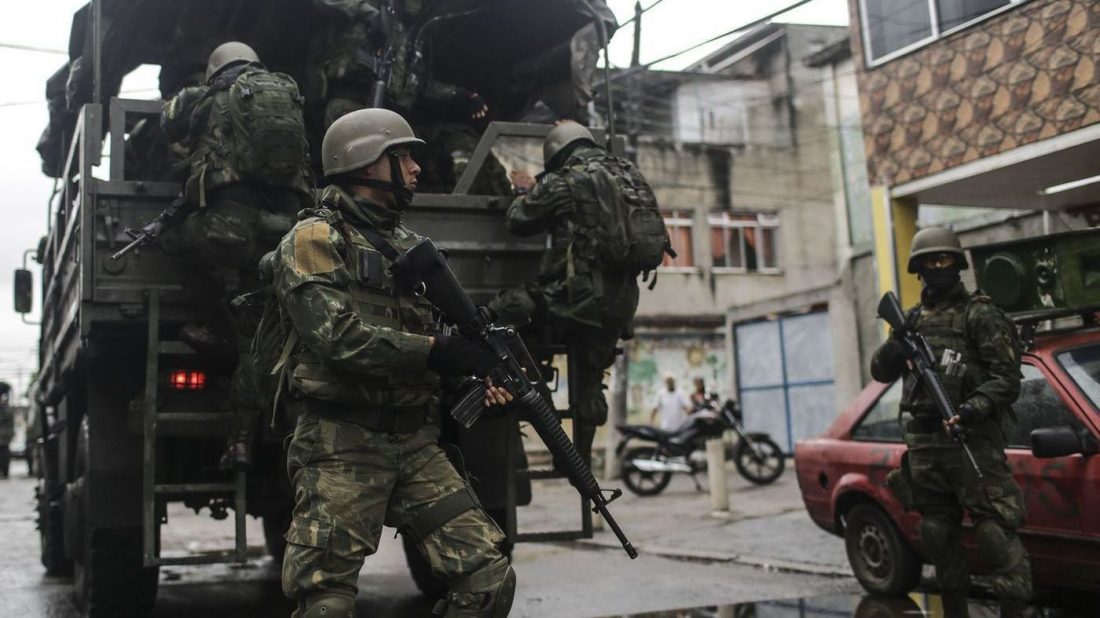 There is a widespread perception that violence in Rio de Janeiro is spinning out of control.

During last month’s Carnival celebrations, disturbing clips of tourists getting assaulted and gunfire erupting between rival drug gangs were broadcast repeatedly on television. Then President Michel Temer signed an extraordinary decree putting the military in charge of Rio’s police, fire services and prisons.

To some extent, the concern is warranted. Rio’s murder rates have climbed back to levels not seen since the mid-2000s, and robberies, car-jackings and other forms of theft are all too common.

But overall, crime rates are not significantly higher than they were a year ago. During Carnival this year, the Rio police reported 5,865 incidents. (This includes 86 killings, 262 drug seizures and more than 1,000 cases of pickpocketing.) That’s a lot, but it’s only 92 more than the 5,773 incidents reported during last year’s festivities.

So why the presidential decree? Or rather, why the decree now?

The reason is simple: political calculus. Polls consistently show that security is the No. 1 priority of Brazilian citizens. Temer and his allies are trying to bolster their tough-on-crime credentials ahead of Brazil’s general election in October.

Although the extreme measures may play well with voters, they aren’t likely to solve Rio’s crime problem.

Rio’s security troubles stem from a crisis of governance. The state’s governor, Luiz Fernando Pezão, and the capital city’s mayor, Marcelo Crivella, have shown little interest in designing or implementing a real public security agenda. For years, two underlying causes of crime — income inequality and concentrated poverty — were allowed to worsen. The military takeover will do nothing to change this.

To really turn things around, Brazil’s Supreme Court will need to revise the country’s drug policies and fix its appalling prison system.

What’s more, there is little reason to believe that the military will be any better at resisting corruption than Rio’s police. Drug-trafficking gangs have proved adept at buying off security forces in the past. Just last month, a military officer was arrested on the outskirts of the capital city for transporting illegal assault rifles and cocaine.

While many Brazilians revere the military, security experts fear that soldiers lack the experience, training and equipment to effectively fight crime. And they aren’t the only ones who are concerned. Many activists rightfully fear that, with generals in charge, there will be a rollback of civil liberties and human rights, especially for the poor.

There is a real danger that the military will be drawn into bloody street fights and cause significant civilian casualties, as has happened in Colombia, Mexico and other parts of Central America.

Even the army’s commander, Gen. Eduardo Villas Boas, has raised concerns about the risks associated with deploying troops to fight crime. Brazil’s former defense minister, Raul Jungmann, has described military interventions as an anesthetic that will produce only short-term relief.

Lasting improvements will be achieved only through far-reaching policy reform.

To really turn things around, Brazil’s Supreme Court will need to revise the country’s drug policies and fix its appalling prison system. Brazil has the world’s third-largest prison population, about a third of which is languishing in pre-trial detention. Complicating matters, a majority of the country’s prisons are, in effect, run by drug-trafficking organizations.

Government leaders, together with the private sector, will need to redouble efforts to repair and modernize Rio’s military and civilian police forces, which have been crippled by steep budget cuts. Police complain that they lack electricity, gas and even toilet paper. Not surprisingly, morale is at an all-time low.

There have been some positive developments. Rio’s police recently introduced crime-mapping technologies for improving transparency and efficiency. Brazil’s attorney general has approved a federal task force to investigate organized crime and corruption in Rio’s police system.

The success of these measures depends on what happens next. Temer has announced that he is establishing a new federal ministry of public security, to be overseen by Jungmann, though it is unclear how the agency will work. The armed forces have indicated that they will help restructure Rio’s police, in part by removing bad cops from duty.

Even so, human rights advocates fear that Temer’s decree is part of a larger shift toward more punitive approaches to controlling crime. They have good reason to worry. Some military officials have hinted that the extraordinary measures taken in Rio could be replicated in other states.

Brazilians are understandably looking for quick solutions. Three-quarters of Rio’s residents support the federal intervention. But it won’t be possible to restore public security through military action alone.

Robert Muggah is a co-founder of the Igarapé Institute, headquartered in Rio de Janeiro, and a co-director of the SecDev Group in Ottawa.