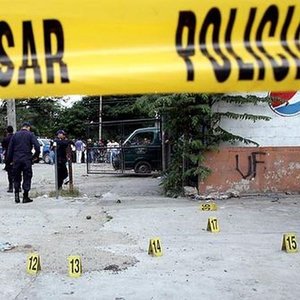 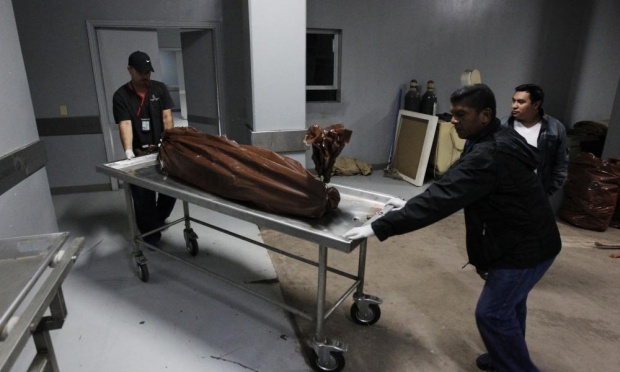 Latin America may be the most murderous continent on Earth, but huge improvements in public safety have been achieved in several major cities, according to a new homicide map of the world that is being launched this week.

Several metropolises that were once bywords for violent death – such as Medellín, Bogotá, São Paulo and Rio de Janeiro – have seen murder rate declines of more than 60% over the past two decades thanks to improved living standards, better education, decelerating urbanisation and more effective policing, say the researchers behind the Homicide Monitor.

But while overall figures are falling, the map reveals that murders are stubbornly concentrated in poor communities, and the victims are mostly young – usually black or mixed-race – men.

The Monitor is an interactive online world map with data on the distribution of murder by country, year, age of victim and – where figures are available – gender and type of weapon. Drawing on statistics from theUnited Nations Office for Drugs and Crime, government offices, health institutes and police records, the authors also include a detailed city- and state-level breakdown for Latin America, the worst-affected region.

It has been compiled as a tool for policymakers and researchers by the Igarapé Institute, a Rio thinktank with funding from the Open Society Foundation and Peace Research Institute Oslo.

The map reveals that a third of the world’s 450,000 murders each year occur in Central and South America and the Caribbean, though the region is home to less than a tenth of the population. Fourteen of the top 20 countries in a ranking of murder rates are in Latin America.

The countries with highest death rates in relation to number of inhabitants are Honduras, El Salvador and Venezuela. Excluding war zones, Brazil has the most murders overall, with 56,337 homicides in 2012, the most recent year with figures for all countries.

While the figures theoretically means a person is 25 times more likely to be murdered in Brazil than in the UK, the detailed mapping of trends and murder “hot spots” shows the risks for most people are falling.

Media reports ahead of the Rio 2016 Olympics have made much of Brazil’s deadly crime problem.

But according to Robert Muggah, the Canadian founder of the Igarapé Institute, the data shows that murder victims in Brazil are more likely to be young black men than rich foreign tourists.

“Violence is not evenly distributed around the world, much less in Brazil. It tends to be highly concentrated,” said Muggah. “The perception in many cities that everyone is equally at risk is flat-out wrong. In many US cities, for example, less than 5% of street addresses account for 75% of violence. In Bogotá, just 2% of street addresses are where 98% of homicides occur.”

He noted that the urban zones most susceptible to sudden outbreaks of violence are usually fast-growing, poorly regulated areas, often with high population densities and large numbers of new arrivals. Unlike longer-established downtown neighbourhoods, these communities are often a low priority for local governments and police chiefs.

The Homicide Monitor plans to include essays from leading criminologists and other experts on the methods that have been most effective in reducing killings. High among them is “hot spot” policing – the deployment of large numbers of officers to areas with high murder rates. Thanks to this and greater efforts to involve local communities in public security decision-making, São Paulo saw its homicide rate fall dramatically from 42.2 per 100,000 people in 2000 to 13.9 per 100,000 in 2010.

Problems remain, however. Police killings are still alarmingly high and there is pressure from influential commercial districts and wealthy neighbourhoods to have more police protection. Similar “enclave mentalities” are underminingefforts to “pacify” favelas in Rio because elites in the most upmarket communities would rather have police protecting their homes than reducing crime at its source. Contrarily, in poorer regions of Brazil, particularly the north-east, resources are low and homicide rates continue to be alarmingly high.

The national government has been slow to act. Although murder is the leading cause of death for Brazilians between the ages of 15 and 29, national funding for reducing homicide and violent crime has plummeted since 2011 and there is no federal programme to support the most-affected states.

“In Brazil there is no national homicide strategy, which is not what you would expect considering 56,000 people are dying violently every year,” said Muggah. “It is a disproportionately modest response to an enormous problem.”

While the trend in wealthy countries and cities is for a steady fall in murder rates, the map illustrates the considerable challenges that remain in many parts of the world. The Homicide Monitor database will be expanded to include more detailed figures from Africa. The authors also plan to launch public media campaigns in countries such as Honduras with high levels of homicide.