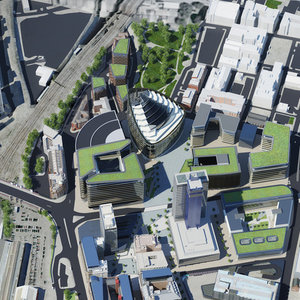 The United Nations is on the cusp of making history. The much-anticipated Sustainable Development Goals (SDGs) set out a bold and detailed global agenda to guide development for the next fifteen years. And it is arguably the eleventh goal, SDG 11, and its promotion of safer, more inclusive and resilient cities that makes them genuinely revolutionary. After all, two thirds of humanity will reside in urban settings by 2030. By 2050, roughly 6.4 billion people – almost the equivalent of the planet´s current population – will live in a city. The future success of the SDGs resides, in large part, in cities.

The ability of nation states to tackle diverse global problems such as climate change, poverty and fragility will depend on how cities are equipped to meet these challenges. This is because cities account for at least 70% of total worldwide greenhouse gas emissions; are home to the majority of the world´s poor; and register higher homicide rates than rural areas. Many mayors already recognize this reality and are teaming up to share innovative and data-driven solutions. SDG 11 will embolden city leaders to develop practical solutions to problems that so often divided and paralyzed their federal counterparts.

While an acknowledged global priority, it was not at all certain that an “urban SDG” would emerge when the United Nations began negotiating the issue several years ago. Issues of cities and safety are hardly a mainstay of development. With the exception of a passing focus on improving the lot of slum dwellers, both themes were largely absent from the precursor to the SDGs, the Millennium Development Goals (MDGs) established in 2000. At the time, critics were concerned that a focus on cities would divert aid from rural areas. It is partly due to the dedicated campaigning of groups such as the World Urban Campaign, Cities Alliance, and UN-Habitat that these priorities were eventually taken onboard in the SDGs.

So what makes SDG 11 so unprecedented? Perhaps most importantly, it calls for greater investment in improving infrastructure, governace and safety in all urban spaces and human settlements, including slums, shanty-towns, ghettos and favelas of the world’s most fragile cities. The focus on informal settlements is crucial since the proportion of people living in slums is massive, and growing. There are already around 1 billion people living in slums today, as compared to 650 million in 1990. This population will grow to almost 2 billion over the next three decades. The risks residents face there are systematically underreported, underdiagnosed and unaddressed.

Along with upgrading slums, SDG 11 emphasizes the critical role of adequate, safe and affordable housing as well more predictable basic services. Likewise, it calls for redoubling investment in affordable (public) transportation, participatory planning in city decision-making, disaster risk planning, environmental protection, more attention to public spaces and resilient infrastructure. Many of these measures are known to have positive knock-on effects on wellbeing and living standards. The extent to which they contribute to the prevention of violence and improvements in safety is less well known. There is a general perception that improving housing and living conditions in low-income and informal areas could help design-out crime and improve safety, but the evidence base is thin.

As the focus now turns to implementing and financing the SDGs, decision-makers must be mindful of what works and what does not. The impact of large-scale programs intended to create housing, improve access to services and upgrade slums on safety and security is not straight-forward. This is not entirely surprising: these interventions were seldom (if ever) designed to prevent and reduce violence. In some cases, government programmes intended to improve public housing and basic services in low-income settings were instead captured by criminal markets. Gangs and militia routinely influence the management and delivery of such services, especially in informal settlements. As a result, affordable housing, services and upgrading initiatives are often associated in developing countries with increased levels extortion, eviction, corruption and displacement.

Nevertheless, there are also examples of how improved city housing, service delivery and slum conditions yielded improved public security and urban safety. Many of the positive examples are from Latin America and the Caribbean, among the world´s most urbanized societies. Take the case of Brazil´s celebrated public housing program – Minha Casa Minha Vida – which aims to reach 6.75 million households or 27 million people by 2018. A recent study of the spatial distribution of new housing in relation to gini inequality and homicide demonstrates important reductions in lethal violence. In other words, the introduction of more affordable housing appears to have robust effects in terms of reducing murder rates.

Likewise, Brazil´s Bolsa Familia – a conditional cash transfer programme covering more than 12 million families or 40 million people (most of whom live in cities) – has demonstrated promising outcomes in relation to human capital formation and crime prevention. For one, it has yielded positive effects on school enrollment rates, educational progression and reducing extreme poverty and inequality, all declared priorities of the SDGs. Studies have also shown how the expansion of the programme among 16-17 year olds has also generated statistically significant negative effects on crime. This is due to improved income effects as well as the way it results in changed peer groups.

Meanwhile, Mexico´s conditional cash transfer programme – Oportunidades – has generated important violence prevention effects, especially among intimate partners. In Mexico, roughly 11 million women report a violent episode in their lifetime due to spousal or partner altercations. Oportunidades has been accessed by over 4 million Mexican families since its inception in 1999. There are indications that women in households eligible for participation are less likely to suffer psychological violence – and this effect becomes even stronger when these households participate in the programme.

An innovative case of housing and service improvements and urban upgrades comes from Medellin. At one time considered among the world´s most violent cities, Medellin has seen homicide rates drop by over 80% over the past two decades. This was due in part to the initiative of a string of mayors who pursued so-called “social urbanism” and deliberately integrated the poorest areas of the city with the center and outlying areas. The city introduced a cable car system, new metro, high quality libraries and schools as well as more participatory forms of engagement for the cities 2.2 million residents. While replication of the Medellin experience to other cities is challenging, the experience offers lessons to mayors, business people and civil societies leaders around the world.

There are many promising examples of how to convert the aspirations of SDG 11 into reality. At a minimum, interventions need to carefully take into consideration the existing physical and spatial environment of cities and slums with a focus on recovering public spaces and bringing fragmented societies together. The focus cannot be on infrastructure and service delivery alone, but also on building ways to improve social interactions in neighborhoods including through local governance councils and processes. Fragile cities will become more resilient if the residents, including slum dwellers, are themselves advocates and change agents. If armed with the right evidence, the right tools, and inclusive consultation processes the real potential of the urban SDG will be unlocked.

Learn more about the SDGs in the article Where is Latin America?