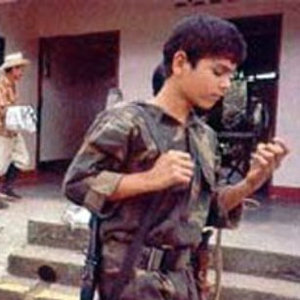 The logistics of ending Colombia’s war with the FARC

After nearly three years of peace negotiations, the Colombian government and the Revolutionary Armed Forces of Colombia (FARC) announced a final peace accord would be signed before March 23, 2016.

As that deadline approaches, the logistics of the ceasefire that would end five decades of armed conflict in Colombia remains controversial. If the parties are committed to ending hostilities before the March 2016 deadline, their negotiators in Havana must agree to put down their arms before the end of the year.

The Sub-Committee tasked with negotiating the terms of the ceasefire appears to have stalled on two issues: first, a strategy that provides security assurances to the FARC while allowing the government to verify that it has ceased all criminal activities; and second, a mechanism for the FARC to definitively “lay down their arms” within sixty days of signing the final accord.

The government’s solution to the first issue is a “ceasefire in place.” This model would concentrate FARC members in a designated area to ensure that the ceasefire is verifiable, irreversible and definitive. In contrast, the FARC would prefer a “statute ceasefire” that would allow it greater autonomy by requiring both parties to hold their current positions and reveal each other’s coordinates and movements in order to avoid mutual attacks.

Both sides have significant interests at stake. From the government’s point of view, concentrating FARC members in a designated zone means that the ceasefire would be easier to verify and less costly to monitor. Moreover, while the FARC is the biggest threat to Colombia’s security, it is not the only insurgent group the military is fighting. By clearly defining the territory occupied by the FARC until the final accords are written into law, the government could freely continue its fight against the National Liberation Army (ELN) and other armed illegal groups.

The FARC, however, don’t trust the government to uphold the terms of the peace accord. In essence, the government is asking that the FARC give up its only assets—its guns and its ability to evade the military—before a final accord is signed, ratified by Congress, and approved by popular referendum. The FARC has consistently stated that it will retain its military capabilities until it is guaranteed political participation, which doesn’t happen until the peace accord is approved by the Colombian public.

Both sides have valid concerns, but peace negotiations require compromise and uncomfortable concessions aimed at building trust. Instead of framing the debate as a contest with winners and losers, negotiators in Havana should look to past ceasefires in other conflict-ridden nations.

A recent study by a Colombian think tank, Fundación Ideas Para La Paz, and a Brazilian think tank, Instituto Igarapé, compared similar ceasefire agreements in Sierra Leone, East Timor, Cambodia, Guatemala, El Salvador, and Croatia. It concluded that ceasefires are more likely to succeed if: groups of no more than 1,500 insurgents are confined to designated areas; if there is a strategy to avoid sabotage by other illegal armed groups; if there exists a robust media campaign to inform the public of the terms of the ceasefire; and if the disarmament process takes place gradually on agreed upon dates. The study also advises that once a peace process is over, it is essential that the weapons that are turned over by insurgents be completely destroyed by a neutral third party.

Although these lessons should guide most of the terms of the agreement, negotiators must also account for circumstances that are unique to the Colombian conflict and could make it difficult to come to a ceasefire agreement by the end of the year. For example, although most ceasefires in other countries took place at the signing of a final peace accord, the Colombian government may view a ceasefire that predates a final accord as an opportunity to leverage concessions on other negotiation points. Additionally, the ceasefire should also require that FARC cease all illegal activities including trafficking of illegal narcotics, illegal taxes on civilian businesses, and illegal mining operations.

Both sides agree that third party verification is essential to the ceasefire’s success. On October 29, President Santos announced he would be reaching out to the permanent members of the UN Security Council to secure a mandate for a neutral peacekeeping mission to monitor and verify a bilateral ceasefire before the end of 2015. Although it makes sense to avoid further casualties on both sides when a final accord seems within reach, putting together a UN peacekeeping mission is a process that takes time. The expediency with which it adopts that mandate depends on the complexity of the agreement, the amount of resources required to carry it out, and the degree of consensus within the Security Council. Moreover, the UN cannot begin to consider the President’s request until negotiators agree on the final terms of the ceasefire.

Reaching a ceasefire agreement before the end of 2015 is essential for two reasons:

First, once the parties agree on the terms of the ceasefire, it will take time for the UN to approve and create a peacekeeping mission to help verify and implement the terms. Without UN verification neither party will have the necessary assurances to end hostilities and sign the final accord. Second, the Colombian people will have the final say on whether to approve the terms of the final accord. Although the government has already started its “Say Yes to Peace” campaign, a bilateral ceasefire that provides a glimpse of what their country will look like after the conflict ends may be the best argument for Colombians to vote “yes.”