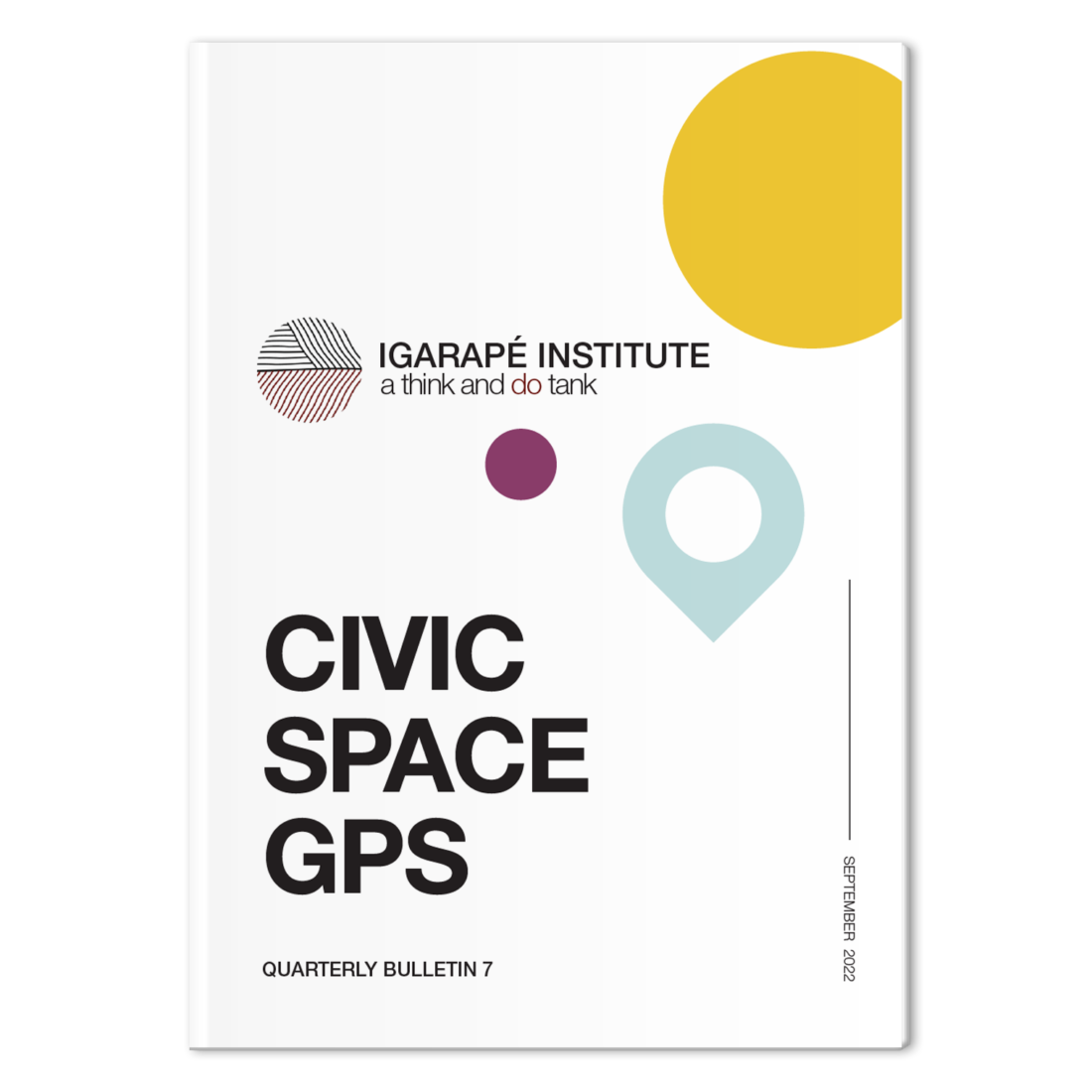 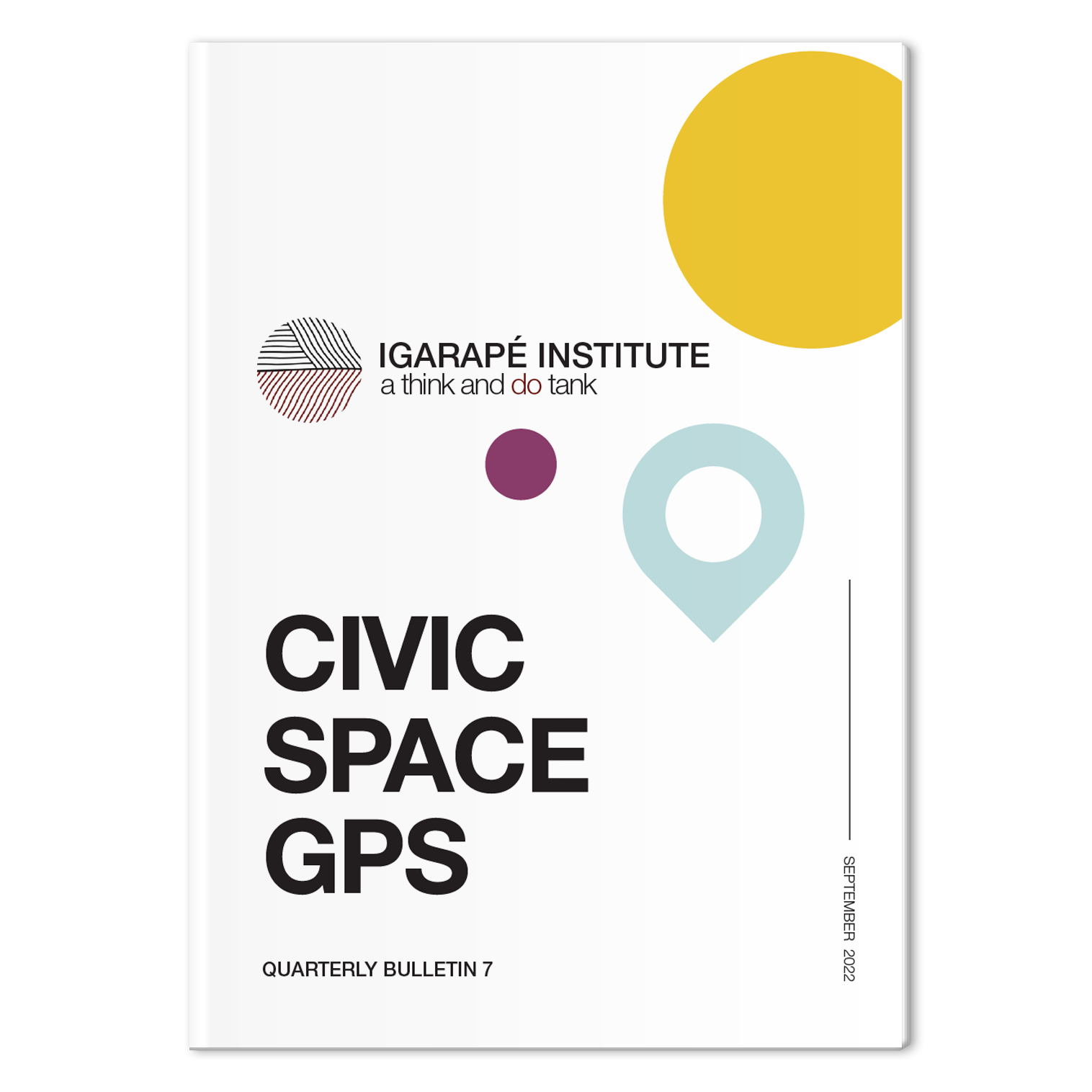 The closure of civic space — the sphere between business, the State and family in which citizens organize, debate and act to influence public policies and the direction of the country — continues in Brazil. In this seventh edition, covering the second quarter of 2022, the Igarapé Institute assesses 352 threats to Brazilian civic space reported between April and June. The bulletin also examines 175 reactions to such threats — 118 institutional responses and 50 acts of resistance – by civil society and other groups.

The media spotlighted another 7 changes of position, mainly government reversals. Political violence escalated during the second quarter, often devolving into physical altercation. This quarter also saw an increase in attacks on the electoral system, polls, and democratic institutions. Environmental insecurity was also on the rise, with criminal attacks against environmental defenders and Indigenous peoples. The murder of British journalist Dom Phillips and Indigenous rights activist Bruno Araújo, in the Vale do Javarí, in Brazil’s northwest Amazon, was an alarming case in point of the assault on Brazilian civic space.