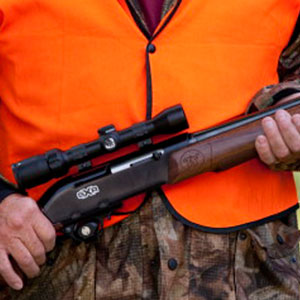 More guns equal more lethal crime. The evidence is convincing. Studies consistently show how increases in firearms ownership are positively associated with increases in homicide and suicide. Whether on the street or in the home, where handguns and rifles are easily available they are more likely to be used in a criminal act. This applies across most wealthy societies and middle-income ones too.

Strong gun laws, when enforced, can help deny access to firearms to people who really should not have them. The reverse is also true. In jurisdictions with weak legislation related to gun purchasing, ownership and use, there tend to be higher rates of aggravated assault, robbery, rape and murder. In the U.S., for example, right-to-carry laws are statistically associated with increases in the incidence of violent assault.

These apparently commonsense observations are widely accepted by most public health experts, criminologists and law-abiding citizens. Yet, like those who deny the science of climate change, there is also a vocal minority of activists exhorting easier access to guns, including fewer oversight measures and weaker laws. Some of them resort to snappy, but misleading, sound bites to make their case. Their position is increasingly hard to defend.

One way to limit firearm-related homicide, suicide and accidents is through smarter gun regulation. This is hardly an extreme proposal. The introduction of mandatory seat-belt laws since the 1970s had a profound effect on reducing deaths and life-threatening injuries on U.S. highways. Although these regulations were at first resisted (including by car manufacturing lobbyists), they were eventually replicated globally to positive effect.

The same can be said about firearm legislation and controls on civilian purchasing, ownership and use that have similarly spread around the world. It is worth recalling that the vast majority of firearms are held not by soldiers or police officers, but rather civilians. The regulation of these weapons is a precondition of responsible governance.

Strong gun laws are not equivalent to taking guns away from citizens. To the contrary, they consist of transparent rules and procedures designed to manage the possession, storage and carrying of firearms in order to limit access to legitimate users alone. The goal is to ensure that public safety prevails over the private interest. Not surprisingly, most Americans support these kinds of sensible measures.

Virtually every country in the world permits some degree of civilian ownership, and this is unlikely to change anytime soon. Permitted categories of use typically include sport shooting, hunting and self-defense. Responsible regulation is intended to balance legitimate civilian use against the possible social harms that result — which as the case of the U.S.’ $172 billion annual burden of gun violence amply shows, can be exceedingly high.

Most governments have introduced checks and balances designed to maximize citizen security and minimize firearms misuse. Examples include age limits for gun purchases and background checks to avoid firearms from getting into the hands of criminals and people suffering from severe mental illness. Other measures aim to limit the risk of guns being stolen from private collections and procedures to keep firearms from getting into the hands of children.

Every country in the world has enacted some kind of legislation governing the civilian possession of firearms. Even in Lebanon and Yemen where automatic assault rifles and handguns are openly sold in street bazaars there are gun laws, albeit poorly enforced. All governments impose various requirements when it comes to licensing, registering and storing firearms. In other words, with gun ownership come responsibilities.

Importantly, every country bar one treats gun ownership as a privilege, not a right. While hotly debated by legal scholars, the U.S. is the only country in the world to have elevated gun ownership to the status of a right. The Second Amendment protects the right of citizens to “keep and bear” arms. Two Supreme Court rulings in 2008 and 2010 currently preserve this right, though the Court admits it is not “unlimited.” In other words, the right is regulated.

The debate today is not over whether there ought to be rules to regulate firearms, but how comprehensive they should be. Notwithstanding the U.S.’ gun rights exceptionalism, there are of course federal, state and city-level laws that proscribe how and who should access firearms, though these vary in reach and breadth. There are tight regulations on access to fully automatic weapons, for example. But there are also well known loopholes, including sales at gun shows, putting American (and Mexican) lives at risk.

More fundamentally, there is almost no evidence that the right to own firearms makes a society safer. The U.S. registers several times more gun homicides and suicides than 30 other wealthy countries combined. At least 16,121 people were murdered in the U.S. in 2013, including 11,208 due to gunshot injuries. Another 41,149 people committed suicide, with 21,175 using a firearm. At least three times more men, women and children suffer gunshot wounds each year.

To put these numbers in perspective, the U.S. gun homicide rate is 70 times higher and 35 times the gun suicide rate of the United Kingdom, a country with more restrictive firearm legislation. What is more, the U.S. ﬁrearm murder rate is almost 20 times higher than all other advanced economies and for those aged 15 to 24, an astonishing 42 times higher.

The difference between the United States and all other wealthy countries is that the latter are committed to stronger legislation and enforcement of firearms regulations. All of them deny access to weapons considered ill-suited to civilian use. Most of them have also introduced basic systems for registering firearms with data centralized in one place. They feel this is the minimum to ask of citizens who, after all, have the privilege to own firearms.