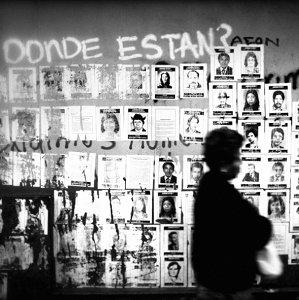 A New Campaign Against Latin America’s Epidemic of Homicide

Earlier this month in Culiacán, Mexico, according to a report from the New York Times, the veteran journalist Javier Valdez Cárdenas, chronicler of the drug cartel–fueled violence that today ravages large swaths of Mexico and Latin America, was murdered. He was the sixth Mexican journalist killed just this year, and one of the more than nearly 130 who have been killed or “disappeared” since 2000.

Terrible as the end of Cárdenas’s lifestory was, however, it is far from unique. Like literally hundreds of thousands of other people in Latin America, Cárdenas was the victim of an epidemic—not of a disease, but of homicide. Indeed, there is a murder in Latin America every 15 minutes. Every day, 400 people suffer violent deaths. Every year, 144,000 join them.

It should come as no surprise, then, that Latin America is the most violent region in the world. Despite being home to only 8 percent of the global population, Latin America accounts for 38 percent of all homicides in the world. In the years between 2000 and 2016, more than 2.6 million human beings were killed. The violence is on a scale that only the war zones of the Middle East and Central Asia can match.

And if nothing is done, the problem will only get worse. Absent concerted and determined action, by 2030, the homicide rate could increase from 21 to 35 per 100,000.

But Latin America is not doomed. This open wound can be healed; the bloodflow can be stanched. If appropriate measures are taken, consistently and sustainably, there can be hope. That is the fervent belief of the nearly 30 separate organizations—from Brazil, Venezuela, Colombia, El Salvador, Honduras, Guatemala, and Mexico—behind #InstintodeVida [site in Spanish], a new region-wide campaign devoted to homicide reduction.

To address this crisis, and to show that the problem of homicide in Latin America is not insurmountable, this campaign supported by the Open Society Foundations will offer grassroots activists and decision makers policies derived from new and innovative analyses and data.

The Laboratory for Analyzing Violence of the Rio de Janeiro State University, for example, has mapped homicide reduction programs in the region and identified those policies most likely to create tangible results.

Similarly, experts and advocates are working to make homicide data more reliable through the use of a protocol, the first of its kind in the region to be produced by a cooperation between civil society and government.

Further still, the campaign is offering a public policy menu for homicide reduction—a document which synthesize technical learnings from those in Latin America and across the globe. With this menu as a touchstone, campaign partners are developing advocacy efforts intended to pressure decision makers to commit to launching homicide reduction plans where they don’t exist already, and to fine-tune and reimplement those which have been developed in the past.

At its core, the members of this campaign understand that until politicians in Latin America agree to undertake concrete and tangible policy reform, the homicide crisis will not abate. This is an issue that affects everyone, from those in the most at-risk communities to those who enjoy positions of social and political leadership. Cooperation must be total, and all ideas must be on the table.

The guarantee of basic physical safety is fundamental to an open society. But this promise cannot be met by any individual group alone. If Latin America is to pull itself out of this abyss and build a future where stories like that of Javier Valdez Cárdenas become the exception, not the rule, then campaigns like #InstintodeVida must be supported. Maintaining the status quo cannot be an option—too many lives are at stake.