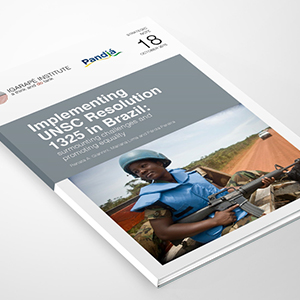 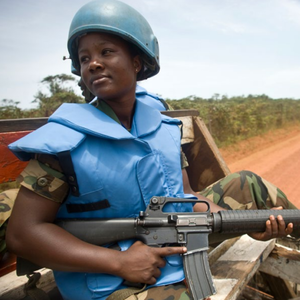 The United Nations High Level Panel on Peace Operations (HLP) called on member states to enhance their efforts to promote women in peace support operations. While elevated as a priority, there is comparatively limited empirical research about the involvement of female troops in peacekeeping missions. Women are still underrepresented in peace operations around the world. Less than 1 per cent of the 40,000 Brazilians deployed in United Nations peacekeeping missions since the mid-twentieth century were women. In the light of Brazil’s recent announcement on the adoption of a National Action Plan (NAP) based on Security Council Resolution (UNSCR) 1325, this Strategic Note reviews the country’s implementation efforts, particularly in relation to UN peacekeeping operations.

Divided into three sections, the Note first analyzes the growing participation of women in the Brazilian Armed Forces. It then explores the challenges of incorporating a gender perspective into peacekeeping. The final section reviews how UNSCR 1325 is being adopted by the Ministry of Defense, including the creation of Gender Commission. Brazil has yet to elaborate its NAP to guide the implementation of the resolution. Nevertheless, some critical steps have already been taken towards the adoption of a gender perspective in peacekeeping.