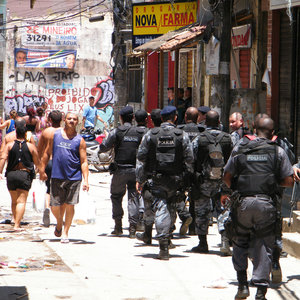 How can development solutions bring down high crime rates?

Homicide rates in Latin America are higher than fatality rates in some of the world’s worst war zones. In May this year, Brazilian thinktank Igarape Institute launched the Homicide Monitor, an online tool collating country-by-country statistics on homicides from a range of sources. “Making information available about homicide is the first step towards doing something about it,” says research director Robert Muggah.

Violence hold countries back in many respects, so how can development organisations tackle this complex issue? In Colombia the mayor of Cali, Dr Rodrigo Guerrero, developed an innovative data-led approach towards crime which saw a dramatic drop in homicide rates, from 80 per 100,000 in the 1990s to just 16 per 100,000 in 2012 in Bogota.

Guerrero found a root cause of gang crime to be groups of friends hanging around in the neighbourhood with no money, who are susceptible to criminals offering quick cash. So social intervention is important, but what programmes work best? How can you tackle violence in cities where the police are untrustworthy? And where do you start when violence is deeply entrenched, as in the world’s most dangerous cities?

Iain Overton, author, Gun Baby Gun, London @iainoverton
Iain is a writer, filmmaker and campaigner. He is director of investigations at the charity, Action on Armed Violence.

Venessa Padayachee, national advocacy and lobbying manager, Nicro, Cape town, South Africa @NICRO_
Vanessa is a social worker with an MA in Criminology. She has worked for Nicro for 20 years.

Robert Muggah, research director of Igarapé Institute, Rio de Janeiro, Brazil, and the SecDev Foundation, Canada @igarape_org
Robert has led studies in over 40 countries in Africa, Asia and the Americas and gave talks on fragile cities and organised crime at TED Global, the Web Summitand the World Economic Forum. He received his PhD from the University of Oxford.

Anilena Mejia, research fellow, The University of Queensland, Brisbane, Australia @anilena18
Anilena is a researcher. She is currently involved in projects for preventing violence in Latin America through parenting and family interventions.