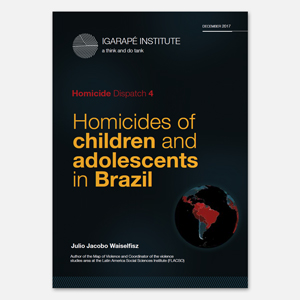 Homicides of children and adolescents in Brazil

Brazil is the world´s most homicidal country in absolute terms. It also exhibits some of the most prolific lethal violence against children and adolescents. The following assessment demonstrates an exponential increase in the total number and prevalence rate of child and youth homicides between 1980 and 2014 — 476.4% and 485%, respectively. Such violence is not evenly distributed. Several northeastern states exhibit the highest rates of intentional homicide in Brazil, with the most common victims consisting of 16- and 17-year old black males.