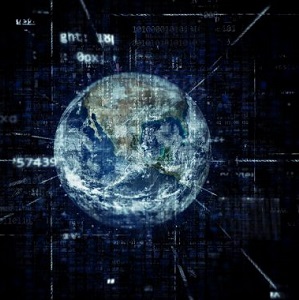 Digital Rights at a Crossroads

Three years ago, former President Dilma Rousseff signed the Marco Civil da Internet into law. This crowdsourced digital bill of rights provides key guarantees for Brazilian citizens that were now assured in the constitution. These rights stem from ten principles created by the multistakeholder Internet Steering Committee including privacy, freedom of expression and network neutrality. In one of her last acts as President before her impeachment in May 2016, former President Rousseff signed the definition of the law and made it a final cornerstone of her legacy. Amongst other things, this act made net neutrality the law of the land, making Brazil one of the largest countries in the world governed by the democratic principle that everyone’s data must be treated equally, no matter the source, from YouTube to MidiaNinja.

However, since the landmark development of this bill, the project of creating a strong framework for civil rights online is being severely challenged. Brazil is in a crisis, but one of the most important yet undiscussed crises is that in the governance of the network that provides all citizens with information, gives them access to government services, and controls the country’s critical infrastructure.

A key regulation that the Marco Civil lacks is one to ensure that companies and government agencies are protecting citizen data. After a lengthy process of open source, online review by experts, Rousseff’s government proposed a bill (PL 5276/2016) that would provide a strong system of data protection governed by a new independent authority, which has been merged with an existing proposal PL 4060/2012. The Senate proposed another (PLS 330/2013) that would not create an independent body, leaving oversight in the hands of existing authorities, however there are plans to marry the legislation.

Congress has responded by proposing new bills that will affect critical components of the law. Among the most notable of these is PL 215/2015, also known as “PL Espião” because it would mandate that all Internet companies store information about users such as their real name, CPF, and home address for criminal investigations. In addition, the Congress developed a Parliamentary Commission on Cybercrime (CPICIBER) that proposed many new bills that would roll back key privacy provisions of the Marco Civil in the name of greater public security. These include a bill (PLS 730/2015) that would allow police to access this kind of user data without a judicial order.

Successive shutdowns of the WhatsApp network in the past year show the danger of such unconstrained legal action. Judges in Piaui, Rio, São Paulo and Sergipe separately ordered WhatsApp blocked after it refused to comply with legal requests for data. Articles 10-12 of the Marco Civil provide the legal basis to suspend services in the country if companies refuse to comply with legal orders, but also specify that these actions must be proportional to the crime, and apply less punitive measures such as fines.

Universality plans promoted by the Rousseff administration reanimated Telebras and incentivized other carriers to drive access in rural areas, wire government and schools, and give ordinary citizens access struggled for lack of funds. These plans have given way to a new proposal (PL 3453/2015) by Congress to give subsidies traditionally earmarked to fund infrastructure construction back to the telecoms to use as they like. This plan seems far from the Marco Civil’s goal of universal access, especially as these are the same telecoms that have worked to limit or charge more for increased broadband usage.

New infrastructure will make Brazil an even more critical component of the world’s Internet. At least five new transatlantic cables will connect the country with the world, and a Geostationary Defense Satellite to be launched this year will provide Internet access in remote regions and be the first completely Brazilian operated.

What remains to be seen is whether Brazil will be able to return to the original aims of the Marco Civil, from network neutrality to freedom of expression, to privacy and security, to create a new generation of democratic Internet. When it was launched, the Marco Civil showed that Brazil could be a model for the world, its multistakeholder, democratic and collaborative system was lauded by groups ranging from the World Economic Forum to the founder of the World Wide Web, Tim Berners Lee. To return to its former position, policymakers should recognize the power of these values and join in the work to reinvigorate them.