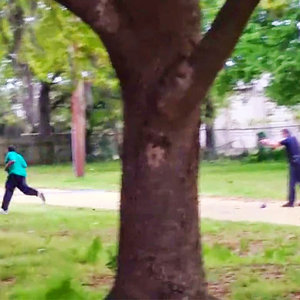 Cops on Camera. Are Police Ready? 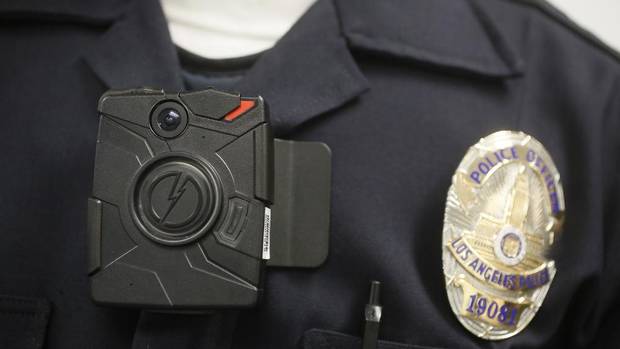 The shaky video footage makes your stomach turn. An unarmed middle-aged black man is running away, as if in slow motion, after a scuffle with a policeman. The officer, a white male, draws his handgun and shoots eight times in the direction of the fleeing man’s back. The police officer calmly walks toward the man, lying motionless, and radios for back-up. He then handcuffs the dying victim’s hands behind his back.

The entire 4:09 minute episode was recorded by a 23-year-old man who was talking on his cellphone when the incident unfolded. The onlooker is careful to always keep the fatally injured man, Walter Scott, in the frame. The officer, 33-year-old Michael Slager, was charged for murder shortly after the video went public. Mr. Scott’s family is outraged, but also relieved that some kind of justice may be served.

The event unfolded in South Carolina in the United States, but could easily have happened almost anywhere. Police use of excessive force is distressingly common the world over. Precise statistics are hard to come by, but every year at least 400 U.S. residents are killed by police in what are called “justifiable homicides.” In South Africa, between 500 and 600 deaths a year appears to be the norm. And in Brazil, the police perpetrate some 2,000 so-called “auto-resistance deaths” a year. It’s impossible to know the true scale since evidence often goes missing, including bullet-ridden bodies.

As the video of Mr. Scott’s killing shows, part of the solution to preventing police violence may be technological. The mobile phone is fast becoming one of the primary means of holding law enforcement, as well as soldiers, militia and guerrillas, to account. Video evidence can be uploaded onto Facebook, YouTube or any number of social media platforms. In the case of the South Carolina shooting, the footage can be sent to the victim’s attorney and on to a newspaper. But this is just the beginning.

The pace and speed of Internet and cellphone penetration is mind-boggling. Today, 40 per cent of the world’s population has access to the Web, compared to 1 per cent in 1995. What is more, there are 7.3 billion cellphones in circulation, more than one for every person on the planet. Within the next five years, as much as 85 per cent of the world will be connected to the Net, and there will be more than nine billion phones. The digital divide is shrinking between countries and within them. These and other technologies are giving rise to new kinds of activism and open empowerment. Those at the sharp end of this digital movement are using technologies to check state power.

Governments and police departments, too, are experimenting with using meta data and digital tools to improve oversight and accountability. And this is not just taking place in the United States. In Rio de Janeiro and Cape Town, police are piloting open-source tools that track their every move. Mobile phones affixed to the vests of officers record video, audio and GPS co-ordinates, beaming information – when the network permits – back to designated senior officials. It gives officers an added layer of protection, but also makes them think twice about brandishing their firearm too early.

New technologies are not a panacea for eliminating the excessive use of force by police. Obviously the human factor looms large. The way in which officials are recruited, trained, monitored and rewarded matters fundamentally. There are also tricky legal and ethical questions about how data collected by body-worn cameras is stored, managed, disseminated and destroyed. And while there is no gold standard for how best to use these new technologies, the goal must be to maximize both the privacy of citizens and the accountability of officers.

While not welcomed by everyone, new technologies such as cop cams are coming. Many of the U.S.’s largest police departments are already testing them, in some cases with positive results. There are 17,000 police departments across the country, and President Barack Obama recently issued an executive order to get 50,000 officers outfitted. Meanwhile, in Britain, the London metropolitan police are fielding the world’s largest trial of body-worn cameras. These types of experiments are generating fascinating results, including reductions in police abuse and citizen complaints.

It’s possible that new technologies, where adopted responsibly and with fidelity, can reduce incidents such as those occurring in South Carolina, Missouri, New York or Toronto. But body-worn cameras must be deployed responsibly, and in consultation with communities and police. At a minimum they must work in the public interest, and not against it.

Robert Muggah is the research director for the Igarapé Institute in Rio de Janeiro and oversees research at the SecDev Foundation in Ottawa.

The Globe and Mail.