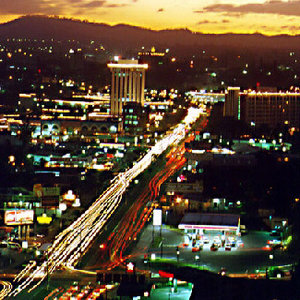 How El Salvador’s Gangs Stay Ahead of the Police Online

Over the last five months, El Salvador has suffered unprecedented levels of homicidal violence. According to the country’s Institute of Legal Medicine, more than 5,050 people were murdered this year at a rate of 18 killings a day. There were more assassinations in the past few months than in all of 2012 and 2013 combined. The country’s homicide rate today is almost 100 murders per 100,000 people, or 15 times the global average. El Salvador is not just having a few bad months—it is having a bad century.

And the problems keep getting worse. Following the dissolution of a controversial gang truce between rival groups last year—which temporarily halved the homicide rates but failed to reduce other criminal activities, such as extortion—the government doubled down on super mano dura (iron fist) policies designed to crush the country’s maras (gangs). The launching of an aggressive new police offensive known as the Reaction Police Group is linked to hundreds of deaths and disappearances of gang members. Law enforcement officers are routinely accused of using excessive force and massacring innocents.

Complicating matters, the country’s principal gangs—the Mara Salvatrucha (MS-13) and the Barrio 18—are coming apart at the seams. They are not only at war with the police and with one another—each is also waging a civil war within its own ranks. With the gangs purging and punishing “traitors” and “snitches,” the bloodletting shows little sign of abating.

Yet there is something different about the surge in murders over the past few months. Until recently, gang violence was mediated by members of the old guard from inside their prison cells. MS-13 leaders inside the notorious Ciudad Barrios prison directed operations using smart phones. Barrio 18 chiefs locked up in the Izalco prison sent out orders using text messages. Some of gang leaders even posted updates of their criminal activities to Facebook, MySpace, and Twitter. In one instance, a prisoner was caught using Facebook on his cell phone to order hits on rival gangs.

This all started to change in late 2013, when Salvadoran officials began blocking phone coverage and Internet access in prisons, as well as seizing thousands of phones from inmates. But as state authorities resorted to high-tech solutions to disrupt gang networks, gangs reverted to lower-tech tactics such as sending coded messages, known as willas, using pen and paper. With low-tech solutions comes miscommunication, however, and difficulties for gang leaders to send the right orders.

This gap in communication helps explain why command structures have fallen apart in MS-13 and Barrio 18, as well as some of the internal divisions affecting both groups. It also reveals why today’s gang violence is more uncontrolled and ruthless than before. It is the newer, younger generation of gang members—and not the veteran members—who are literally calling the shots in their respective organizations. Today, most Salvadoran gang violence is meted out by autonomous gang cells run by adolescents.

The gangs’ shift to online communication is no different from anyone else’s. They have the technology and they see the advantages. They also grew up with it: cellular phones reached the countryside quicker than landlines ever could have. But these younger, fragmented gang units are difficult to monitor. That isn’t because there is no data; El Salvador’s extensive gang networks have left a trail of posts online—whether it is through Facebook accounts, Twitter feeds, or other social media.

Although there is a wealth of intelligence available, it is hard to separate signal from noise. Gang culture is a pan-American phenomenon. While MS-13 and Barrio 18 factions, or cliques, are especially active in the northern triangle countries of Central America, they are also present in California, Virginia, 40 other U.S. states, and the District of Columbia. The proliferation of communication across borders makes it hard for authorities to weed out the bravado and bluster from the genuinely dangerous.

Although some Salvadoran gang members are clearly using social media sites to intimidate, brag, recruit, or sell drugs, most digital profiles claiming affiliation with MS-13, Barrio 18, or other gangs is false. Gang leaders seldom use their real names, few leave geolocation functions open on their phones or social media profiles, and networking sites are rife with imposters and teens who identify with the gangsta lifestyle. This makes it difficult to verify who is actually a gang member and who isn’t. Ultimately, every connection needs to be verified and triangulated, all of which is time-consuming and potentially invasive business.

Not surprisingly, real gang members are also getting savvier about whether to post and what ought to be put online. A recent ruling by the Salvadoran Supreme Court in August designated Salvadoran gangs as “terrorists,” which has had a chilling effect on gang activity in both the real world and in cyberspace. The social media presence of gangs was already shrinking after the ill-fated truce collapsed last year. In response to increasing vigilance and new wiretapping infrastructure, many gang leaders toned down their social media presence, and some abandoned the Internet altogether. Others turned to private social networks, such as the social messaging site WhatsApp, and other encrypted services.

Complicating matters, most Salvadoran (and other Latino) gangs do not stick to text-based messages. Groups like the Criminal Mafiosos Salvatruchos, Mirada Locos, and Mao-Mao post hand signs, tattoos, gang colors, and numbers like 3, 13, and 23 instead of traceable sentences. When gangs do use letters, they are often indecipherable codes. Gang slang is constantly evolving, making it difficult for automated computer programs to follow and track the activities of these groups and their networks.

In spite of police-led efforts to reduce online activity in prisons, gang leaders are still somehow getting commands to foot soldiers on the outside. Heavily armed gang members occasionally make demands and issue threats from inside and outside their prison cells, just as they’ve done in years past. Their presence, however, is shrinking: Facebook and Twitter profiles of recently captured mara leaders such as José Angel Turcios (El Trece), Dionisio Umanzor (El Sirra), and Elmer Rivera (Crook) were removed. The accounts of other captured gang leaders using aliases have fallen into disuse.

The political implications of gang activity in El Salvador are widespread. The government already struggles to prosecute gang members in the real world. A quarter of the over 31,000 Salvadoran prisoners are in pre-trial detention. To effectively pursue gang members in the virtual world, the country needs to make further updates to legislation to both block and collect data for analysis. It also needs a serious injection of human resources. Yet, in its detailed plan released in January, the government only mentions blocking cellular phone signals.

These virtual wars extend far beyond gangs in El Salvador. The migration of MS-13 and Barrio 18 to cyberspace means their operations are by definition transnational. Most criminal organizations are adjusting to the new Internet-based market just as quickly as regular consumers have turned to eBay and Amazon. The Internet is being used to facilitate everything from weapons trafficking in Honduras to the recruitment of hit men in Peru. It is also helping sustain some of the criminal economies fueling clashes between gangs, including prostitution in Colombia and petty drug dealing just about anywhere around the world.

What’s more, the relentless proliferation of new mobile digital communication platforms means that criminals can find workarounds in real life and online, staying one step ahead of the authorities. Before the severing of cell connection to the country’s jails, the Salvadoran Minister of Justice and Public Security reported that MS-13 inmates in Ciudad Barrios made 10,645 calls in a single month. One inmate is credited with making 4,345 calls alone, issuing orders on everything from the truce to luz verdes (executions). Today, incarcerated Salvadoran gang members can still procure illegal cell phones at the right price.

Online gang warfare has made life in El Salvador worse for virtually everyone. A recent edict supposedly issued by MS-13 requires that all women with blond hair and leggings (the trademark of its rival gang’s girlfriends) be murdered. Despite the gang’s subsequent protests that it had issued no such order, the message went viral. All the while, postings of violence continue being uploaded to social media, an unsettling anthem to Salvador’s never-ending gang war.

By Robert Muggah and Steven Dudley, on Foreign Affairs