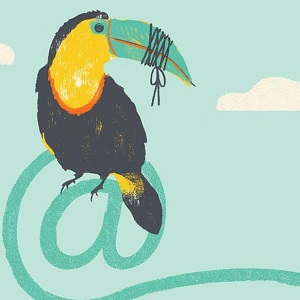 Civil liberties, online and off

Brazil’s friendishly complicated political and economic crises are sending the country into a tailspin. Ongoing investigations into corruption have reached the highest echelons of government and business, showing no sign of letting up. No one knows what will happen next, though the impeachment of the president, Dilma Rousseff, looks increasingly likely. One thing is clear, however: The scandals could do permanent damage to Brazilian civil liberties online and off.

Brazilians caught a glimpse of what is at stake last month. One of the country’s most respected federal judges dropped a bombshell after releasing wiretaps of private conversations between Rousseff and her mentor, former President Luiz Inácio “Lula” da Silva. The questionable manner in which the wiretaps were conducted — including tapping citizens not under investigation — prompted warnings from Supreme Court judges and the Attorney General that he’d gone too far.

We’ve seen this storyline before. Activist Brazilian judges and hard-line prosecutors have made a habit of seizing private encrypted data from suspects. Some of them have gone after social media companies, infringing on the rights of literally millions of people. And it is not just the judiciary and law enforcement who are piling on. Draconian surveillance legislation is accumulating in the country’s legislature. Alongside China, India, and Russia, Brazil is turning into a key front in the fight for digital liberty and a bellwether of what’s to come around the world.

Brazil’s muzzling of Internet freedoms is taking place far from the global headlines. The latest controversy flared up in the unlikeliest of places, the northeastern state of Sergipe. There, Marcel Maia Montalvão, a judge from the dusty town of Lagarto, requested WhatsApp to hand over data belonging to suspected drug traffickers. WhatsApp refused to comply, racking up millions of dollars in fines. A company spokesperson said that it couldn’t hand over the requested data even if it wanted to.

This is not the first time that activist Brazilian judges have taken on WhatsApp. Last December a magistrate from São Bernardo do Campo in São Paulo ordered national telcom operators to block access to WhatsApp for 48 hours, due to the company’s unwillingness to hand over private data. A second judge overturned the decision but only after inconveniencing more than 100 million Brazilian users. This came as a shock to WhatsApp, which was acquired by Facebook in 2014 and today has more than 1 billion users worldwide. Brazilians use the app because of its reputation as a secure communications platform, but also because it is an affordable alternative to exorbitant cell phone fees.

And the WhatsApp saga extends even further back. In February 2015, another judge from Brazil’s Piauí state requested that WhatsApp be blocked for not assisting in an ongoing pedophilia case. Other companies like Apple and Google have had run-ins with Brazilian law enforcement. In 2012, for example, Google Brazil’s director general was detained for the crime of “disobedience,” having failed to take down YouTube videos that allegedly slandered a mayoral candidate.

Meanwhile, back in Sergipe, Judge Montalvão took measures into his own hands. He had Diego Dzodan, Facebook’s most senior executive in Latin America, taken into custody on his way to work. Dzodan spent the night in jail before being released. Facebook described the actions of the presiding judge as “extreme” and “disproportionate.” WhatsApp reminded the authorities that because their app uses end-to-end encryption, the requested data is simply not theirs to give.

These judicial measures are not occurring in a vacuum. They are unintentionally bolstering efforts by right-wing politicians to pass the so-called “Big Spy Bill.” For months, Brazil’s Congress has deliberated over legislation to roll back key provisions of the country’s landmark digital rights framework, known as the Marco Civil da Internet, passed in 2014. The proposed law would require citizens to register personal details when accessing websites and make it easier for public figures to sue for libel for online comments they consider defamatory.

Complicating matters, Brazil’s Parliamentary Commission on Cybercrime just issued its final report, which proposes seven new bills for 2016. The Commission’s recommendations emphasize increased digital surveillance and censorship rather than measures to prevent and prosecute cybercrime. One proposal would require Internet service providers to divulge personal information linked to a user’s IP address when requested by the police or public prosecutor without a judicial order; another would give judges the power to block online services or apps. The Commission is scheduled to vote today on whether to send the draft legislation for debate in the full lower house. If passed, these initiatives will amplify the Brazilian government’s power to surveil the Internet.

The lines are drawn. On one side are multinational tech companies aligned with civil liberties groups who are defending open expression and rights to privacy. On the other are Brazil’s justice and law enforcement authorities and politicians seeking to expand the state’s surveillance and investigative capabilities. What’s missing is a sense of proportionality. The central debate between the two sides should be how to balance the legitimate needs of the criminal justice system with citizens’ personal freedoms, online and off.

This fight for digital sovereignty is hardly confined to Brazil. There are strong parallels between the case in Sergipe and the dispute between Apple and the FBI over accessing the smart phone files of a San Bernardino terrorist. President Obama even waded into the debate in favor of law enforcement’s prerogative to access encrypted content on mobile devices. Unlike Brazil’s Congress, however, some US lawmakers are challenging the Department of Justice’s interpretation of what is permissible under the law, as evidenced in a recent grilling of FBI director James Comey by the House Judiciary Committee.

Yet American officials are also reportedly weighing legal strategies against WhatsApp, as are mobile operators in Brazil, which have been studying legal and economic mechanisms for disrupting use of WhatsApp, including judicial action against the company, according to Reuters.

Indeed, the rash of judicial injunctions, detentions and legislative proposals around social media in Latin America’s largest democracy are hardly isolated incidents. Rather, they are part of a broader, systematic strategy to crack down on Internet freedoms in the country. It’s a battle playing out across the globe. Brazil is simply one of the front lines.

By Robert Muggah and Nathan B. Thompson
Opinion editorial published in 27 April 2016
The Boston Globe