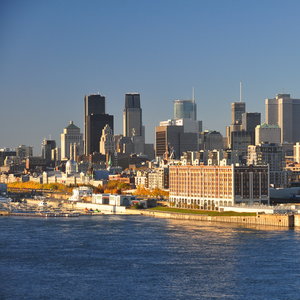 Canada can reverse city fragility around the world

Port-au-Prince is a city on the edge. Six years after a devastating earthquake shattered the capital and left tens of thousands dead, the city is still in partial ruins. There are signs of progress in the city of roughly 2.2 million—newly constructed roads, hotels, and government buildings—but the recovery progress has been painfully slow.

And rather than giving rise to more inclusive urban planning, new slums have sprung up including Canaan-Jerusalem, a sprawling settlement on the outskirts of the city. Almost 80,000 people displaced by the disaster last year still lived in 105 sites scattered across the metropolis. It is an archetypal fragile city.

As odd as it sounds, Portau-Prince presages the future of urban living for most of the world’s population. The world is urbanizing at a blinding pace. The statistics are familiar. Cities are growing by roughly 65 million residents each year. At this rate, more than fi ve billion people will live in cities by 2030.

But not all parts of the world are growing at the same pace. Tomorrow’s turbo-urbanization will occur not in North America or Europe, but in the sprawling metropolises and slums of cities like Karachi in Asia or Dar es Salaam in sub-Saharan Africa.

Cities are impressive natural experiments. Some of them generate immense prosperity and progress. Others sputter and fail to lift off. All of them experience varying levels of fragility. Notwithstanding the resilience of city residents in places such as Port-au-Prince, their coping levels are stretched to the breaking point. And Haiti’s capital is not alone: many cities in low- and middle-income countries are reaching a breaking point. Even mature megacities like Cairo, Los Angeles, and Paris are susceptible to fragility risks.

What makes a city fragile?

City fragility is easy to describe but diffi cult to defi ne. It emerges when the social contract that binds municipal institutions and residents starts to unravel. When municipal authorities are unable or unwilling to deliver basic services to citizens (or worse, when they explicitly repress citizens), people lose confi – dence in their government.

In such situations, parallel forms of power — from violent extremists to organized crime and street gangs— emerge to fi ll the gap.

Some cities are evidently more fragile than others, including Aleppo, San Salvador and Mogadishu. But we know surprisingly little about how fragility is distributed.

One reason why we suffer from this knowledge gap is because there is no global data repository on cities. Surprisingly little is known about the world’s 55,000 or so urban settlements.

Another challenge is that fragility is neither constant nor easily predictable. Ostensibly “stable” cities can exhibit destabilizing characteristics at the neighborhood level. Even cities like Brussels and Paris exhibit fragility zones such as Molenbeek and Bondy. The research shows that where social disorganization reaches a certain threshold, above-average crime and even radicalization and extremism can follow.

What if it were possible to compare fragility risks across cities? A new digital platform developed by the Igarapé Institute and partners such as the United Nations University, the SecDev Foundation, and Global Affairs Canada can do precisely that.

The data visualization is based on a review of the science of urban instability and more than 100 datasets. While still a work in progress, it features data on 2,137 cities with populations of at least 250,000. The platform also includes a fragility scale (with 1 being low and 5 being high risk). The scale is based on 10 indicators that are statistically associated with city fragility. While still early days, some of the findings are instructive.

The data visualization shows how city fragility is not limited to poor countries. While urban fragility is concentrated in Africa and Asia, there even more cities ranking high on the fragility scale (scoring at least 4 or 5) in medium- and upper-income settings as in low incomes ones.

Cities like Baltimore and Naples, for example, register comparable fragility scores to Cali and Cape Town.

Fragile cities also aren’t restricted to countries affected by war. In fact, there were twice as many fragile cities on the fragility scale outside of confl ict zones than in them.

The most rapidly expanding cities appear to be most at risk of fragility. Most of the world’s cities are growing at between zero and three per cent. Yet the most at-risk cities are those that are growing at a pace of four per cent or more. Haiti’s rate of urbanization is hovering at between 3.6 and four per cent. Associated risks are especially acute in Africa, the Middle East, and Asia where the vast majority of future city population growth is projected.

How to make cities safer

The silver lining is that city fragility is reversible. There are examples of the world’s most violent and unstable cities, such as Ciudad Juarez, Medellin, and Sao Paulo, turning things around. Many of the major cities in the United States also witnessed a dramatic fall in violent crime since the early 1990s, even if some of them registered a modest spike in 2015. There are important lessons from the Americas—a region that has gone through its demographic transition—that are applicable to other parts of the world where run-away urbanization is taking place.

A precondition to getting fragility under control is enlightened leadership, especially successive mayors who make a plan and stick with it. This is not as straightforward as it sounds. But when city leaders, business groups and civil society associations are able to work together to define common problems and develop data-driven solutions, safety often follows. And with improvements in real and perceived security comes a renewed trust in city institutions.

But caution: the fact is that many researchers are still struggling to fully understand what explains crime drops in cities, even in data-rich settings like Canada.

What are some of the proven ways to make cities safer and less fragile? For one, mobilizing more police and prisons is not the most cost-effective solution. Instead, cities that invest in focused deterrence often see pronounced reductions in crime and associated victimization. These effects are amplifi ed when they also invest in positive police-community relations and participatory forms of governance in low-income communities.

Among the most powerful ways to turn things around is by investing in inclusive open spaces, predictable public transport and data-driven prevention, not least crèches for single mothers, conditional cash-transfers targeting lowincome families and rehabilitation programs for at-risk young adults.

Canada has a unique opportunity to promote resilience in some of the world’s most fragile settings. In fact, the Federation of Canadian Municipalities already is. With funding from Global Affairs Canada, the FCM is promoting economic policy in cities from Bolivia and Burkina Faso to Mali and Vietnam. The federation is also working with metropolitan Caribbean and Ukrainian partners to stimulate business investment. And it has worked with local authorities in Port-au-Prince and elsewhere to strengthen local democracy and development.

There are no simple solutions to dealing with city fragility. To turn sprawling cities like Port-au-Prince around, planning authorities, businesses and citizen groups need to come to grips with the risks associated with rapid urbanization, but also with the many available solutions.

The good news is that networks such as the Federation of Canadian Municipalities can potentially help empower citizens to make their cities safer and more livable. This in turn can reduce risks of violence and extremism. Mayors from successful cities are already sharing best practices to help struggling municipalities. There are exciting opportunities for Global Affairs Canada to amplify what works at home, abroad. In doing so, it could make a real dent on city fragility at a global scale.