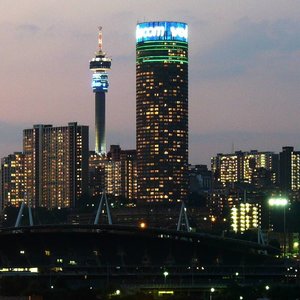 The battle for the country will be won or lost in cities: expert

Over the past weekend, the ruling party was the first to launch its much anticipated election manifesto in what is considered one of the most hotly contested metro municipalities, the Nelson Mandela Bay Metro.

Together with Tshwane and Johannesburg, the Mandela Bay Metro is considered one of the metros where the ruling party’s support is in decline. While this metro is important for political and perhaps also symbolic reasons, given its name and the province in which it is located, losing the bigger metros like Tshwane, the countries administrative capital, and Johannesburg, its economic hub, will be much more significant.

The importance of cities is increasingly being acknowledged. For the first time in the 15 year history of local government in South Africa, the battle for the soul of the country will be won or lost in its major cities.

Or as Robert Muggah, director of the Igarape Institute in Brazil, notes ‘the fight for future security and development will be won or lost in the metropole.’ He reiterates the point that is increasingly being made that urban and city growth will not occur in the already developed countries like North America and Western Europe but will instead be concentrated in the cities of Africa and Asia.

The decision by the African National Congress (ANC) to launch its manifesto in one of the country’s metros, and the forthcoming launches of the two biggest opposition parties, the Economic Freedom Front (EFF) and the Democratic Alliance (DA), in Johannesburg, is calculated. In a local government election year, it is only relevant to focus on the cities.

To achieve the future of an inclusive society envisaged in the Freedom Charter and the South African Constitution, we need to focus on how cities are planned, managed, and supported. Human beings around the world have always moved in search of various opportunities, resources etc., and the development of cities are a direct result of this.

While in earlier times societies settled close to water and other energy sources and were able to live more compactly, in recent times the introduction of motor vehicles led to the current sprawling and fragmented urban formations.

The introduction of apartheid planning with its deliberate spatial segregation has exacerbated the inefficient nature of our cities.

Over the past two decades South African cities have begun to mature. From fledgling, fragmented institutional arrangements and huge service backlogs, South African cities are beginning to emerge as centres of human energy, basic services, innovation and knowledge generation, where the agglomeration of knowledge and service industries are key to inclusive and efficient urban development.

Cities are not just human settlements anymore, but spaces where the dividends of power and politics matter most. It is not just the large metros like Johannesburg and Tshwane, but also the secondary cities that are important.

Urban areas like Rustenburg, Mbombela and Emfuleni are considered important intermediate cities. Increasingly, it is argued that the biggest urban growth will occur in these ‘secondary’ cities.

According to Muggah, the cities that will be successful are the ones that will be able to anticipate, plan for, and respond to the fragility and precariousness of the most insecure and vulnerable urban dwellers. Furthermore, it is important to recognise the changing demographic shape of the city.

The average urban resident is younger, more vocal and industrious, will in future constitute the largest segment of the urban population and will thus be the ones responsible for driving the form, shape and function of our cities.

Political parties may have begun to recognise the importance of cities for their evolving role, their economic relevance, their potential for higher levels of efficiency due to the frequency and location of industry, knowledge and innovation generated in urban centres.

However, there is an important balance that needs to be struck between harnessing the potential of the city and responding to the current realities evident in them.

Over the past 15 years the Nelson Mandela Bay Metro, Tshwane, and Johannesburg have been the sites of protest for basic services and access to economic opportunities. While there has been major progress in providing essential services, shelter opportunities, and increased access through large scale transport interventions over recent years, the more fundamental and longer term transformation of the urban economy has been more challenging.

Regardless of who ‘captures’ the cities in this local government election, how cities are financed and supported to achieve more fundamental change is critical.

It is crucial that those who govern cities understand how urban residents evolve in terms of their use, inhabitation, claim of and innovation in urban spaces, and how this will affect the future city.

Sithole Mbanga is the CEO of the South African Cities Network (www.sacities.net), an established network of South African cities and partners that encourages the exchange of information‚ experience and best practices on urban development and city management.

It is an initiative of the Minister for Cooperative Governance and Traditional Affairs (COGTA) and eight of the country’s largest municipalities‚ in partnership with the South African Local Government Association (SALGA).